[dropcap style=”font-size:100px; color:#992211;”]A[/dropcap] lifelong diet rich in omega-3 fatty acids can inhibit growth of breast cancer tumours by 30 per cent, according to new research from the University of Guelph.

Put the tuna on the fish, put eggs in the basket, I’ll clean the desk!

The study, published recently in the Journal of Nutritional Biochemistry, is believed to be the first to provide unequivocal evidence that omega-3s reduce cancer risk.

“It’s a significant finding,” said David Ma, a professor in Guelph’s Department of Human Health and Nutritional Sciences, and one of the study’s authors.

“We show that lifelong exposure to omega-3s has a beneficial role in disease prevention – in this case, breast cancer prevention. What’s important is that we have proven that omega-3s are the driving force and not something else.”

Breast cancer remains the most common form of cancer in women worldwide and is the second leading cause of female cancer deaths.

Advocates have long believed diet may significantly help in preventing cancer. But epidemiological and experimental studies to back up such claims have been lacking, and human studies have been inconsistent, Ma said.

“There are inherent challenges in conducting and measuring diet in such studies, and it has hindered our ability to firmly establish linkages between dietary nutrients and cancer risk,” he said.

For their study, the researchers created a novel transgenic mouse that both produces omega-3 fatty acids and develops aggressive mammary tumours. The team compared those animals to mice genetically engineered only to develop the same tumours. 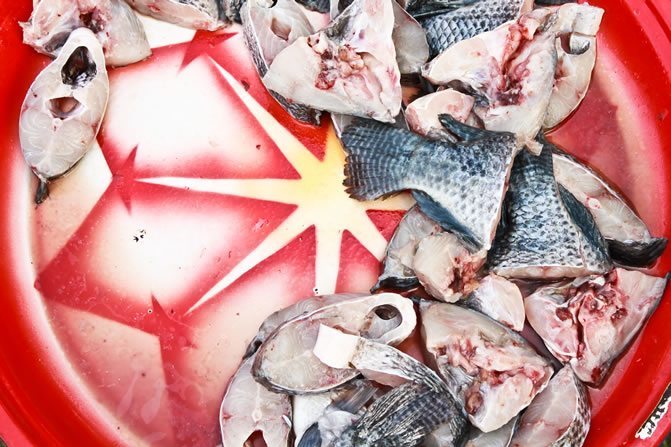 “To our knowledge, no such approach has been used previously to investigate the role of omega-3s and breast cancer.”

Mice producing omega-3s developed only two-thirds as many tumours – and tumours were also 30-per-cent smaller – as compared to the control mice.

“The difference can be solely attributed to the presence of omega-3s in the transgenic mice – that’s significant,” Ma said.

“The fact that a food nutrient can have a significant effect on tumour development and growth is remarkable and has considerable implications in breast cancer prevention.”

Known as an expert in how fats influence health and disease, Ma hopes the study leads to more research on using diet to reduce cancer risk and on the benefits of healthy living.

“Prevention is an area of growing importance. We are working to build a better planet, and that includes better lifestyle and diet,” he said.

“The long-term consequences of reducing disease incidence can have a tremendous effect on the health-care system.”

Next Story:
No Score Draw : How Movie Music Fails Us