Bald men insist it's a sign of virility. All that rubbing against the headboards, dontcha know? Still, it might be worth looking a touch less vigourous in return for a full pelt, no?

A new study points to compounds that may delay common male-pattern baldness.

The findings suggest that prostaglandins, short-lived substances made from fatty acids that play a role in most body functions, may also control hair-growth speed. Androgenic alopecia or male pattern baldness is the most common cause of hair loss and thinning. Researchers suspect the condition is triggered by some combination of hormones and genetic predisposition, but they haven’t pinned down an exact cause.

Only two medications are approved to treat baldness, Minoxidil (Rogaine) and Finasteride (Propecia, Proscar), and they produce varying results. Analyzing the scalps of more than 22 men with male pattern baldness, Luis Garza and colleagues identified a major difference between bald scalp tissue and hair-covered scalp tissue taken from the same individual: the bald scalp contained high levels of a prostaglandin called D2, which has not been previously linked to hair growth.

The researchers added increasing amounts of prostaglandin D2 to human hair grown in an explanted follicle in the lab, and observed that prostaglandin D2 blocks hair growth in both humans and mice. The team also pinpointed the exact receptor through which prostaglandin D2 halts hair follicle growth, a protein called GPR44. Drugs that inhibit GPR44 should delay male pattern baldness, the authors propose. If these results are successfully repeated by outside labs, clinical trials will test the efficacy of GPR44-inhibiting drugs in bald men. (Interestingly, drugs which block this receptor are currently in clinical testing for asthma.)

Source: University of Pennsylvania School of Medicine in Philadelphia, PA. 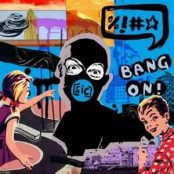