Showing the depth of the songbook at Bury Met [Mostly Autumn]

Shaking up the setlist in such a radical way was a bold move, but a very welcome one 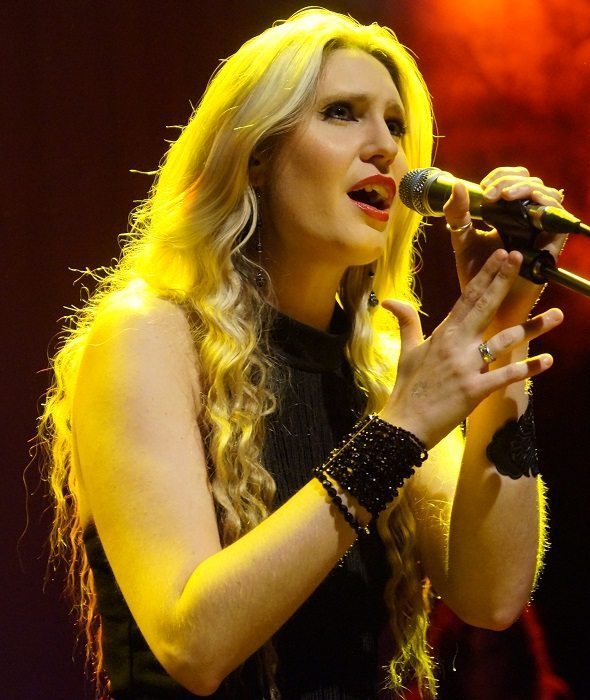 The multi-purpose arts centre is a contrast the rock clubs the band frequently play, but it’s a great venue, with excellent sound and always pulls a sizeable and enthusiastic crowd. There is a reason why they’re not the only band who have chosen the venue to record live albums.

Mostly Autumn have always been a band of constantly-changing lineups, and this tour was no exception. Angela Gordon is back for this run of gigs on flute, backing vocals and keyboards because of Anne-Marie Helder’s commitments with Panic Room clashing with the early dates of the tour. Angela was part of the band from the early days through to 2007.

The band are still promoting their 2014 album Dressed in Voices and playing the album in full. Last year they played a greatest hits set as the first half of the show, with the new album following after the interval. This time Dressed in Voices was the first set. Tonight was the first time drummer Alex Cromarty has played two-handed since his accident at HRH Prog back in March, and the set included his showcase number “Skin on Skin” which was once again a highlight. Iain Jennings also excelled with some Ken Hensley style walls of Hammond on the heavier parts. As a concept piece the whole is more than the sum of the parts and the powerful and intense work benefits from being played in its entirety.

Anyone expecting a predictable set of well-worn standards in the second half was in for a surprise, for the bulk of the set was material they hadn’t played live for many years. They kicked of with a belting version of the instrumental “Out of the Inn”, which begins as an acoustic flute showcase and ends as a barnstorming hard rocker. They included “Candle in the Sky”, an atmospheric epic from 2005′s Storms Over Still Waters; the multi-part “Pass the Clock”; “Hold The Sun” from Go Well Diamond Heart; a beautiful “Silhouette of Stolen Ghosts” from the Dressed in Voices bonus disk, and Chris Johnson singing lead on “Silver Glass”. But the highlight was a stunning “Hollow”: a ballad that had been a staple of Breathing Space’s live set, but never played by Mostly Autumn themselves for more than a decade.

After all those deep cuts and rarities, they ended with the signature tunes “Evergreen”, “Questioning Eyes” and “Heroes Never Die”.

This was a set that emphasised the atmospheric celtic-progressive side of their music rather than the hard rock that had characterised Mostly Autumn shows of the recent past, and the choice of songs took advantage of Angela Gordon’s presence in the band by showcasing her flute playing. Shaking up the setlist in such a radical way was a bold move, but a very welcome one, and demonstrates the depth of the songbook after ten studio albums. 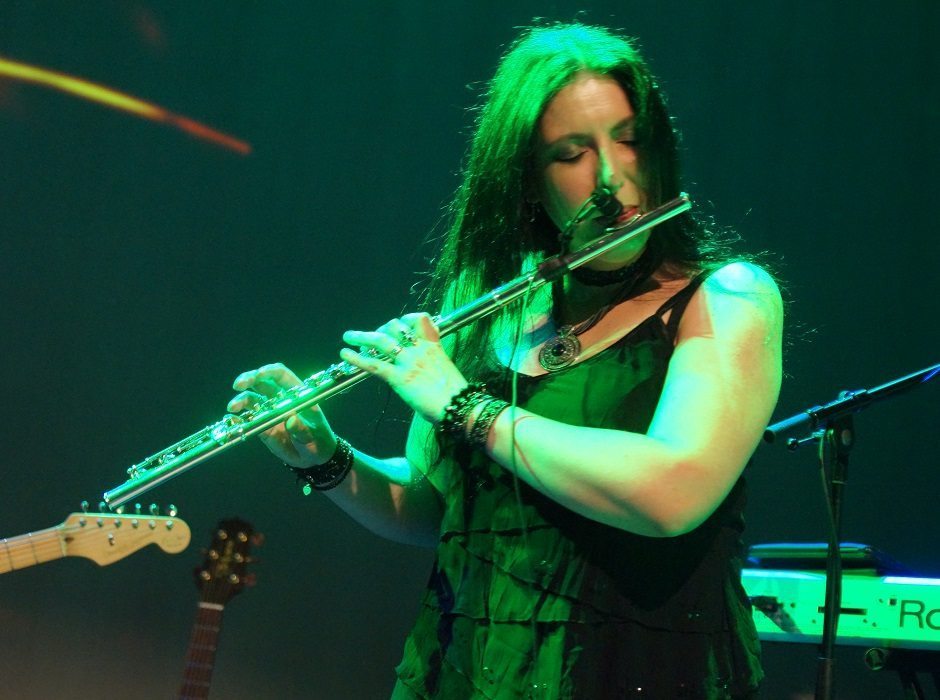 Even if there was still the occasional rough edge on more complex numbers, it’s good to see them get out of the band’s (and audiences’) comfort zones. Next gigs on the tour are at Edinburgh and Bilston on 6th and 7th of June.