Now that the crossfire has died down, Col. Jon pokes his head up from behind the outhouse to review Viva Le Pink’s London Crawlin’ EP. Warning: Contains the word ‘Psychobilly’. 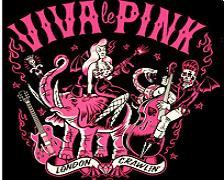 Ahhh, a humid day on the banks of the ole’ Mississippi with the old man Col. Jon Sr.

The Catfish are jumping like crazy this week and with a glass of Jack in hand, Kid Congo and The Pink Monkey Birds on the stereo and a pot of jambalaya on the stove, the world seems like a good place right now.

The electronic postman has stopped by again this week with another music release. It would seem that no sooner does one draw the line on something than it just gets pushed forward. As someone once said, “Just because I said something yesterday, doesn’t mean I mean it today”.

Crossing the line this time is Missy Le Pink. Billed as Psychobilly’s (yes that word again) new she-devil and teamed with The Klingonz/Nigel Lewis and the Zorchmen’s Phil Doyle and The Specials’ Terry Edwards, together they become Viva Le Pink. This little combo will surely be embraced and adopted by the bubbling Psychobilly community (lordy, lordy it needs more acts like this), but the sound produced here is far more deserving than a paltry Psychobilly tag, and let’s pray Missy Le Pink doesn’t get pigeonholed that way, as a wider audience for this music is needed.

Some may say a bandwagon is being jumped upon here, but regardless of that piffle, their debut EP, London Crawlin, (refreshingly) does everything it says on the tin and is most certainly well worth a listen. (After all, good music is good music). On first spin, this EP appears to be very well produced and executed, virtually faultless.

There is a nostalgic feel of the ‘80s Rockabilly sound coming through on this disc and for some reason, between slugs of whisky, echoes of The Shillelagh Sisters came to mind (Y’all remember them gals don’t ya?). Whatever, there is certainly a lot more here than just a kick back to yesteryear. 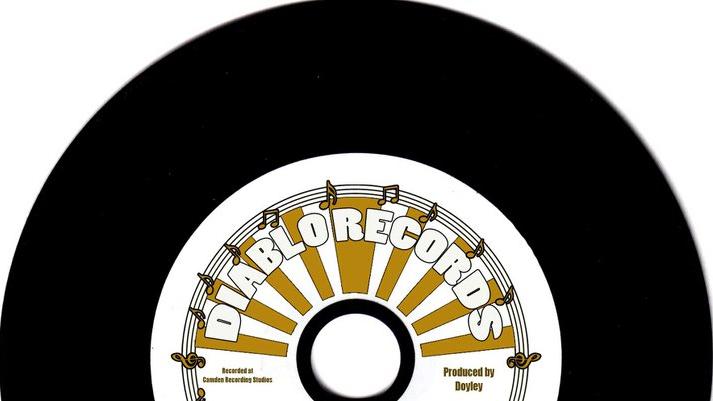 Country, Rockabilly and Psycho Rockabilly can all be heard on these three tracks and London Crawlin’ contains two of Missy’s own compositions. ‘Hell Kitty’ with sexy sax and guitar licks, a humping beat and dirty little vocal, is Crampsy in places. Country-born ‘Queen O’ Jack’ has some really sweet guitar picking coupled with an undercurrent of warming rhythmic arse-slapping bass. The third and final track to finish us off is a ballsy jump-jiving, driving cover of Wally (Rockabilly Hall of Fame) Willette’s 1959 booze-sodden ‘Pink Elephants’. Surely this is worth raising a glass or bottle to (any excuse, I know).

This girl power sure is fine to me, having always been a supporter of bands such as Devil Doll, although the US appears to be a good few blocks ahead than the UK when it comes to rocking the female frontage. I hope there’s more, but these cats and kittens have been only the second UK offering of this ilk I have experienced over the past year (the other being the recently departed Screamin’ Sugar Skulls).

I certainly intend to catch Viva Le Pink on my return to London and hope (objectively, with fingers crossed) the same passion and energy I witnessed at the ‘Skulls live performance can be reproduced to match the quality of the music. Watch this space.

To finish, this EP has certainly had its chrome polished and that’s for sure (there’s nothing wrong with a bit of buffing). The expert musicianship from its scene veterans shines through to put a Lemon Pledge sparkle on its windshield.

There is that Psycho Rockabilly undercurrent, but it’s clean and sharp with impeccable bass and drums and that much-appreciated smattering of horns. All this fronted by a pin-up girl wielding a huge Gretsch guitar, (a la Poison Ivy) who once fronted Suck Baby Suck. The girl delivers, so what more could a poor boy need?

Oh, great music to one side, Missy has a mind for business too and is also the very proud owner of Missy Le Pink’s Tattoo Tonic, a vegan-friendly product no less. With the audience Viva Le Pink are sure to attract, business will be a boomin’ at the merch’ stall (as I hear her wares are pretty damned good).
Me? I’d have a line in Wallet Chains too.