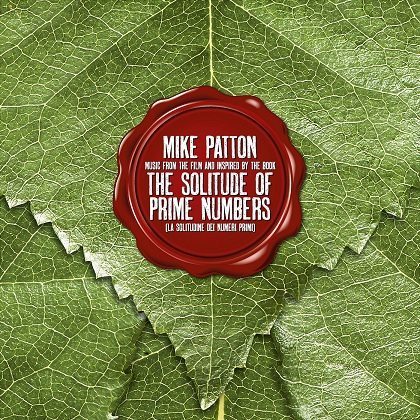 Everyone loves an outsider.

In the music world, especially, the only way to guarantee any kind of career longevity would appear to be to be to maintain such an unbending individualism that the rest of the world has no choice but to fall in step with you. One man who embodies this ethos more than most is Mike Patton.

It doesn’t take a seasoned musicologist to work out that anything new from Mike Patton is going to be, at the very least, somewhat out of the ordinary. You’re fairly unlikely to find yourself planning a dinner party, thinking – ‘hmm, I need some background music, something chilled-out, undemanding and unobtrusive – Mike Patton, anyone?’

Mike Patton is going to be, at the very least, somewhat out of the ordinary

Patton’s previous projects have plotted a sinuous course through the realms of the bizarre, from the carnival metal freakshow of Mr Bungle and Faith No More, always the most unhinged band of the 90’s, through noise/rock experimentation with Tomahawk and Fantomas, hip-hop as General Patton with the X-ecutioners, to the omni-directional weirdness of Peeping Tom. Whatever expectations there may be of him, and to whatever extent he may care or not, he has only ever ploughed a distinctive, singular furrow.

But, the crafty old devil, that’s exactly what he’s done. You’d never know it was Patton’s work upon hearing it. A collection of brief, sparsely-orchestrated movements tied together by themes that seem to mirror each other, it takes the orchestral elements present in his recent Mondo Cane project and reduces them to less bold, yet more precise contours. Though he has tried his hand at film scores before, with A Perfect Place and the somewhat lower-brow Crank 2, neither was anywhere as accomplished or coherent, albeit anomalous, as The Solitude of Prime Numbers.

Thus it is that it shouldn’t be viewed in the context of Patton’s catalogue, but instead as an entirely new venture. In fact, the best approach is to forget that it’s even his work at all, and focus on its individual merits.

Much of The Solitude of Prime Numbers is utterly beautiful. Though the palette Patton utilises is fairly limited, the space this creates is integral to the otherworldliness of the music. With little more than piano, synth and a handful of string instruments, he creates something that is both cinematically widescreen and desolately introspective in equal measure.

A major disadvantage to the listener is the absence of the film itself to marry to the music, which follows a fairly obvious narrative structure, undergoing subtle transitions from one piece to the next. This is fairly important, given the subject matter of both book and film, an academically complex tale concerning the dysfunctional lives of two isolated, unrelated characters whose lives reflect each other as they follow paths seemingly dictated by prime numbers. I won’t pretend I fully understand the concept, as I’d like to think I’ve always been a bit too cool to be that consumed by maths (or not quite intelligent enough), but it’s certainly an unusual enough idea to give Patton plenty to play with.

That said, you get a feel for the themes running through it almost immediately. The floating, dreamlike innocence of  ‘Twin Primes’ segues into the lush melodic whimsy of ‘Identity Matrix’, the recurring piano line stirring in its lightness of touch. This esoteric serenity is not to last, though, and, throughout the following pair of tracks, ‘Method of  Infinite Descent’ and ‘Contrapositive’, we go from subconsciously menacing drone to glacial emptiness, punctuated only by stark piano.

if you’re not feeling a skin-crawling sense of unease by this point, you may want to have yourself tested for neurological disorders

By the time we get to ‘Cicatrix’, the disturbing undertow has morphed into a full-on torrent of nightmarish sounds, clashing and tumbling chaotically over one another as they drag the listener toward some unnamed horror.
It’s potent stuff, and if you’re not feeling a skin-crawling sense of unease by this point, you may want to have yourself tested for neurological disorders. The evocation of burgeoning chaos and the attendant mounting intensity is handled masterfully, even more amazing considering its author’s rock-centric background. Patton resolves this darker segment of the film with the brooding, undulating ‘Abscissa’, suggesting a period of emotional trauma resulting in a bleak, yet cautiously hopeful outlook.

This brings us into a period of alleviation, the lovely ‘Isolated Primes’ acting as a gentle caress in relation to the implied violence of its predecessors. The malevolent undercurrent still ebbs beneath, however, and, as The Solitude… progresses, the twinkling pianos and swirling string melodies are constantly on the verge of being overwhelmed by waves of electronic discord and disquieting swells that never allow the listener to be completely at ease. There are clearly strong emotional notions at play here.

If only the true thematic context of the film were available in conjunction with the album, it would be possible to appreciate it to its full extent. As it is, it seems just a little too distant to completely enthral. Another quibble would be the relative brevity of each track- though the interconnecting themes may continue, some segments can feel frustratingly unfulfilled.

Overall, though, regardless of how much of a ‘departure’ it may be for Patton, it remains an engaging, accomplished and intriguing piece of work. For his diehard fans, it remains to be seen whether it is received as manna from heaven or an aberration, but, if listening with fresh ears, it represents many of the best traits of soundtrack scores and modern classical music in general. For Patton himself, it’s certainly a worthy addition to a brilliantly broadminded career.

The Solitude Of Prime Numbers is out now on Ipecac