Any album by a band's vocalist going solo needs to justify its existence by revealing some sort of personal vision, some characteristic that wouldn't be found on work by the band.

Searching for that facet in The Heart is a frustrating process. Which is which anyway? Jimmy Gnecco's band, Ours, has seen twelve members rotated since 1990, with Gnecco himself seeming the only constant.

Ours, has seen twelve members rotated since 1990

In style, the sound is similar to Ours, especially in the moments where Gnecco pushes his voice to the howling intensity for which he is best-known. But it is in the moments where he relaxes, croons, and cajoles the listener that the point of a solo album becomes clear. The buzz surrounding the album coalesces on the names Jeff Buckley and Thom Yorke. The first of those is fair – the near-falsetto upper range of Gnecco's voice does owe much to Buckley's. As for Yorke, well, some of the phrasing bears a passing similarity, but little more than that.

It's possible that there are so few mainstream male rock vocalists who sing with full commitment to their lyrics that it's inevitable that those who do are compared to each other. James Dean Bradfield or Dave Grohl might just have easily been the names cited; they have the same utter conviction when they deliver a line, whether they sound similar in any other way or not.

the same utter conviction when they deliver a line

It's not a case of over-emoted lyrics that makes Gnecco's songs interesting – if creating a compelling vocal style were as simple as that, Michael Bolton would win every time. Nor is it a case of posturing or image – Metallica's James Hetfield covers much of the same vocal range, but does so from behind such a swaggering wall of studied gruffness that there is almost never an emotional connection with the lyrics he sings.

What Gnecco offers is something more intimate and honest. As seems obvious, when you strip away the support mechanism of a band and producer, what remains is inevitably more personal. Egotistical, it may be, the very act of deciding to release a solo record involves a chunk of self-indulgence. In this case though, the album stops short of outright megalomania, but there are definitely moments where the opinion of a trusted bandmate would have been useful.

The Heart, X Edition is one step further into the process of personal gratification for Gnecco though, in that it is a selection of tracks from the earlier version of the album. That original album, released in 2010, was an overweight, meandering affair, fifteen tracks long. That he has culled it down to nine of those original tracks (plus one new song), as well as enlisting the services of a full band (the earlier version was mostly played by Gnecco himself) suggests that he acknowledges the need of a second opinion on occasion.

One with the clout needed to veto certain tracks. 'These Are My Hands' for example, is a horrible, overwrought piece of sub-U2 landfill indie, designed to be chanted at festivals and doing nothing to stretch Gnecco's vocal or emotional range. Considering that the rest of the album features vocals so honest and committed that they are its single defining feature, the track sticks out starkly. Happily, it is the anomaly. Where Gnecco excels is in the moments where he simply allows his vocal to convince with tone and melody, without depending upon the crutch of anthemic vocal hooks and repetitions.

'The Heart's' gypsy guitar, handclaps and hispanic tone brings Jane's Addiction to mind, as does 'Bells'. Something in the interplay between guitar and bass in the latter goes one step further – sounding remarkably reminiscent of Dave Navarro's solo album Trust No One, and of his various collaborations with Flea. Intensity is the common link. 'Gravity', which fans of Ours will know from live shows, is a sweet (yes, sweet) uplifting tune whose jaunty melody conflicts somewhat with its plaintive (although hopeful) lyrics.

remarkably reminiscent of Dave Navarro's solo album Trust No One

Somewhere between the edgy New Jersey urban angst of his origins, and the laid-back rock expansiveness of his current Los Angeles home, Gnecco will eventually locate the sound that defines him. His voice, the most personal part of that, is in the bag. His lyrics – intimate and honest, are not far off either. What the album lacks, and it is ironic, is a producer. Someone to define and develop the quintessence of the man's music. The Heart, X Edition is too obviously haunted by the presence of both Steve Lilywhite and Rick Rubin, both of whom have produced albums by Ours. It is the familiarity of the production which draws all those confused comparisons being made by tastemakers and rock writers. 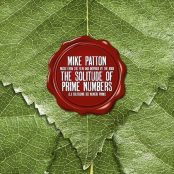