Migrant Shipwreck to Be Shown at Venice Biennale

The damaged boat, shown by artist Christoph Büchel, will stand as a powerful testament to the hundreds of migrants who have died crossing the Mediterranean Sea. 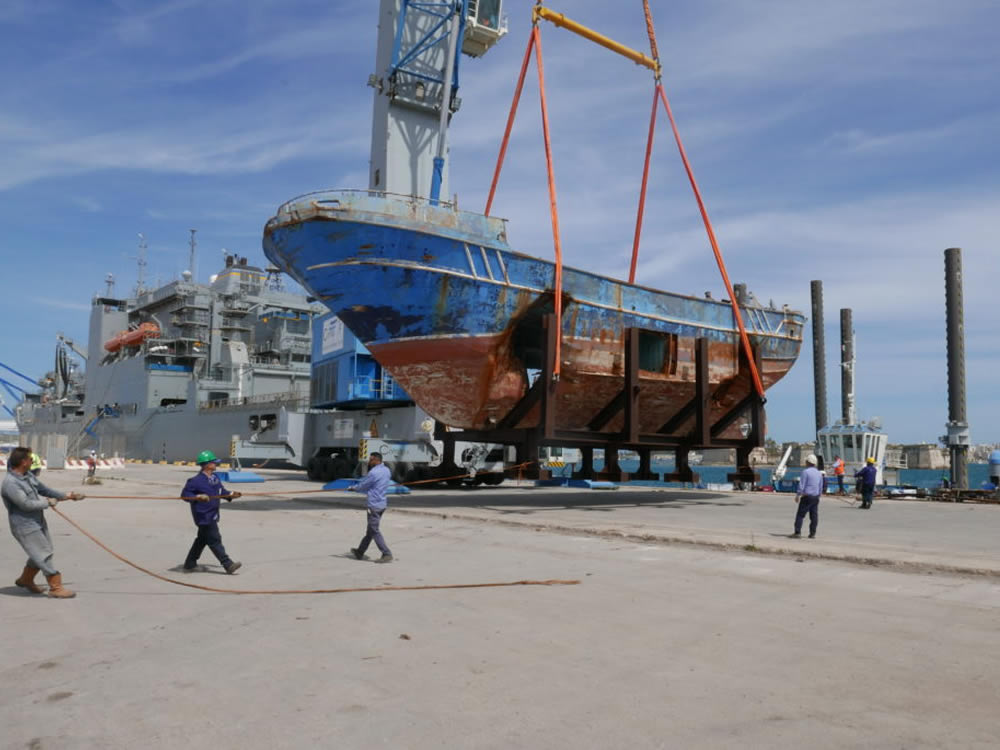 [dropcap style=”font-size:100px;color:#992211;”]T[/dropcap]he remains of one of the deadliest migrant shipwrecks in recent Mediterranean history will be docked in Venice for the city’s biennale as part of a project by Swiss-Icelandic artist Christoph Büchel.

In April 2015, the ship — designed to carry a crew of 15 people — crashed into a Portuguese freighter and sank between the Libyan and Italian coasts in international waters. On board were between 700 and 1,100 people, of whom only 28 were recovered, according to Büchel.

Since the tragic accident, €33m has been spent on the ship’s recovery and maintenance, fuelling its politically charged symbolism. Now, the boat will be moored at the Arsenale in Venice, a former shipyard where military boats were built. The project, called Barca Nostra (“our boat”) is part of curator Ralph Rugoff’s exhibition, May You Live in Interesting Times.

Büchel is known for making powerful political statements through his work. In 2015, as the Icelandic representative for the Venice Biennale, he installed a working mosque inside a former Catholic church, which Venetian authorities shut down soon after it opened, citing safety concerns. Last year, Büchel proposed turning Trump’s border wall proposals into land art.

The vessel in Venice will stand as a testament not only to history, but also to current events. Since the beginning of 2019, an estimated 410 migrants have died at sea. The ship’s future after the biennale, however, is uncertain. But one proposal, made by a migrant initiative in Palermo, seeks to make it a mobile monument of the tragedy that could be presented throughout the European Union.

Next Story:
Avante-Garde Eurovision Alternative to Take Place This Month in London