In 2020: The Summer of COVID, interweb-streaming Italian-racecar cool is about as close to true freedom as car buffs are likely to get. 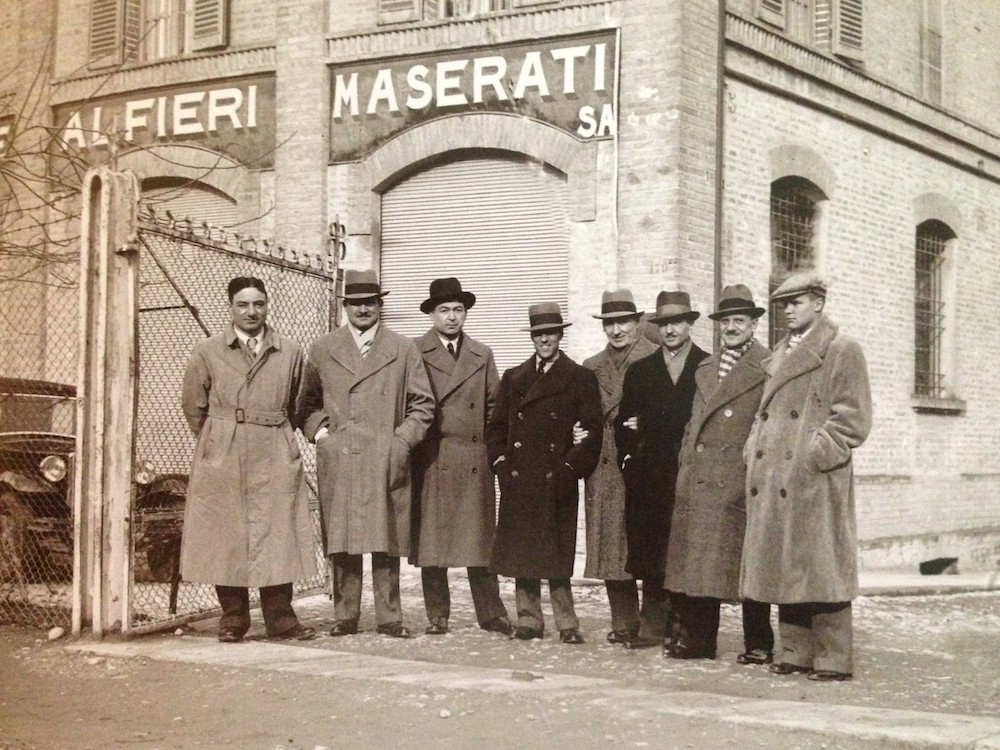 [dropcap style=”font-size:100px;color:#992211;”]T[/dropcap]his documentary on Italian luxury vehicle manufacturer Maserati has the feel of an art piece commissioned by a nobleman in honour of… himself. Indeed, it appears to have been initially produced and released in the mid-late 201x timeframe — suspiciously timed with 2014’s Maserati 100th anniversary.

That would explain the film’s sometimes brochure-y feel. Initial, dramatically scored shots of Maserati-sponsored ocean-racing sailboats and the iconic trident logo have a distinct ‘imprint brand imagery through content marketing’ feel — something a consultant would suggest to top management via PowerPoint. Same-same for later in the film: contemporary model stills, road shots and executive interviews all seem lifted from a circa 2016 issue of Car and Driver. Were Maserati’s origins a long-form marketing piece, funded by parent company Fiat Chrysler…?

The viewer will likely never find out and most won’t care either way. Because, in 2020: The Summer of COVID, interweb-streaming Italian-racecar cool is about as close to true freedom as car buffs are likely to get. And, getting past the seeming obligatory marketing ‘veggies’, the historical ‘meat’ of the film IS well done (in a good way).

Director-writer Philip Selkirk tells the Maserati story in linear fashion, beginning with the company’s 1914 founding and ending with the 2014 Geneva Motor Show introduction of the Alfieri concept car. Alfieri was an acknowledged leader among the six founding brothers (the other five being Carlo, Bindo, Mario, Ettore and Ernesto) and as detailed in the film, a dedicated racer and savvy businessman. Until his untimely death in 1932, he unwaveringly steered the company toward race-inspired design and performance.

Going forward from Alfieri’s death and the Orsi family’s 1937 acquisition of Maserati, Selkirk misses nary a critical historical moment — good, bad or ugly, in Spaghetti Western parlance. Even hyper-critical Maserati fanboys (and girls) will learn something AND enjoy interviews with the eclectic likes of Maserati aficionado / Pink Floyd drummer Nick Mason and late, great Formula One racer and International Motorsports Hall of Fame inductee, Sir Stirling Moss. In fact, Moss delivers the quote of the film, stating, in characteristically dry, understated British fashion: “I’m sorry, but I believe motor racing SHOULD be unsafe. If you don’t like that, then you go play tennis.” Drive on in Heaven, good sir, fast and loud in your beloved 250F!

To say the film effectively utilises historical footage is, itself, a Moss-ian understatement. Outside of the first two and last 20 minutes, practically every non-interview segment is archive footage of racecourses (majority Italian), race drivers (many Italian) and race cars (mostly Italian). If the viewer isn’t already an ardent F1 fan, this film will make them one, or at least have them reaching for Lavazza and Banfi vs. Starbucks and Woodbridge. Speaking of racing, runner-up film quote goes to Carlo Maserati, son of co-founder Ettore, quoting his grandmother, Carolina: “I don’t know why these guys have to go so fast?!” Viewers, themselves, will want to answer grandma: “Nonna, siamo italiani, è quello che facciamo!”

Of course, Maserati is more than ‘just’ race cars. The trident would not have survived a full century-and-six years without cars designed for the retail market. Hence, the latter half of the film pays great homage to the engineers, designers and executives who, post-1957 (and the Guidizzolo, Mille Miglia tragedy), moved the company’s commercial focus toward road cars designed for ‘real gentlemen’. Film-detailed examples include the Shah of Persia and the Aga Khan.

For such a storied brand, the challenge for Maserati: A Hundred Years Against All Odds had to be what to leave out. Very little seems left out, but, sure enough, in 2020, six years beyond Maserati’ s ‘end’, the car formerly known as Alfieri… is now the MC20. And unit #1 has yet to roll off a production line. Yes, the trouble with history is the daily updates. And the trouble with documentary filmmaking is deciding: WHEN is The End? Maserati’s decisive answer: NOT YET.

Maserati: A Hundred Years Against All Odds is available via Studio Soho Distribution on digital download now and on DVD on 27 July.

Next Story:
Arebyte Gallery Announce Collaboration With the National Gallery in Zimbabwe