Mona Lisa: Beyond the Glass is the Louvre’s first virtual reality work, marking the 500th anniversary of the Leonardo da Vinci‘s death. 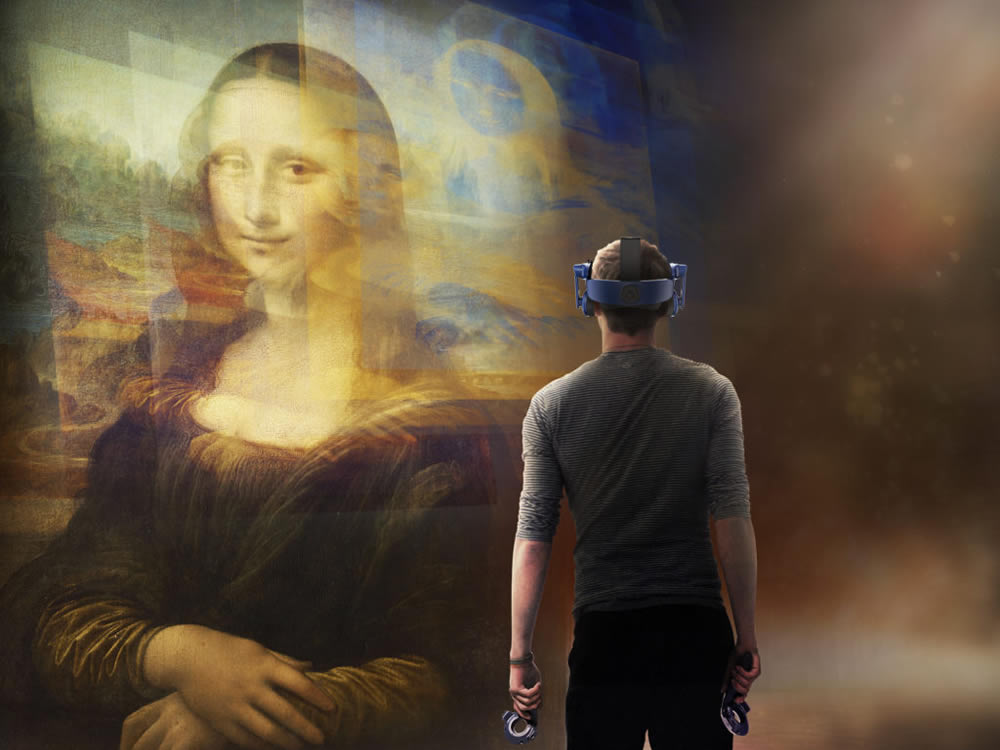 [dropcap style=”font-size:100px;color:#992211;”]V[/dropcap]isitors to the Leonardo da Vinci exhibition at the Musée du Louvre in Paris this autumn will be able to see the Mona Lisa as part of a virtual reality experience. The project, Mona Lisa: Beyond the Glass, is the museum’s first VR work, marking the 500th anniversary of the Renaissance polymath’s death.

Curators at the Louvre produced the new piece in collaboration with the company HTC Vive Arts. New research throwing light on the artist’s techniques underpins the VR experience, which will also focus on the identity of the sitter, a subject of intense speculation over the centuries. The work will also be available as a home version on digital subscription.

According to a project statement: “Visitors will have the rare chance to be immersed into the world’s most iconic painting, stepping behind the glass to access the intriguing portrait up close in an entirely new, transformative way.”

It remains unclear however if the work Salvator Mundi, a painting of Christ that sold for $450m at Christie’s in New York in 2017 as a work by Leonardo, will be included in the anniversary show. Earlier this year, Louvre officials said they hope to show the painting in the forthcoming exhibition. A Louvre spokeswoman says: “There is nothing new on this subject: the Musée du Louvre has asked for the painting for its exhibition and is waiting for an answer from the owner.”

The exhibition will include the five Leonardo paintings in the Louvre’s collection, including The Virgin of the Rocks (around 1483–86) and La Belle Ferronnière (1490). “The fifth centenary of the Italian master’s death is a unique opportunity for the Louvre to bring as many as possible of the 14 to 17 paintings now attributed to Leonardo, according to specialists, to join the five large paintings in the Paris museum,” says a statement on the museum website.

Next Story:
Any Port in A Storm – Brothers Osborne Make Land