Spread over two floors, the London Drum Show was a mixture of commerce, education and performance.

Not only are they the butt of many musical jokes, but they also invariably get shoved to the back of the stage, in the dark, so the singers and guitarists can strut their stuff, and the smaller the venue, the more this is evident. 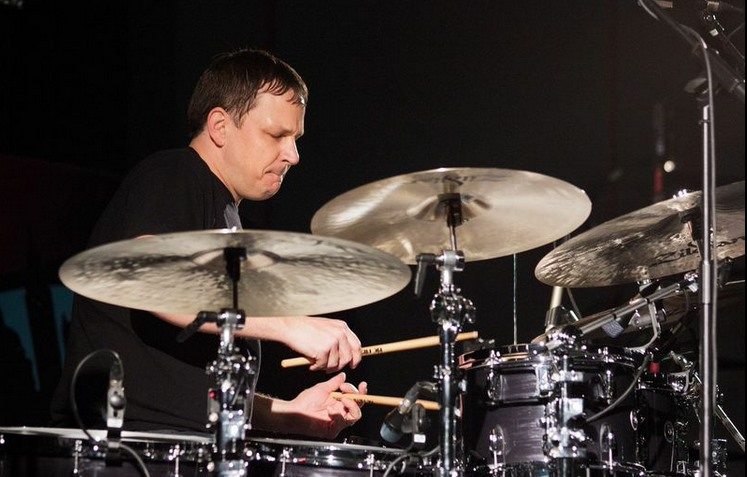 However, recent scientific research has shown that drummers may actually be smarter than average. In fact, good drumming, or any percussion, involves some fairly complex mathematics in establishing rhythm patterns, which even a cursory study of the Indian tabla will confirm.

In his debut novel Another Roadside Attraction, American author Tom Robbins summed up drumming in his trademark pithy poetic style:

The quality of a man’s life depends upon the rhythmic structure he is able to impose upon the input and output of energy. Energy equals mass times the speed of light squared. Einstein understood what Thoreau meant when he spoke of men hearing “different drummers.” Thoreau did not say saxophonists or harpsichordists or kazoo players, mind you, but drummers. The drummer deals almost exclusively with rhythm, therefore he is an architect of energy. Art is not eternal. Only energy is eternal. The drum is to infinity what the butterfly is to zero.

It’s true that there is something primal about drums, and it was one of the earliest forms of instant long-distance communications, long before the arrival of the telegraph. Unlike other musical forms, aside from singing (and the voice being our primary means of communication), percussion can be performed with the most basic of equipment: a pair of sticks and a surface to hit them on. The sticks are optional. 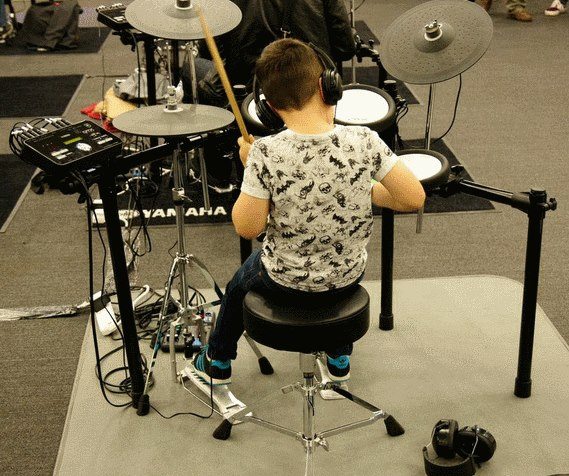 Again, Tom Robbins, this time from Skinny Legs and All:

Consider that the legs of this bird [turkey] are called ‘drumsticks,’ after the ritual objects employed to extract the music from the most aboriginal and sacred of instruments. Our ancestors, kept their drums in public, but the sticks, being more actively magical, usually were stored in places known only to the shaman, the medicine man, the high priest, of the Wise Old Woman. The wing of the fowl gives symbolic flight to the soul, but with the drumstick is evoked the best of the pulse of the heart of the universe.

All this mysticism took a far more pragmatic form at Olympia in London over a November weekend, when the marginalised rhythm keepers could gather for an annual powwow. Spread over two floors, the London Drum Show was a mixture of commerce, education and performance. 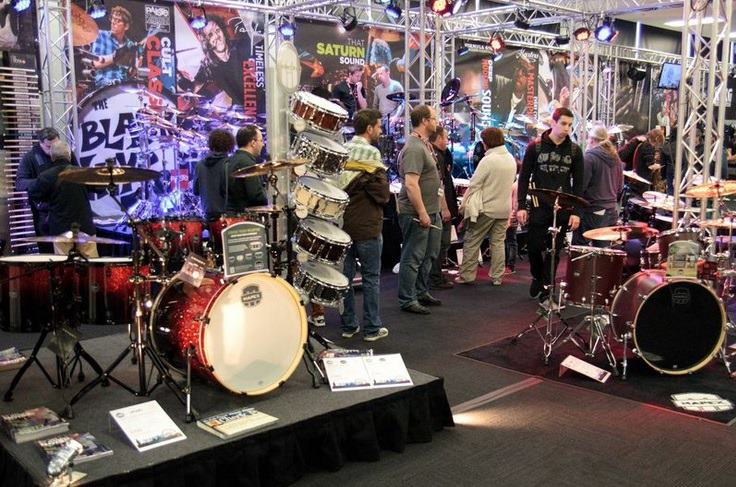 All the latest shiny kit was on offer, along with electronic neighbour-friendly versions. There was even a booth selling air drums. However, unlike the air-guitar, the Aerodrums (www.aerodrums.com) actually make a sound, utilising a computer, samples and a motion-sensor camera, all for £100. Of course, all these electronic alternatives will never match a real drum kit, and there was no shortage of kit to try out.

For budding and established drummers of all ages there were workshops and masterclasses, but undoubtedly the highlights of the weekend were the live performances by some of the world’s best stickmen. 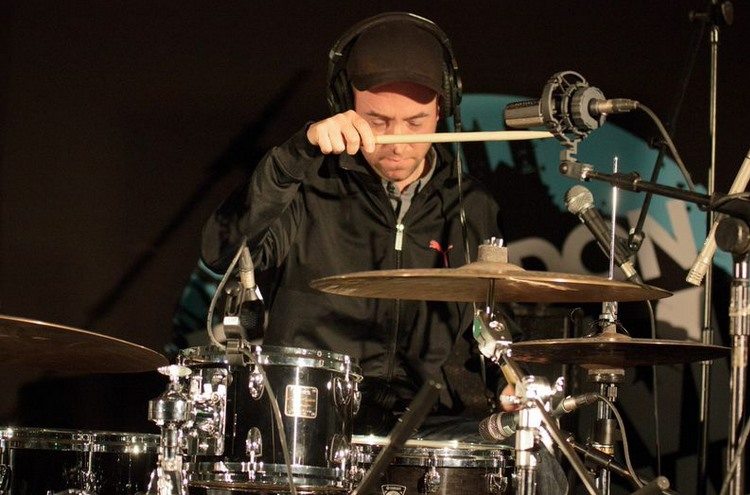 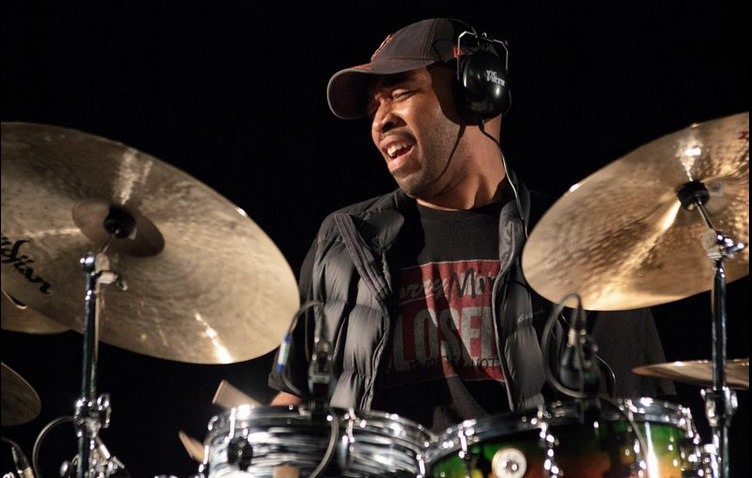 Back in the ’70s live albums would sometimes come with warning stickers “contains drum solo”, because 20 minutes of skins and cymbals are not to everyone’s taste, For aficionados, there is nothing better, and watching the likes of Gavin Harrison (Porcupine Tree, King Crimson), Eric Harland and Keith Carlock (Steely Dan), beating out complex polyrhythms, without preening singers to obscure them, is pure heaven.

If primal rhythms are you thing, then the London Drum Show can’t be beat.

Words and photos: Chris Patmore. Not to be reproduced without express prior permission.