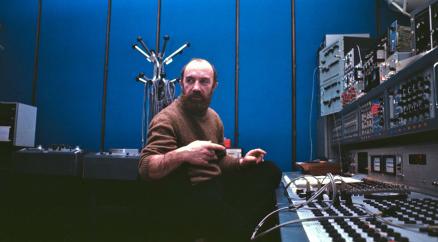 [dropcap style=”font-size:100px; color:#992211;”]O[/dropcap]ne of the many paradoxes of recent years is that the general cultural dumbing-down and blandification affecting music has been accompanied by a renewed interest in some of the most demanding and cerebral electro-acoustic composers.

One of the towering figures of this scene was Pierre Schaeffer’s student Bernard Parmegiani, who died last year.

His works have been performed at the ICA in recent years and Editions Mego’s Recollection GRM series of vinyl re-issues of key works has featured Bernard Parmegiani’s epic De Natura Sonorum, helping to spread awareness of his work.

Now the London Contemporary Music Festival is dedicating three nights to his work, alongside performances by contemporary artists influenced by him including Florian Hecker, Rashad Becker, and Vessel.

Parmegiani’s works will be performed by members of the Groupe de Recherches Musicales (GRM) on the MAAST (Music & Audio Arts Sound Theatre) system of 32 loudspeakers provided by the University of Kent. Held in Britannia House, a 20,000 sq ft former carpet factory near Brick Lane the effect should be immersive.

Also presented will be a new film on Parmegiani by Franck Podguszer and Parmegiani’s own 1973 film L’écran transparent.

The event will try to place Parmegiani in a historical context, tracing his influence and analysing the basis of his work’s fearsome reputation.

The Music of Bernard Parmegiani