Failing to catch the haunting spareness of MacGillivray — which surely found itself at home in this atmospheric space — the next, all-too-brief support quickly cemented the sense of occasion that Current 93 usually manage to imbue their performances with.

David Tibet has been a long-time fan (“stalker”, he quipped) of Shirley Collins, 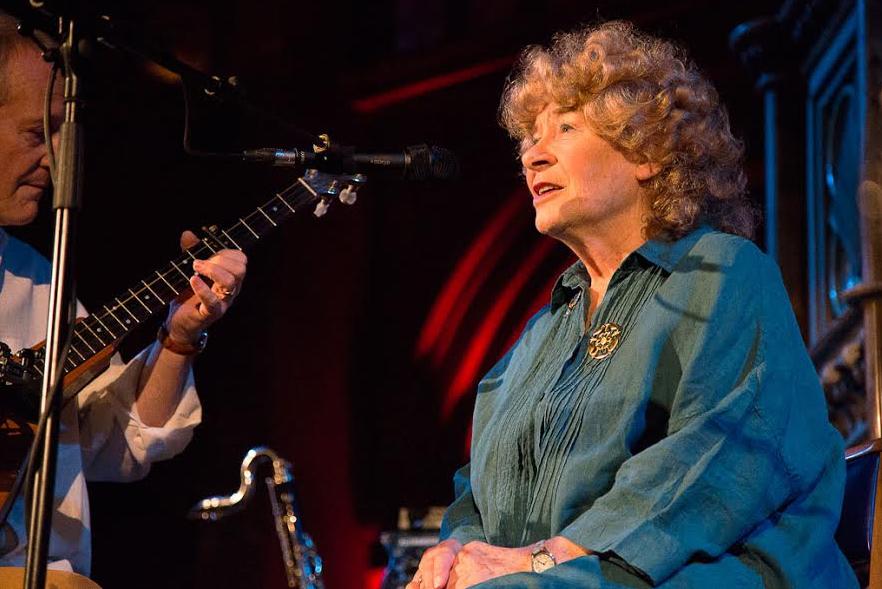 “the presiding spiritual genius of folk” as he once called her. Her ten-minute appearance tonight was her first in 35 years, the result, it transpires, of about 20 years of passionate cajoling by Tibet.

Her voice a little tentative, her pleasure at the enthused applause mixed with a touch of bemused modesty, she was an unassuming treat. Still very much an awed fan, Tibet stammered a little in thanking her.

Current 93’s present incarnation filtered onto the stage, and Tibet entered with his customary dishevelled suit, bare feet, and bottle of wine.

Their set was for the most part the new album, I Am The Last of All the Field That Fell, being launched at this occasion along with Tibet’s collection of lyrics, Sing Omega.

With an audience receptively opening themselves to new material, and the cavernous chapel venue underlining Tibet’s strongly Christian leanings and love of space for acoustics to breathe in, tonight seemed rather restrained next to their last appearances. Their celebratory 2010 gigs with Comus and Nurse With Wound in Kentish Town were fiery, ecstatic, overwhelming. Tonight was less assured, of course, giving songs their first airing.

The reverence that fires

culture and the reverence

that inspires the stillness

and coolness of religion

are hard to tease apart in

the world of Current 93

But the band—including Ossian Brown on hurdy-gurdy and another Tibet idol, The Groundhogs’ Tony McPhee, on guitar—hung their sounds together with a well-oiled collective confidence. The sense of restraint, in contrast to Kentish Town, seemed to be an oddly counter-intuitive artefact of the apparently perfect venue. The splendid Victorian gothic spaces were there to nurture the more fragile, plaintive aspects of the set, but often it felt as if a certain Dionysian edge was lacking.

“I hold your body like the wind,” Tibet intoned at one point, a simple gesture to the intersections of eros and agape, flesh and spirit, charted by his explorations of psychic fractures and religious passion. And throughout the performance, this tension persisted. Each song patiently built, and the rhythm and attack in each song gradually mounted. But even as crescendos swept one up, something failed to ignite, a spark subtly dissipating in those gothic spaces that serve fragility so well. Bodily passion slips away like an intense, evocative, but ungraspable breeze. 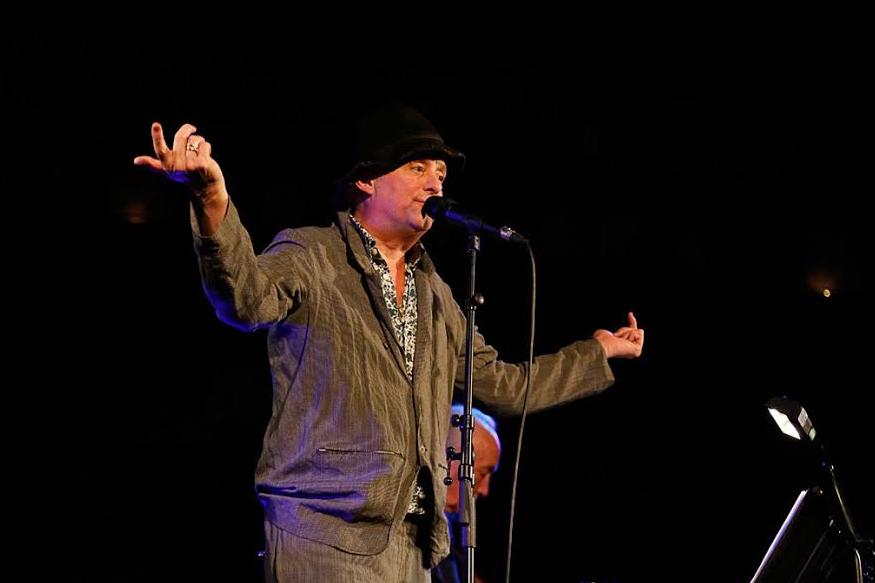 Slipping downstairs for the encores, it was hard to tell how much difference was made by these final songs being familiar surges of mantric brooding, and how much was made by the descent from the atmospheric but detached balcony into the thick of the music, that ungraspable breeze now grasping you, vibrating you. ‘Black Ships Ate The Sky’ seethed with driving dread, and ‘Lucifer Over London’ found Tibet snarling and stalking the front of the stage, finally sparking away.

He introduced a cover of a Groundhogs track by confessing to his youthful idolization of the band, playing along to them in his bedroom mirror. His boyish delight at bringing these old fantasies alive alongside Tony McPhee is palpable and infectious. Tony missed it, but as Tibet walks off stage, he knelt and bowed down to his hero.

The reverence that fires culture and the reverence that inspires the stillness and coolness of religion are hard to tease apart in the world of Current 93. Tonight, that paradoxical mixture conjured some golden moments; but in many spaces of the chapel, the coolness held sway and dispersed some of the power of this singular band.