Recalling Baroque masterpieces, Wood-Evans’ paintings fuse the great Romantic tradition of painting with the modernist sensibility of abstract artists such as Rothko and Motherwell. 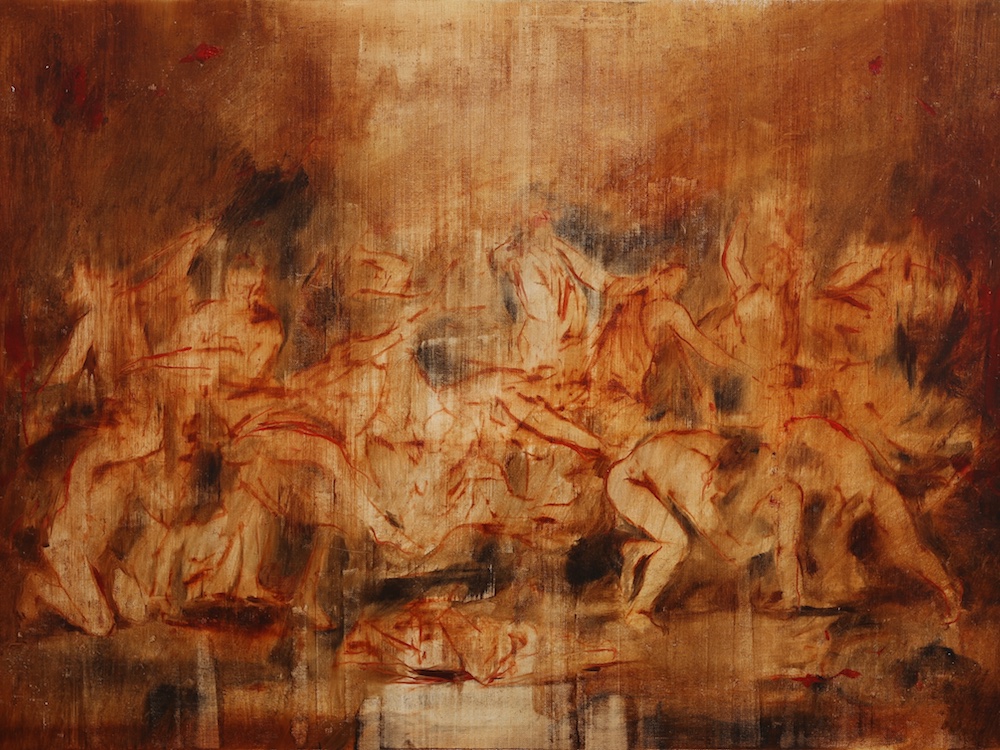 Recalling the great masterpieces of Baroque art, from Rubens to Van Dyke, Wood-Evans’ paintings fuse the great Romantic tradition of painting with the modernist sensibility of abstract artists such as Rothko and Motherwell. He brings to his art a subtle understanding of the passage of time, expressed in his appropriation of existing historic portraits which he re-works through a process including cropping, erasure and over-painting. Whilst this implies a deliberate and formal approach, the ‘accidental’ and the importance of surface and texture are equally important for the artist. Scenes are washed with a depth of colour, as if clouded by smoke or the eroded surface of a discarded film, creating a quality of living dialogue between artist and subject which might in turn be continued by the viewer.

Relic follows Wood-Evans’ recent critically acclaimed solo show at Unit London, Legacy & Disorder, and is a move away from full-length portraiture. There is also the addition for the first time of large-scale curved canvases for his Assumption series, based on the commission for the Cathedral of Our Lady Antwerp by Rubens, The Assumption of The Virgin Mary.

Next Story:
Landmark Exhibition to Explore the Fragility of the Natural World