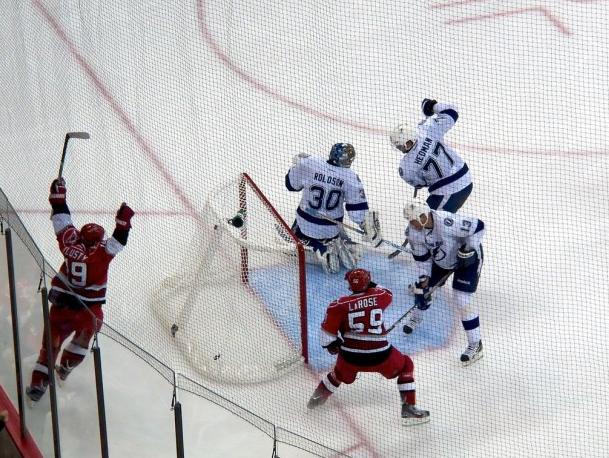 Hardly surprising considering that they spend so much time beating each other up. They should stick to hitting the ball, not each other.

A new University of British Columbia study identifies when the clock runs out on an NHL player’s peak performance, giving team executives insight into how best to build a roster.

The study by Sauder School of Business professor James Brander found that the performance of forwards peaks between the ages of 27 and 28. Defencemen are best between 28 and 29, and the performance of goaltenders varies little by age.

The forthcoming study to be published in the Journal of Quantitative Analysis in Sports also reveals that players performed close to their peak levels for a number of years before and after their optimal peak: 24 to 32 for forwards and 24 to 34 for defencemen.

“While confirming conventional wisdom that players peak in their late 20s, the study proves it is wishful thinking for managers to expect a player in his mid-20s to continue improving significantly,” says Brander, an economist. “The vast majority of players are at 90 per cent of their best by age 24, although there are a few late bloomers.“

Brander says his numbers are reinforced by the current outcome of the Stanley Cup playoffs, with key players like Patrick Kane and Jonathan Toews of the Chicago Blackhawks in the prime age range. But he stops short of predicting the ultimate victor based on his study.

“If we just go by relative age of key players, a team like Chicago would appear to be in the best shape. But that’s far from the whole story in the playoffs. Other things have a big effect, such as injuries and luck,” he says.

The study is based on stats from the 1997-98 to 2011-12 seasons, considers 2,033 players and a total of 9,901 player years. The researchers looked at points per game played and plus-minus statistics. For goaltenders, they analyzed save percentage.

The study, ‘Estimating the effects of age on NHL player performance’, was co-authored by Edward Egan of the National Bureau of Economic Research and Sauder School of Business student Louisa Yeung.

Next Story:
Loitered Lens : The Galileo 7