Of 134 teens described by researchers as heavy Internet users, 26 had elevated blood pressure.

[dropcap style=”font-size:100px; color:#992211;”]H[/dropcap]eavy internet use raises blood pressure in teens, according to the following report from Henry Ford health System.

Poor kids. All we can add to that is that there is something that raises the blood pressure even higher than internet use.

When. The. Sodding. Bloody. Wi. Fi. Has. Gone. Out. AGAIN. GggrrrrfffffhhhhaaaAAARRRRGHHHHHH! [Bleeds from eyeballs]

Teens who spend hours on the Internet may be at risk for high blood pressure, say researchers at Henry Ford Hospital in Detroit.

This is believed to be the first study to show a link between time spent on the Internet and high blood pressure. The findings add to growing research that has shown an association between heavy Internet use and other health risks like addiction, anxiety, depression, obesity and social isolation.

Andrea Cassidy-Bushrow, Ph.D., MPH, a researcher at Henry Ford’s Department of Public Health Sciences and the study’s lead author, says the take-home message for teens and parents is moderation.

“Using the Internet is part of our daily life but it shouldn’t consume us,” she says. “In our study, teens considered heavy Internet users were on the Internet an average of 25 hours a week.

“It’s important that young people take regular breaks from their computer or smartphone, and engage in some form of physical activity. I recommend to parents they limit their children’s’ time at home on the Internet. I think two hours a day, five days a week is good rule of thumb.” 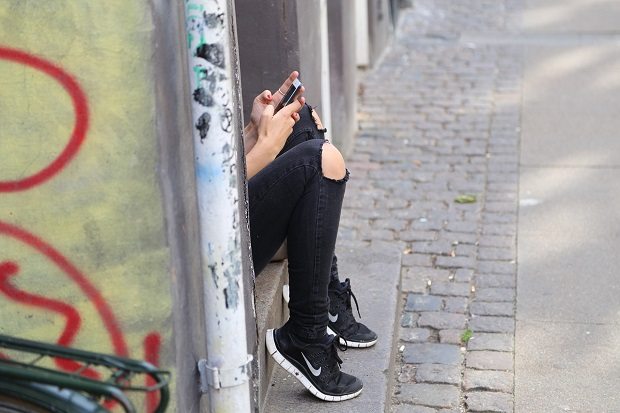 Dr. Cassidy-Bushrow says the findings provide valuable information for school nurses for monitoring the health of students. “School nurses could conduct annual health screenings where blood pressure and Internet use behaviors could be assessed. Students with an elevated blood pressure would then have a follow-up visit to determine next steps.”

Researchers analyzed data compiled from 335 teens ages 14-17 enrolled in the study including a blood pressure reading taken during a physical exam. Participants also completed a 55-question survey of their Internet use during the week leading up to their physical exam. Questions ranged from how they spent their time on the Internet and their number of email addresses to time spent on the Internet daily and for what purpose.