Healthy Sperm? It’s all in the nuts

Some studies have suggested that human semen quality has declined in industrialized nations, possibly due to pollution, poor lifestyle habits, and/or an increasingly Western-style diet. 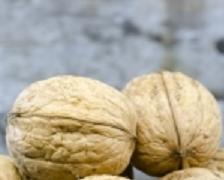 Healthy Sperm? It’s all in the nuts

Children. For the first bit we spend all our time encouraging them to walk and talk, then as soon as they can do that, we tell them to sit down and be quiet.

It gets worse when they hit adolescence, and all those juicy hormones start flowing. Then it’s straight into insisting they use condoms against STDs and practice responsible birth control against unwanted pregnancy. Catholic nuns in many a girls’ school were apt to demonstrate that the only acceptable way to use a birth control pill was that the young lady clench it tight between her knees and retain that position during any sessions of what was at the time termed ‘petting’.

And all of a sudden, another rubicon is crossed, and all those looming authorities who only last year were issuing solemn warnings about the terrors of parenthood suddenly start dropping references to grandchildren into conversations, and how they’ll always be available for babysitting.

By then, it sometimes comes as a bit of a shock that conceiving a child is not quite as simple as our teachers and parents warned us in our teenage years.

New research into the dietary requirements for a healthy male reproductive system perhaps do little more than add a soupcon of scientific gravitas to healthy eating habits which were probably known to our grandmothers, but they do allow scurrilous hacks to have a bit fun with ‘how full is your nutsack?’ headlines.

A paper published 15 August 2012 in Biology of Reproduction’s Papers-in-Press reveals that eating 75 grams of walnuts a day improves the vitality, motility, and morphology of sperm in healthy men aged 21 to 35.

Approximately 70 million couples experience subfertility or infertility worldwide, with 30 to 50 percent of these cases attributable to the male partner. Some studies have suggested that human semen quality has declined in industrialized nations, possibly due to pollution, poor lifestyle habits, and/or an increasingly Western-style diet.

Dr. Wendie Robbins and her colleagues at the University of California, Los Angeles decided to investigate whether increasing polyunsaturated fatty acids (PUFAs), which are critical for sperm maturation and membrane function, would increase sperm quality in men consuming a Western-style diet.

With support by the California Walnut Commission, Dr. Robbins’ team selected 117 healthy men between the ages of 21 and 35 who ate a Western-style diet and split them into two groups: one (58 men) who would avoid eating tree nuts and another (59 men) who would eat 75 grams of walnuts per day. Previous studies had indicated that 75 grams of walnuts would be a dose at which blood lipid levels would change, but at which healthy young men would not gain weight.

Before the experiment began and then again 12 weeks later, the men’s semen quality was analyzed according to conventional parameters of male fertility, including sperm concentration, vitality, motility, morphology, and chromosome abnormalities.

After 12 weeks, the team found no significant changes in body-mass index, body weight, or activity level in either group. The men consuming walnuts, however, had significantly increased levels of omega-6 and omega-3 (ALA) fatty acids and experienced improvement in sperm vitality, motility, and morphology.

Those eating walnuts also had fewer chromosomal abnormalities in their sperm following the walnut dietary intervention. The control group, on the other hand, experienced no changes.

Although this research indicates that eating 75 grams of walnuts per day can positively affect a young man’s sperm quality, it is still unknown whether the benefits would apply to young men with fertility problems and whether they would actually translate into increased fertility.

Source: Society for the Study of Reproduction