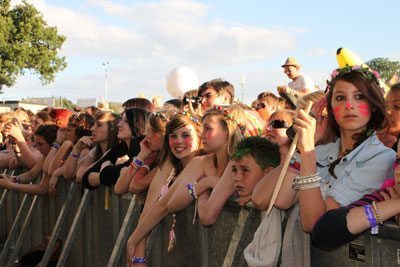 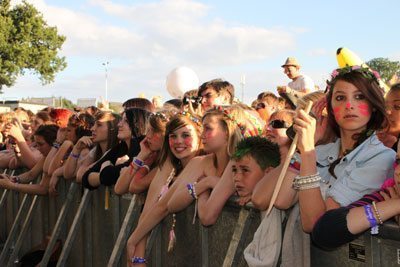 This year's Guilfest features a truly eclectic mix of old and new bands, including the legendary Public Image Limited and Roger Daltrey who are surely worth the price of admission alone!

Compared with other festivals there is a ongoing independent spirit to Guilfest that creates a great atmosphere. Considered a medium sized family outing previous years have been a great weekend for those of us that might not be up for the tent burning, teenage apocalpyse, queensbury rules affairs that have become something of the norm. Which isn't to say that Guilfest is tame by any stretch of the imagination. It's a party, a celebration of great music and a chance to see some truly great acts. See you there.

GuilFest – 15th, 16th and 17th July 2010 Just over three weeks to go until GuilFest 2011, the festival’s 20th birthday, and aside from a few yet-to- be-announced gems the line up is nearing completion!

The bill this year really is something special. What has been dubbed by many as the best line up ever for GuilFest is a fine and very eclectic mix of some of the best music, theatre, comedy and all out fun you could possible hope to enjoy at a festival! This year Stoke Park boasts a huge 8 stages of live music, and, by popular demand, for the first time ever features a dedicated punk and ska stage – in association with Vive Le Rock magazine! Also new to the site this year is The GuilFest Vintage Fayre – An area for you to step back in time to quintessential England and enjoy all the fashion, art, music, jive & jazz, tea and scones, and idiosyncrasies from those crazy bygone days!

The GuilFest Main Stage this year features headline performances from the legend that is ROGER DALTREY on Friday (performing the entire score of the rock opera TOMMY, as well as all the classic WHO anthems), Johnny Borrell’s fantastic indie outfit RAZORLIGHT on Saturday, and the artist with the biggest selling album of the noughties, JAMES BLUNT on Sunday! Over the weekend you can also catch performances on the main stage from wealth of simply incredible live acts including N- DUBZ, ERASURE, NOISETTES, CHIPMUNK, ZIGGY MARLEY, ECHO AND THE BUNNYMEN, WRETCH 32, and many, many, more.

The Good Time Guide Stage as usual features a truly fantastic mix of acts, and top of the bill here this year is the iconic ADAM ANT with his band, the good the mad and the lovely posse. On Saturday you can catch PETER ANDRE, whilst on Sunday Johnny Rotten’s PUBLIC IMAGE LTD will be closing the festival. Also appearing on this stage over the weekend are STEVE HARLEY & COCKNEY REBEL, KATE RUSBY, HUGH CORNWELL, THE POPES, ALICE GOLD, THE FARM and a whole host of other wonderful performers. 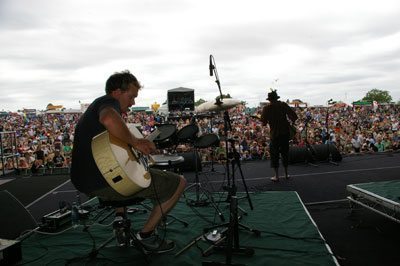 The Big Cheese Cave, GuilFest's home for all things Rock and Metal, has a truly outstanding line up this year. With FUNERAL FOR A FRIEND headlining Friday, SKINDRED on Saturday and GALLOWS on Sunday, backed up a wild mix of some of the best bands the UK has to offer, including SONIC BOOM SIX, CEREBRAL BALLZY, REVOKER, DINOSAUR PILE UP, THE XCERTS, MY PASSION, ATTACK! ATTACK!, PURE REASON REVOLUTION, newly confirmed LOWER THAN ATLANTIS and plenty more great acts to keep the crowds rocking all weekend long.

The Brand New Vive Le Rock punk and ska and reggae stage has got everyone talking this year. With incredible acts such as NEVILLE STAPLE, UK SUBS, 999, THE LURKERS, ANTI NOWHERE LEAGUE, THE SKINTS, RANDOM HAND, THE LAMBRETTAS, DIRTY REVOLUTION, TV personality LOYD GROSSMAN’s band, THE NEW FORBIDDEN and even LEVI ROOTS (the man behind Reggae Reggae Sauce), the stage is set to be one of the most exciting new additions to the festival for years! Levi Roots will also have his Reggae Reggae Van on site, where you can some sample some of his

Sunday – “Nevermind The Breezeblocks!” featuring Bob, Wendy and Spud from the hit TV show. On top of this you can expect more shows, fun and games than ever before with performances from the Booster Seat Theatre Company of Little Red Riding Hood and Big Goldilocks and The Three Bears Plus as well as great acts involving dare devil stunts and fantastic fire-shows.

Elsewhere on the site is the return of the eFestivals Cosmic Comedy Tent, featuring a hilarious line up of some of the best comedians from the UK circuit as well as a newly confirmed interview and Q&A session, “Pills, Thrills, and Bellyaches” with the one and only BEZ from the Happy Mondays! The Man in the Moon Theatre Tent also returns this year playing host to a huge variety of fantastic plays, musicals, dance, cabaret, poetry and late night entertainment. The Acoustic lounge is back, and don’t forget the wildly popular Ceroc Dance Tent, the Under 18’s area – The Plantation Zone, and the wonderful Eden People’s GuilFest Gallery & Chillout Space. Don’t forget the Brand New GuilFest Talent Show! This year any would be stars out there can have their five minutes of fame and perform in front of our panel of music industry moguls! The winning prize will be a performance on The GuilFest Main Stage on Sunday afternoon!!!

Later on, when the main stages begin to close, there is plenty more entertainment planned for all the night-owls out there! Head to Chaos, The Afterparty in The Big Cheese Cave for Indie/Alternative nights on Friday and Saturday; grab your partner and come on down for a bit of “YeeHaa” and “Dosey-Do” at Farmer Giles Barn Dance – returning due to popular demand for the fourth year in a row and featuring once again, the fantastic live ceilidh band, MoonDance! go to the Funky End for some late night blips and beeps; boogie on down at La Discotheque, enjoy some of the more “adult” late night Comedy in the Comedy Tent, see some wild performances in The Theatre Tent or just wander in to the Acoustic lounge for late night singalongs!

All this, combined with the best family festival atmosphere the UK has to offer, impromptu street performances, magicians, food and drink from around the world, great stalls, cocktail bars, The Pimm’s Bus, our MASSIVE 150’ bar and an amazing mix of fun and entertainment to last the weekend. There is even Guildford Lido for outdoor swimming and showers, and Guildford Spectrum leisure centre for indoor swimming and various other activities including bowling and ice skating right next door!

Remember! Campsite opens @ 10am Thursday morning, main site opens 10am Friday Morning. Make sure you’re in the campsite on Thursday night for our special pre-festival bar and disco!

For the nearly complete line up of our main 6 stages, please see below.