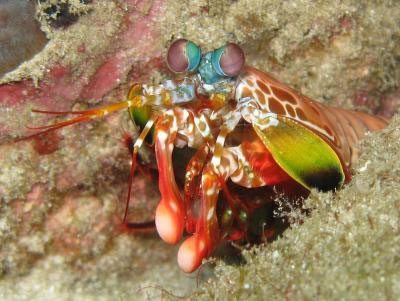 The eye of the peacock mantis shrimp has led an international team of researchers to develop a two-part waveplate that could improve CD, DVD, blu-ray and holographic technology, creating even higher definition and larger storage density. 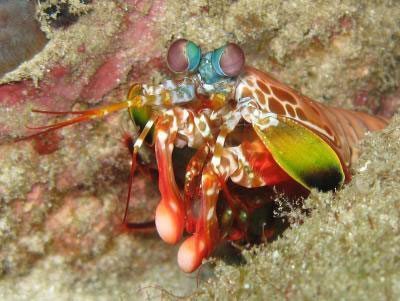 Peacock mantis shrimp are one of only a few animal species that can see circularly polarized light — like the light used to create 3-D movies. Some researchers believe the mantis shrimp's eyes are better over the entire visual spectrum than any man-made waveplates.

A waveplate is a transparent slab that can alter the polarization of light because it is birefringent — exhibits double refraction. The mineral calcite, which is sometimes used as a waveplate, is birefringent. This print viewed through a calcite lens appears as doubled and slightly offset letters.

"We want to change the polarization without affecting the amount of light that gets through," said Akhlesh Lakhtakia, Charles Godfrey Binder Professor of Engineering Science and Mechanics, Penn State. " We want both transmittance and changing polarization to occur quite independent of frequency. In other words, we do not want to affect the color."

Typically, waveplates are made from minerals like quartz, calcite or birefringent polymers. In some cases, to create the range and transparency required, two different materials are stacked or joined, but this type of construction sometimes delaminates, coming apart at the seams. 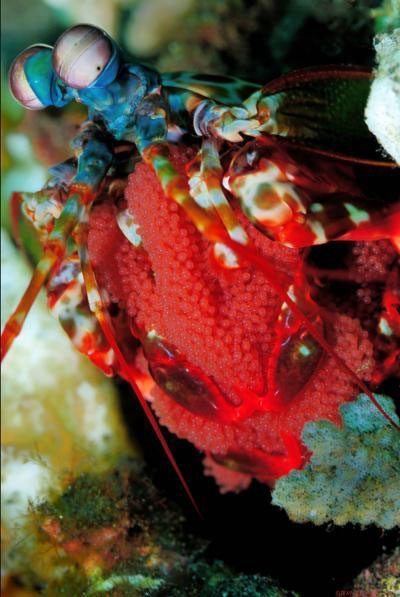 A team of engineers from the National Taipei University of Technology and Lakhtakia developed a method to produce periodically multilayered materials, similar to the lens in the peacock mantis shrimp, that are suitable for waveplates in the visual light spectrum and cannot delaminate because they are manufactured as one piece. The researchers report their work in the current online issue of Nature Communications.

"The two separate layers are needed so that we can play off one against the other to achieve the desired polarization without significantly reducing transmittance over a broad range of frequencies," said Lakhtakia.

The waveplates consist of a layer of slanted nanorods sandwiched between two layers of upright nanorods. Multiple sandwiches are then stacked to make the required waveplate. Because the size of the nanorods is much less than the wavelengths of visible light, the waveplate is birefringent. Because of the two materials, the waveplate can polarize or repolarize light over the visual spectrum.

The researchers report that "the fabrication technique of the periodically multilayered structures is a workhorse technique in the thin-film industry, does not require expensive lithography equipment and is compatible with … technology commonplace in electronics and optoelectronics industries."

The National Taipei University of Technology, the National Science Council of the Republic of China and the Charles Godfrey Binder Endowment at Penn State supported this research. Source: Eurekalert.