Great Band, Shame About the Crowd (The Heartless Bastards)

Interview and review of The Heartless Bastards. The Borderline, London. 1st September 2015

[dropcap style=”font-size:100px; color:#992211;”]T[/dropcap]he Heartless Bastards are one of those bands you think should be better known than they are.

The Restless Ones, their fifth album, was released earlier this year but made almost no waves, in this country at least.

Their previous record, Arrow, released in 2012, sounded like a band hitting their prime. Confident, effortless, distinctive, and with tracks like “Got To Have Rock and Roll” and “Only For You” that seemed like classics the first time you heard them, this was a group to get excited about.

The follow up had a lot to live up to, then, and by and large it manages it. Erika Wennerstrom, the singer, describes it as a “bit more rocking”, whilst Jesse Ebaugh (bassist) says it’s “heavier on some tracks, and a little more refined in places too.” Both descriptions are fair, and whilst it does have a slightly different sound to previous albums, it is still manifestly a Heartless Bastards record.

That different sound is partly down to influences, partly down to the band having exactly the same line-up across two albums for the first time, and partly down to the way it was recorded. Where Arrow saw the band channelling T-Rex and Curtis Mayfield (amongst others) The Restless Ones has the Syd Barrett-era Pink Floyd-inspired “Wind up Bird”, the “Faces kind of vibe” of ‘Black Cloud’, and John Bagott, the multi instrumentalist famous for collaborations with the likes of Massive Attack, Portishead and Robert Plant providing keys and moog on one track – a process which Ebaugh describes as “intimidating”.

The whole thing is produced by John Congleton, whose CV includes everyone from St Vincent and Sleater Kinney to Franz Ferdinand and the Roots, and was someone who they describe as being a “great mirror” for the band. Dave Colvin says the mono drums he wanted on the record are “not the way you hear rock’n’roll mixed these days…. It was something you heard a lot in the late 70s – listen to Black Sabbath, they sound huge, but the drums are tiny!”, whilst Ebaugh says that where with Arrow “[we] toured on it for a while before recording it and that imparted a particular sort of feel. This record… there were different explorations that we might not have entertained if we’d been pushed out straight in front of an audience”.

It all seems to have worked, because they are a fearsome prospect live. Hugely tight, with Colvin battering the shit out of the drums (they’re definitely not “tiny” here), Wennerstrom utterly belting it, and Mark Nathan no less shy-looking on stage than in person, but absolutely brilliant nonetheless.

The set is dominated by the new album, with “Into the Light”, “Black Cloud” and “Hi-Line” standing out, and the band give the impression they love playing together. It’s practically a contractual obligation for any reviewer to gush about Wennerstrom’s voice, and whilst it is every bit as impressive as billed, this gig is about the band as a whole, who put on a superb show from the opener “Got to Have Rock and Roll” to the encore “Tristessa”. 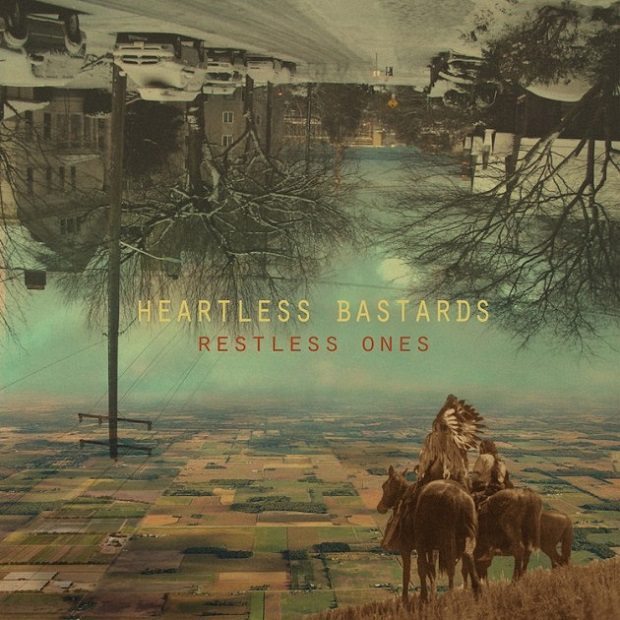 That’s what makes the crowd all the more disappointing. The Borderline is tiny, and packed, with most people seemingly up for it. I say seemingly, because there’s no way you could actually tell from what anyone does. Not a toe is tapped, or a head nodded – never mind anything as reckless as actual dancing breaking out.

We were not happy about this, and obviously voiced our discontent a bit too loudly, because after moving to the front and trying to inject at least some life into proceedings, an old guy tapped my girlfriend on the shoulder and delivered possibly the most passive-aggressively middle class rebuke I’ve ever heard – “Actually, we’re having a very good time.”

You would not have been able to tell, either from demeanour, or deed. Which feels like a huge shame, because a performance like this deserved a crowd, if not going mental, then at least visibly alive.

Not that the band seem to care. They are charmingly unassuming in person, and when I ask them if they feel like rock stars after the success of Arrow, they say “no” in perfect unison, and look at me as if I’m slightly mental. This is a group that are perfectly at home in their own skin and sound, then, but not one with any delusions of, or necessarily even desire for, grandeur.

That much is clear when I mention that one review described the new album as the band moving into “arena rock”. Mark Nathan, who has not even looked like uttering a word to this point, suddenly comes to life. “I do not get why they said that at all,” he says, looking slightly outraged. “That makes absolutely no sense.”

Ebaugh and Wennerstrom are a bit more philosophical about it, with the former seemingly amused by the idea (“Cool, let’s go and play arenas!”), and the latter saying, “maybe they think it has some elements to it that are a little more grand than previous records, and I can see that,” but Nathan is not having it, with the words “cheesy” and “sell out” still echoing as I’m ushered out with the band about to go on stage.

The set they play here is as far from arena rock as you could hope to see, with their tight and often surprisingly heavy sound perfect for a venue like this. So, well known or not, they’re definitely still a band to get excited about, and deserve more than an immobile crowd and a guy in the front row with a face like a barrelful of slapped twats and a habit of telling off anyone with the temerity to dance.

Some people just shouldn’t be allowed to go to gigs.

Previous Story:
Up Yours? Blame Saint Peter for the Two Fingered Salute