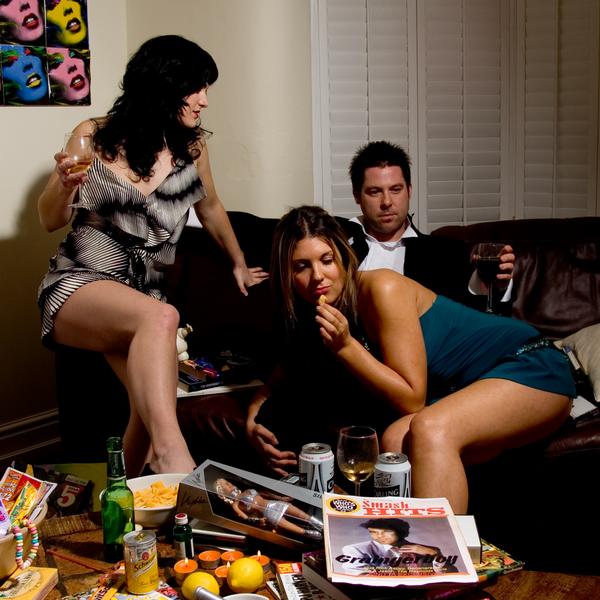 With Shadowformerself Graingerboy (Simon Grainger) has a created an abstract album of off kilter pop tunes that reflect on a decade plus in the music industry (Electric Boutique, Groove Armada) and a life that has taken him around the world several times.

One of these journeys had him in New Zealand when the 2011 earthquake shook Christchurch and put him directly in harm’s way. One imagines that it’s the sort of experience that makes a musician take stock and set about making the album they really want to make.

Shadowformerself, as one would expect, is an album that is a masterclass in the studio production and each track contains enough textural ideas to sustain a whole album by another artist; abstract breaks (Last Christmas Eve), abstract electro-folk (Plasticine), and electro-house (Three Crowns).

However the album has a more than a few indie electro nods to Kid A (Radiohead), Death in Vegas and Joy Division (PMCM is a fantastic Vegas-ish homage to Dead Souls) and to it’s credit is really more of an artistic statement than a strongly commercial chart targeted effort. In fact, it comes across as quite a brave record by someone unafraid to push the boat out but also smart enough to remain in sight of shore.

Christmas day appears reappears on the record a couple of times suggesting its use as a motif.

It isn’t hugely clear but it’s certainly a reference that comes up in a vaguely macabre or melancholic way – perhaps not the happiest memory?

Teeth-chattering festive references aside, this isn’t an outsider record and there are strong references to the pop hits laid out by pop artists such as Frank Music and Sam Sparro. This is especially the case on the album’s first single Vintage where, echoing Moroder, Graingerboy’s tasteful keys compliment the dense bass groove adding glamorous polish to this pulsing anthem to 80s insouciance.

InVintage, Grainger has created a sophisticated summer club killer, ripe for cool cars and hot nights. It is one of the stranger tracks on the album and the lyrics suggest some interpretations of a Levi’s catalogue at time conjuring a complex logic of the sort familiar to Brett Easton Ellis – on it’s own it a WTF affair but taken in context of the album it’s seems to work.

The remixes of Vintage hark back to Grainger’s Balearic roots which should please a variety of audiences and situation around the place but for me the main events on the album are the tracks PMCM and Georgia, both of which exhibit weird songwriting at its best.

Overall, Shadowformerself is a good record but requires a few complete listens to get the full panorama of Graingerboy’s vision. Salut.

Next Story:
Loitered Lens: The Members