Installation of the creative process 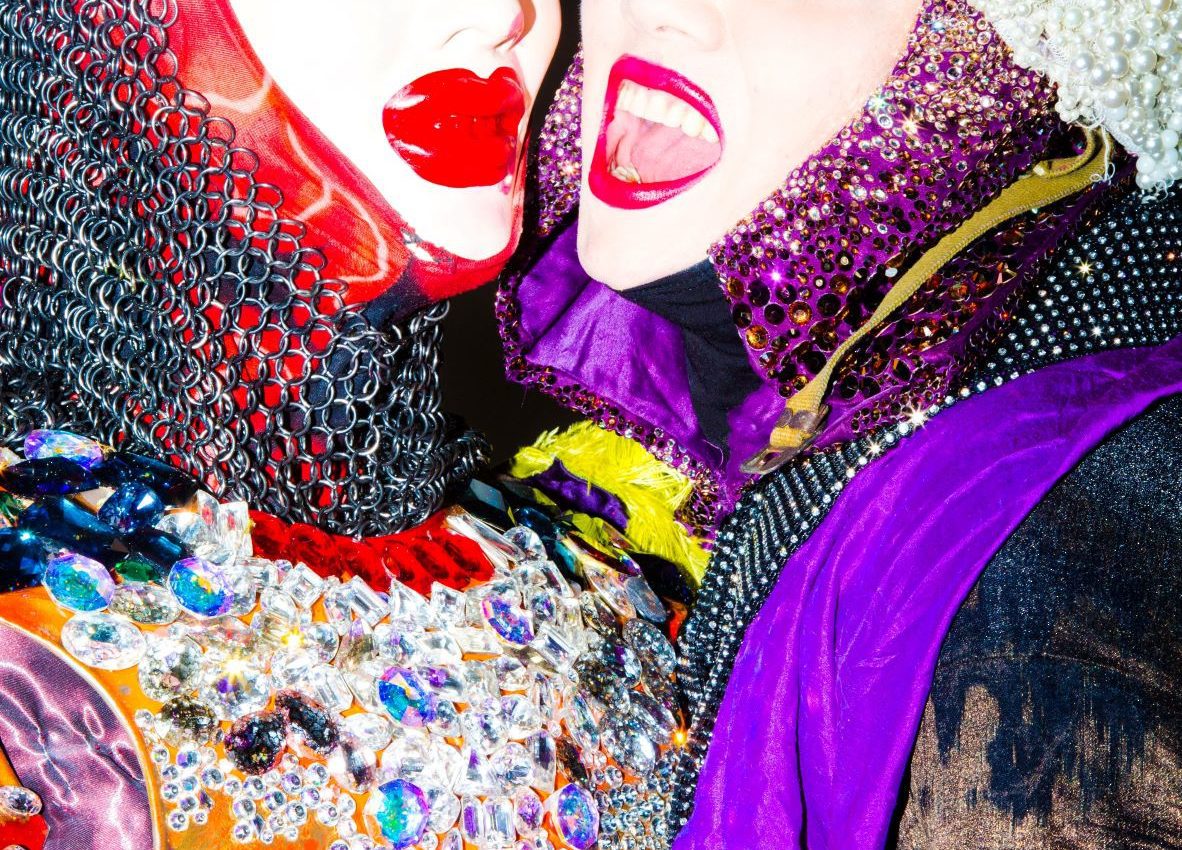 Overtones of the bold colour, flash and dark glamour of Leigh Bowery this exhibition offers a chance to walk a mile in the artist’s towering shoes.

Taking over the GIANT Project Space, Lismore will create a site-specific installation based on the studio environment that is instrumental to his practice, aiming to give visitors a unique insight into the creative process and the development of his work.

As a ‘Living Sculpture’, Daniel Lismore has been a prominent fixture on the London Fashion and Art circuits and an activist for human rights and the environment for 20 years, having exhibited his work at major art world events including Art Basel and the Venice Biennale, as well as heavyweight institutions such as the Tate Modern and Tate Britain. His touring exhibition ‘Be Yourself, Everyone Else is Already Taken’ opened in February 2022 for Coventry UK City of Culture, at the Herbert Art Gallery and Museum. For his most recent show in August 2021, Lismore became a living statue between a selection of his sculptures at the V&A Museum for his Fashion in Motion show. This was his first performance piece on a stage.

Lismore creates elaborate, extravagant, three-dimensional tableaux of figurative sculptures crafted like tapestries; each artwork is created from fragments of items previously worn by the artist, meshing history and futurism whilst reflecting the world in which he exists. His evolution as a living sculpture was fuelled by a childhood growing up in his father’s antique auction house, where historic regalia priceless exquisitely hand-made treasures, artworks, weaponry and suits-of-armour were assembled alongside collectible Star War figures and Star Trek memorabilia.

Although he started his career as an artist from the perspective of the outsider, working as a photographer, Lismore ultimately moved in front of the lens as a model, later emerging as a creative consultant for Mert & Marcus, Steven Klein, David LaChapelle and Ellen von Unwerth. Lismore has been named by Vogue as ‘England’s Most Eccentric Dresser’. In 2017 he was selected to be part of the ‘Out 100 List’ and in both 2018 and 2020 he was included in the top hundred of the ‘Guardian Pride Power List’.

“My studio space is a place of self-mirroring, a space where my life plays out the reality of the fantasies that I build in my brain which flourish into my day-to-day existence as living as sculpture. I’m constantly surrounded by reminders of my journey through life by the objects I have picked up along the way. Many of these things become artworks when I apply them onto my body which I see as my canvas.

“I was often told that I couldn’t draw, I couldn’t sculpt, and I could not design. Many of my ideas have been dismissed but I want to show you the place those dreams were made and eventually many became a reality and have been shown in museums, stages, runways and on celebrities all over the world. I’m fortunate that I am the artwork and when you become art there is no place for mistakes because every idea is valid.

“When I’m asked, “Can I come visit your studio” I usually respond “No” and that my studio is in my mind, and I’ve been very privilege to work on museum floors to create my sculptures but what you will see in this installation are my surroundings from my homes which are the places I have made most of my work.” Daniel Lismore

Daniel Lismore Studio Visit includes a series of artworks alongside artifacts from the artist’s life, from childhood to the present day, including photographs, sketches, mementoes, notes, dream books and ideas. The ‘Lismore Land’ installation is a 30-year collection of items that have surrounded the artist in his living spaces, including memories, inspirations, commissioned artworks, miscellaneous artworks, experiments, everyday objects from the artist’s life, gifts, souvenirs, obsessions, collected artifacts and a workspace. Additionally on show are Lismorian Aliens (2017), comprising several 3D printed recycled plastic sculptures originally created for the ‘Extraterrestrial Odyssey Exhibition’ at the Venice Biennale, Lismorian Busts (2021), created using recycled plastic, found objects and Swarovski crystals, and Lismore’s ART Warz Stormtrooper helmet (2017), made from upcycled Swarovski crystals, resin, acrylic paint and oil paint. Be Your Selfie, a film which debuted at Tate Modern and Tate Britain (2012 – 2013) will be presented as well as Lismorian, a sound recording of the noises the sculptures make in motion, created by Einar Orn Benediktsson (2018). The show will also debut his unseen work from lockdown and his 2021 sculpture which he wore during his V&A Museum ‘Fashion in Motion’ exhibition. The exhibition will be accompanied by a custom-made scent ‘Lismorian Boudoir’ based on the artist’s home, created in collaboration with perfumer Anne-Sophie de Brauwere-Bentinck.