A vibrant exploration of narrative themes in celebratory resistance to Colonialism’s effects. 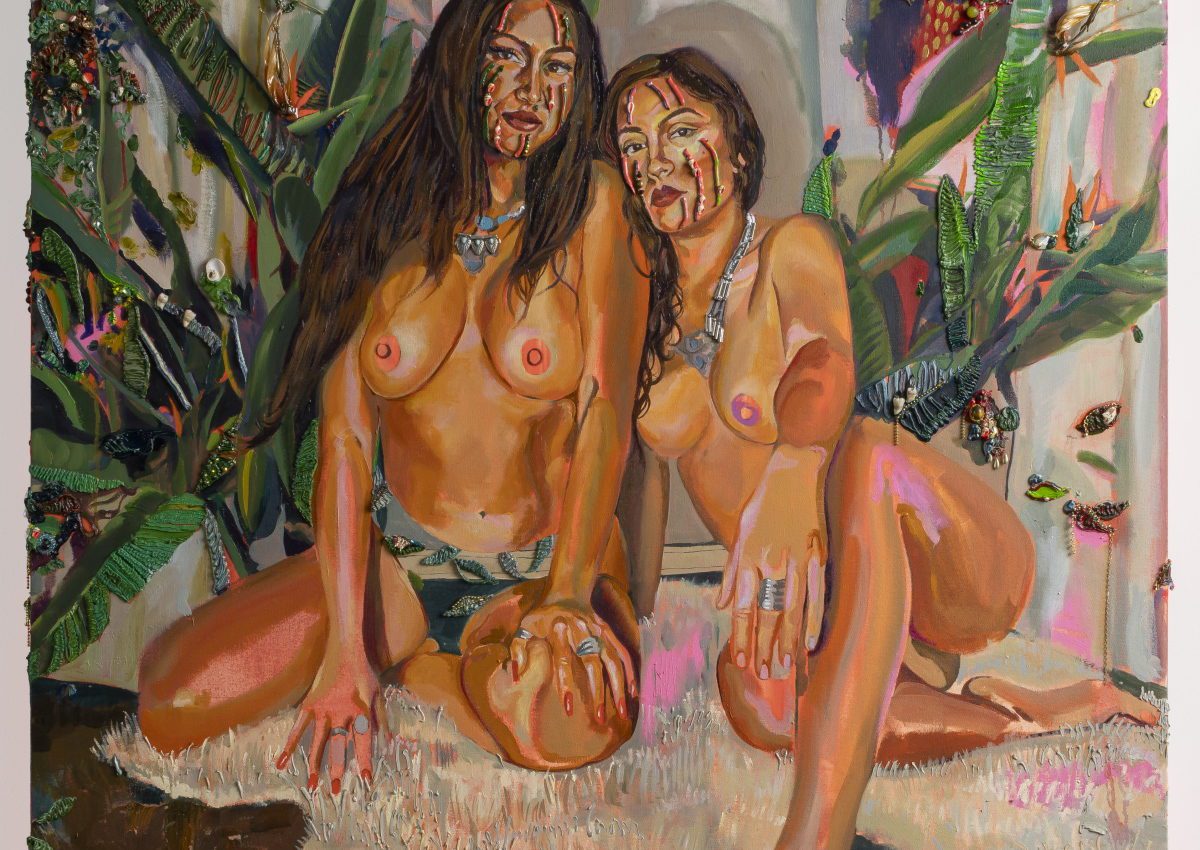 A striking exhibition from renown artist Gisela MacDaniel displaying her most compelling work to date and continues her vibrant exploration of narrative themes in celebratory resistance to Colonialism’s effects. Recommended.

“She works with her sitters (a term used in lieu of ‘subject-collaborator’ indicating an active engagement with the artist) to articulate dynamic visibility beyond the bodily form. At its core, McDaniel’s figurative paintings have always been anti-Colonial. A femme painting other femmes and non-binary folks of the Global Majority is in and of itself a radical act. But even beyond that McDaniel takes an active approach in disrupting the White Supremacist, Capitalist, Patriarchal foundations of Western painting by deliberately amplifying people who have existed on the periphery of Western interest. This act is a means of creating visibility for the historically erased and a simultaneous opposition to the continued encroachment of contemporary Colonialism throughout the world.

McDaniel’s newest body of work and the focus of her solo exhibition, Manhaga Fu’una (Fu’una’s Daughters), is her most deliberate move in this direction. This series of paintings and accompanying soundscapes are specifically focused on diasporic Famaloa’an CHamoru (Chamorro women), the indigenous community from the Marianas Islands in the north-western Pacific. Her initial interest in this specific region comes from her personal heritage; she is a person of CHamoru descent from the island of Guåhan (Guam). In addition to her own relationship to Guåhan, McDaniel is broadly invested in the obliteration of Colonial whitewashing, and as an American territory, Guåhan is the poster child for the realities of Western imperialism and erasure.

The language, mythologies, histories, and dance – according to one of McDaniel’s sitters – are all but diluted or destroyed. In Manhaga Fu’una, McDaniel tirelessly combats this, not through broad strokes envisioning of histories, but through intimate portraits and individual narratives of CHamoru descendants who keep cultural torch aflame.

Hung in community with one another, McDaniel’s rich and lovingly rendered paintings centre sitters who have often been dismissed or ignored in hegemonic Western society. With each painting, the artist strives to undo the pervasive and perpetual act of invisibilising CHamoru and diasporic voices. Each sitter gazes with a pointed and self-affirming unabashedness back at the viewer. Måmes (2021), for example, features Dan Taulapapa McMullin, a Samoan-Polynesian indigenous post-colonial Oceania fa’afafinea queer, multi-disciplinary artist, who stares with a casual disregard at the viewer. Adorned in a vibrant lima bean green pāreu with chin in hand, Dan relaxes on a verdant grassy hillock as though to say, ‘I am here. Impress me.’ It is worth noting how McDaniel depicts the environment around her sitter. The painting is a cacophony of glowing lime and moss greens, stippled and stroked across the picture plain; a midground punctuated by deep forest greens squirted from the tube; cotton puff flora erupting from spindly twigs; deliberately placed spiked buds firecracker across Dan’s wrapped lap and knees. Like all of McDaniel’s paintings, the lush surrounding is more than a backdrop. It is a nod to the South Pacific islands – a reinforcement of the subject’s story. ” – Exhibition text by Jasmine Wahi, Co Director, Project for Empty Space. Full text here.