The dopamine drenched vista of our virtual selves 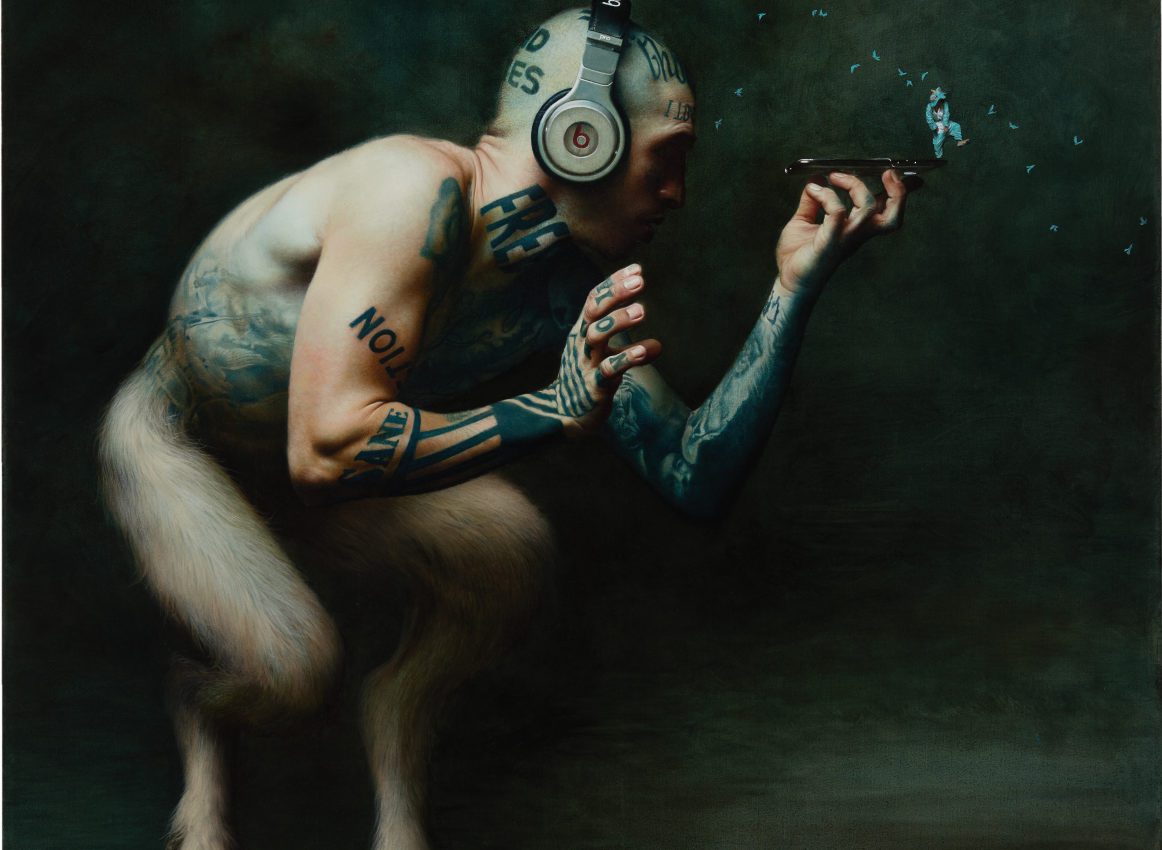 At Griffiths exhibition IMMORTAL at Halcyon gallery (2022) he describes the dopamine drenched vista of our virtual selves, idealised fears and wishes as characters within hyperreal Classical tableaus. Accomplished and visionary Griffiths’ work is immediate and impressive but given the social subject matter is the beauty he describes a symbol of hope or desire, that things get better or that they get better for ‘me’? 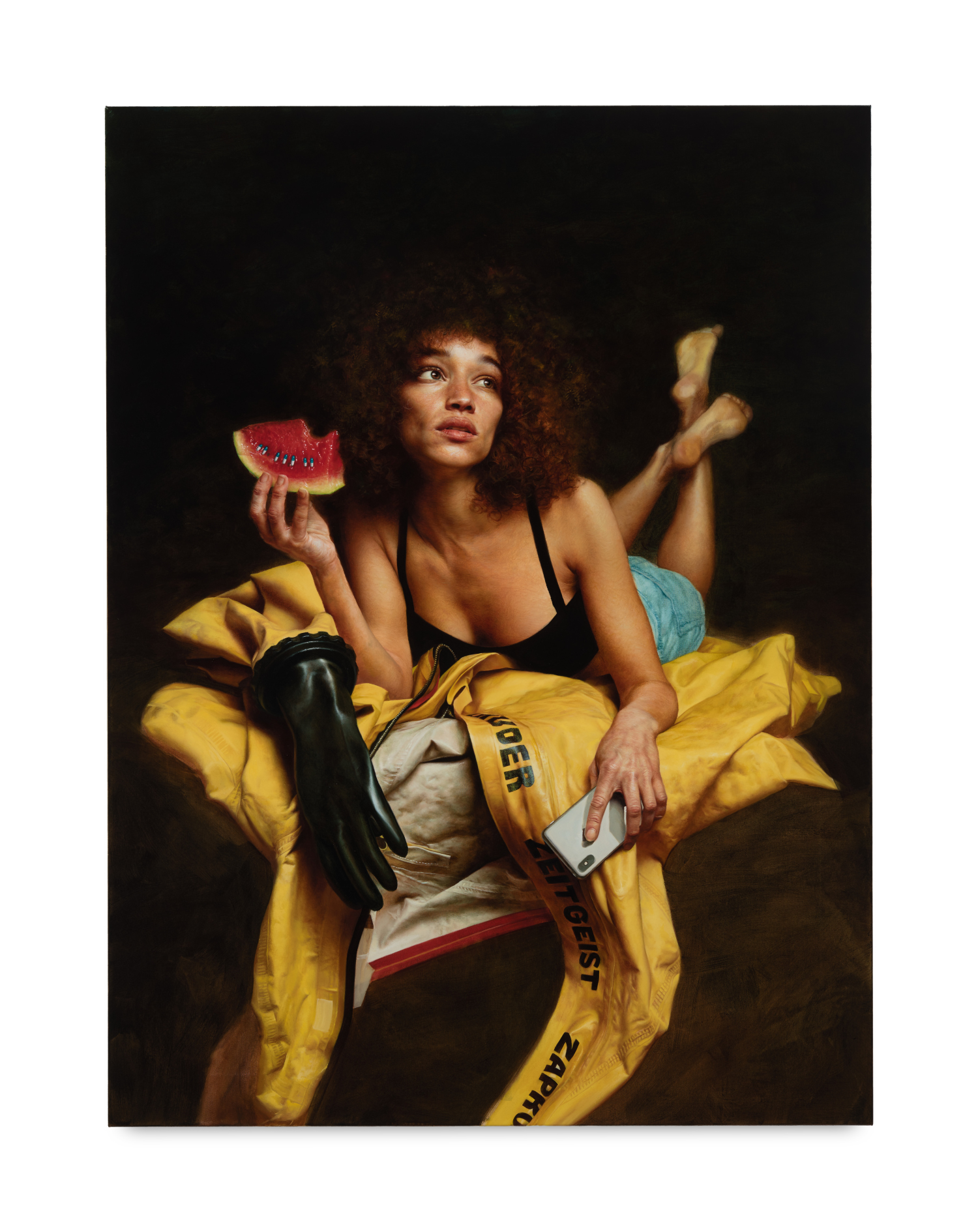 Mitch Griffiths, Some Kind of Sanctuary, 2021

Fauns tweeting, cowardly Lions in hazmat suits. Griffiths uses symbols to connect with real themes but they are put at an idealised distance; beauty, myth, envious gaze all simultaneously push the viewers physical reality away but targeting the imagined perfect self, just as social media does, as celebrity does, and religion used to.

The uncanny valley in Griffiths’ work is not in his visual representation of humanity but in how the symbols he uses slip reality. As an example of how Griffiths uses symbols and their effect in one painting, in ‘The Path of Most Resistance’ there are a number of red and blue pills floating through the scene, resonating with the red Republican MAGA and blue Democratic hats elsewhere in the scene. This also suggests the choice given to the protagonist Neo in the Matrix, where the actual world is a post-apocalyptic nightmare run by mirror black machine elves and humans live as batteries kept alive on virtual reality, drugs and dreams; 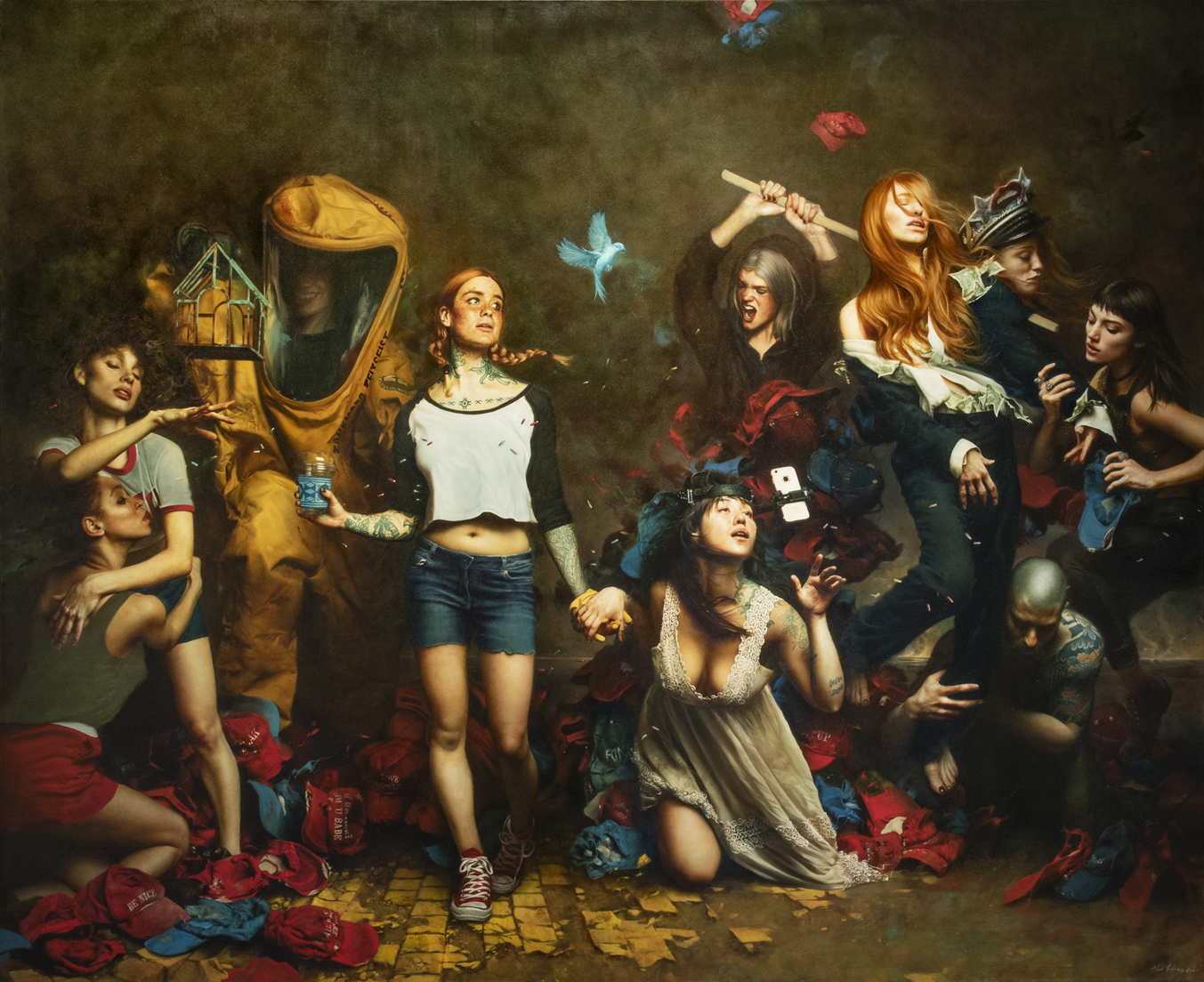 Mitch Griffiths, Paths of Most Resistance, 2021

“You take the blue pill… the story ends, you wake up in your bed and believe whatever you want to believe. You take the red pill… you stay in Wonderland, and I show you how deep the rabbit hole goes.” – Morpheus, The Matrix, 1999.

You start riffing. Republicanism represents a horrifying reality and Democratic parties cling to a form of blind social idealism, and that political commentary itself has become an opiate, the blue of the pills, democratic hats, and Twitter birds all being a similar shade. The uncanniness occurs when the connections made in colour suggests a logical path which the mind races to fill. The mental lurching sets in when you feel yourself unsure whether you’ve been manipulated or made a discovery, you realise your mind in an uncomfortable way, against the immediate connections made within the ‘real-feel’ plasticity of the work itself. IMMORTAL is thus an exhibition that describes the uncanny valley of truth that social media feeds, connections as users to people as ideas and uncontested ideas that succeed because they feel true. Is this then a reflexive cautionary morality reminiscent of those Romantic painters who suggested the dangers associated with uncontrolled technological expansion? And if the low road here proffers relief and recognition through social media, the high road – whatever that might be away from the digital age – disappears from view, suggesting nothing but pain and social egress. IMMORTAL is Mitch Griffiths’ major new solo exhibition, his fifth at Halcyon Gallery, which has been over six years in the making. Encircling and querying many issues that have emerged or been consolidated in Western society during this period, IMMORTAL introduces and explores ideas around the pandemic, feelings of isolation, identity politics, social media and its effects, the concerns and activism of today’s youth, and how we treat and react to each other. Although inspired by historical styles of painting, Griffiths expresses these notions through images of the present day, creating his heroes and dramas out of ordinary people and places. 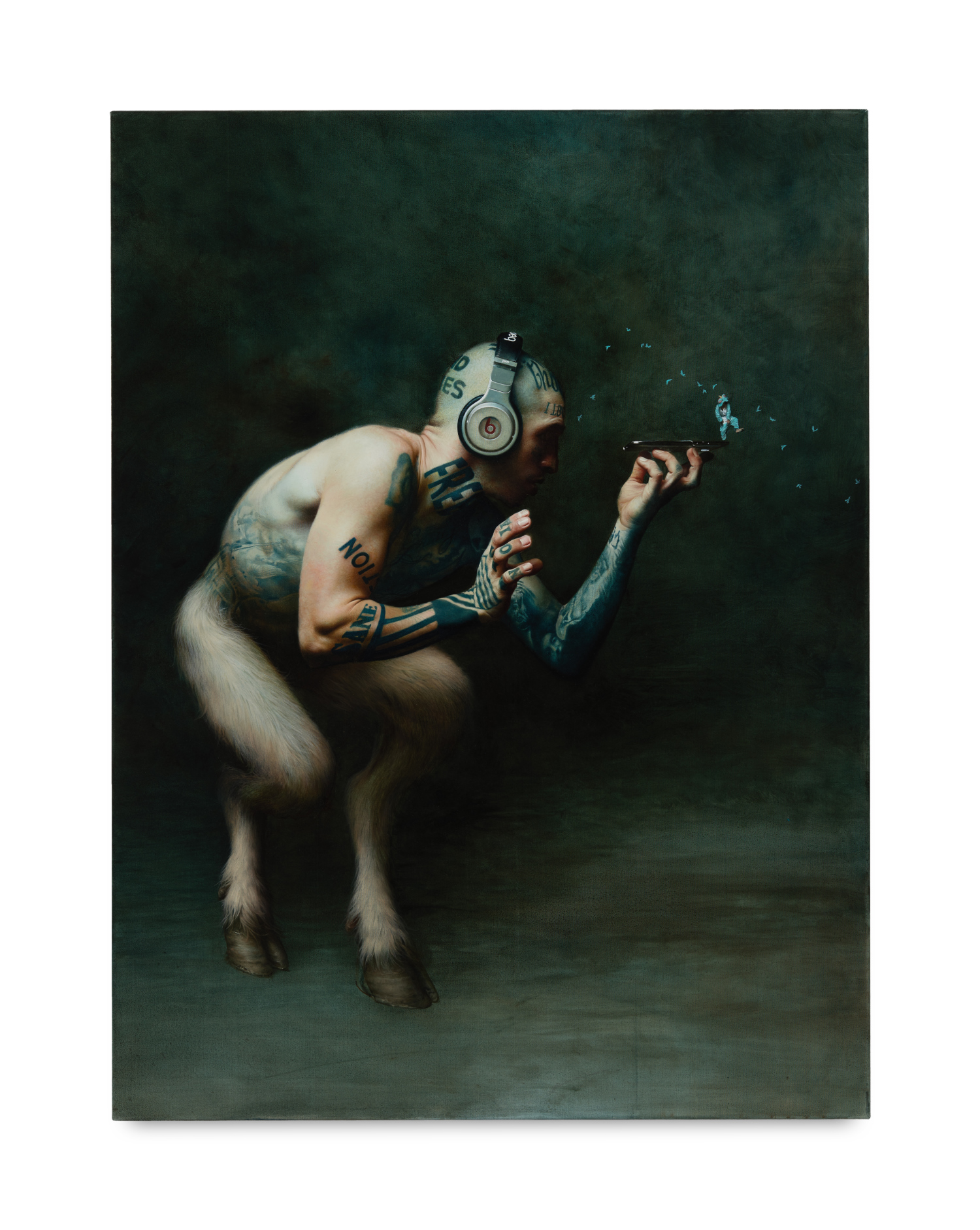