Ethno is a unique project for traditional and folk musicians aged 18-30 – a series of summer camps bringing together musicians from around the globe to share their music with one another. Ethno is a space for intercultural learning, friendship, and exchange. 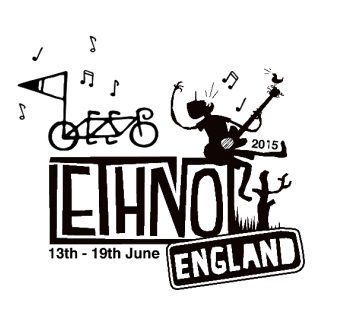 This year, Ethno England will be hosted by Tandem Festival at the beautiful Hill End site near Oxford. This June, 20 young and curious musicians will come to meet and share their music in the rolling hills of Oxfordshire countryside. There will be camping, food, bonfires, dancing, festival preparations, workshops, and most of all, music!

Ethno participants will play music in the Barn during the days, camp on the hills at night, and perform together at the Festival’s opening night on Friday. Ethno musicians will also have the chance to perform solo slots at the festival, and take part in the creation of the festival site.

There’ll also be organised bike rides from hubs across the UK and Europe, encouraging the audience and artists alike to adopt the most eco-friendly mode of transport and embark on a #microadventure.

And, for the first time in almost a decade, Ethno World returns to the UK to host one of their globally renowned music camps that bring young artists from around the world together for a week of pre-festival collaboration culminating in a one-off performance on the opening night of the festival!

Next Story:
Death in the Afternoon : Political Slaughter in Spain