[dropcap style=”font-size:100px; color:#992211;”]I[/dropcap]
ntriguing. We’d always thought it was beer goggles which led to morning-after remorse, but it may in fact be weed-specs.

Vis: ‘when asked to focus on the sex of the face, and later identify the emotion, cannabis users scored much lower than non-users’.

The complex biochemistry of cannabis and how it affects the brain is only beginning to be understood. Lucy Troup, assistant professor of psychology at Colorado State University, has set out to answer specifically how, if at all, cannabis use affects one’s ability to process emotions.

A recent study suggests that cannabis does, in fact, significantly affect users’ ability to recognize, process and empathize with human emotions like happiness, sadness and anger. But the results also suggest that the brain may be able to counteract these effects depending on whether the emotions are explicitly, or implicitly detected.

Troup has long been fascinated by the psychology of drugs and addiction. Her interest in cannabis and marijuana was piqued by Colorado’s passage of Amendment 64, and many seemingly conflicting studies of the drug’s long- and short-term effects on the brain.

“We’re not taking a pro or anti stance; but we just want to know, what does it do? It’s really about making sense of it,” Troup said.

For nearly two years, Troup and her graduate students have been conducting experiments using an electroencephalogram (EEG) to measure the brain activities of about 70 human subject volunteers. They all self-identified as chronic, moderate or non-users of cannabis. The recruits were all vetted as legal users of marijuana under Colorado Amendment 64; they were either medical marijuana users 18 or older, or recreational users 21 or older.

Also, the participants were asked to pay attention to the emotion, and th 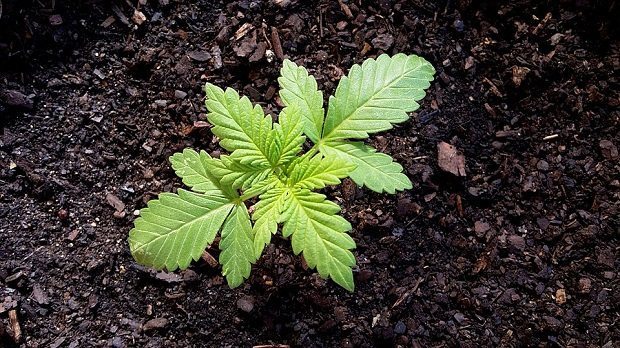 The study seems to suggest that the brain’s ability to process emotion is affected by cannabis, but there may be some compensation that counteracts those differences. There’s no difference between users and non-users when they’re directed to a specific emotion. But on a deeper level of emotion processing – depicted by the ability to empathize – the response is reduced in cannabis users.

Specifically, Troup et al. measured the “P3 event-related potential” of the subjects. EEGs can record a wide variety of generalized brain activity. In this case, they focused on what happens in certain parts of the brain when subjects were shown a face – the face being the event. P3 is the electrical activity in the brain triggered by visual attention – when one notices something. P3 activity is known to be related to attention in emotional processing.

“We tried to see if our simple emotion-processing paradigm could be applied to people who use cannabis, because we wanted to see if there was a difference,” Troup said. “That’s how it all started.”

Troup is leading a second EEG study focusing on the effects of cannabis on mood disorders like depression and anxiety. A graduate student in her lab is also investigating the effect of cannabis on learning.

Previous Story:
Sanders’ Super Tuesday Smackdown? The Surprise is that he made it this far.