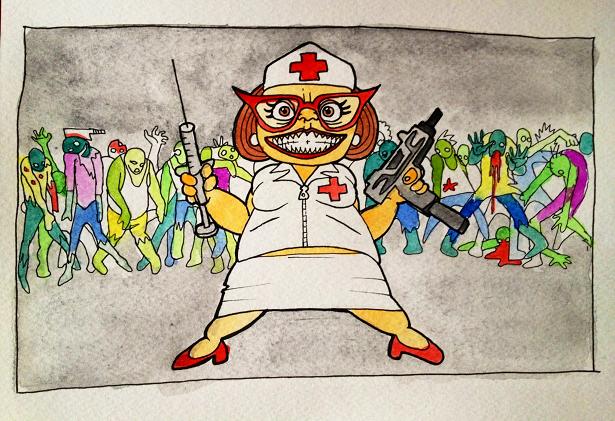 How can we prepare better for emergency situations?

In our white papers

Well designed and planned exercises are essential to ensure that the UK can respond effectively to emergencies of all kinds, according to research funded by the Economic and Social Research Council (ESRC). The emergencies may take the form of a terrorist attack, flooding, pandemic flu, rail or air disaster – or any major disruptive event requiring an emergency response [Such as Zombies  – Ed].

The number of such exercises taking place across the UK each year within what the researchers call the ‘resilience community’ – including emergency services, local authorities, central government departments and agencies, and many large commercial organisations – is probably in the thousands, according to Dr Ben Anderson from Durham University and Dr Peter Adey of Royal Holloway. And each exercise varies in scale, duration and complexity depending on its design and purpose.

The aim of the research was to generate new knowledge about how exercises are planned, designed and undertaken, particularly following the 2004 Civil Contingencies Act, and to learn from practitioners about how the planning and design of exercises might be improved.

Researchers interviewed emergency services nationwide and observed exercises directly and have subsequently created white papers and user guides indicating good practice in exercise design. These underline the importance of pre-exercise briefing to communicate the purpose, activities, roles and responsibilities of an exercise. They explain the value of focusing on the role of the key responders and those in leading positions in a multi-agency scenario.

They also highlight how thought cards, task cards and aide memoirs for key individuals will instil confidence and knowledge. Equally, the research suggests the effectiveness of the surprise element by introducing a ‘no notice’ exercise to test capabilities and they stress the use of realism, plausibility and building up a sense of excitement.

The research demonstrates that exercises have a number of valuable functions. They develop, test and validate plans, protocols and procedures, such as those involved when an emergency situation moves from the immediate response to the recovery phase. They test organisational forms and systematic routines, such as how to set up strategic coordinating groups providing leadership. They check the workability of communications networks and practices. Not least, they develop staff competences to have the ability to use a tactical plan and to make judgements under pressure.

Says Dr Anderson: “The learning and capabilities deriving from all forms of exercise make a massive but largely hidden contribution to the ability of the UK to respond to emergencies and ensure public wellbeing.”

The researchers have also emphasised the value of exercises in achieving familiarisation with other organisations. This demands multi-agency collaboration and co-ordination, enabling staff and participants to build new relationships and trust with different working cultures. Dr Anderson comments: “Organisations involved in emergency planning and responses have different working styles, hierarchies and structures so that exercises will be challenging in different ways to all involved.”

Dr Anderson says: “The informal interaction between individuals and groups afforded by exercises is also central to their value. In our white papers and user guides we indicate how and why maximum learning can be gained and retained from the design, planning and prosecution of exercises. Improved exercising will help local authorities and other organisations be better prepared for the range of [Zombie based – Ed] emergencies they face”