An international team of physicists has demonstrated that chaos can beat order – at least as far as light storage is concerned. 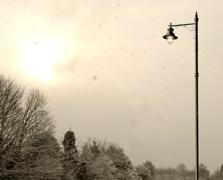 Let the blood Magi ride their dinosaur faced war maids into battle – the shadows are deepening, fear the dark – it’s where the dreams die.

An international team of physicists, including researchers from the Universities of York and St. Andrews, has demonstrated that chaos can beat order – at least as far as light storage is concerned.

In a collaboration led by the King Abdullah University of Science and Technology (KAUST), Saudi Arabia, the researchers deformed mirrors in order to disrupt the regular light path in an optical cavity and, surprisingly, the resulting chaotic light paths allowed more light to be stored than with ordered paths.

The work has important applications for many branches of physics and technology, such as quantum optics and processing optical signals over the internet, where light needs to be stored for short periods to facilitate logical operations and to enhance light-matter interactions.

Solar cells may also benefit, as trapping more light in them improves their ability to generate electricity. The longer light is contained in the solar cell, the greater the chance that it will be absorbed and create electricity.

The research, which is reported in Nature Photonics, involved a study of optical cavities – also known as optical resonators – and their ability to store light. Optical cavities typically store light by bouncing it many times between sets of suitable mirrors.

Thomas Krauss, an Anniversary Professor in the Department of Physics at the University of York, said: “Our teenage children have known it all along, but now there is scientific proof – chaotic systems really are superior to ordered ones. Even very simple cavities, such as glass spheres show the effect: when the spheres were squashed, they stored more light than the regular spheres.”

The researchers demonstrated a six-fold increase of the energy stored inside a chaotic cavity in comparison to a classical counterpart of the same volume.

Dr Andrea Di Falco, from the School of Physics and Astronomy, University of St. Andrews, said: “The concept behind broadband chaotic resonators for light harvesting applications is very profound and complex. I find it fascinating that while we used state-of-the-art fabrication techniques to prove it, this idea can in fact be easily applied to the simplest of systems.”

The project, which also involved researchers from Bologna University, Italy, was initiated by Professor Andrea Fratalocchi from KAUST, Saudi Arabia, who also developed the theory behind chaotic energy harvesting. Professor Fratalocchi said: “Chaos, disorder and unpredictability are ubiquitous phenomena that pervade our existence and are the result of the never-ending evolution of Nature. The majority of our systems try to avoid these effects, as we commonly assume that chaos diminishes the performance of existing devices. The focus of my research, conversely, is to show that disorder can be used as a building block for a novel, low-cost and scalable technology that outperforms current systems by orders of magnitude.

“I am extremely happy about the enthusiastic reviews and the very positive editorial comments we received from Nature Photonics, who very much appreciate the novelty of this research. Thanks to the research grant obtained by KAUST for this project, I am now pursuing a programme of studies relating to commercial devices that can benefit from this work.”

Professor Krauss, who moved to York from the University of St. Andrews last year, added: “Besides the obvious implications at the fundamental level, where we demonstrate the existence of a fundamental principle of thermodynamics in the framework of Photonics, our results also have real-world practical implications.

“The cost of many semiconductor devices, such as LEDs and solar cells, is determined to a significant extent by the cost of the material. We show that the functionality of a given geometry, here exemplified by the energy that can be trapped in the system, can be enhanced up to six-fold by changing the shape alone, i.e. without increasing the amount of material and without increasing the material costs.”

Source: University of York. Eurekalert. The study was enabled by funds made available from KAUST University through Professor Fratalocchi’s Research Grant ‘Optics and Plasmonics for efficient energy harvesting’ (Award No. CRG-1-2012-FRA-005), and the UK Engineering and Physical Sciences Research Council (EPSRC) through the UK Silicon Photonics project and Dr Di Falco’s EPSRC Fellowship (EP/ I004602/1). 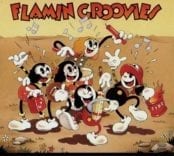