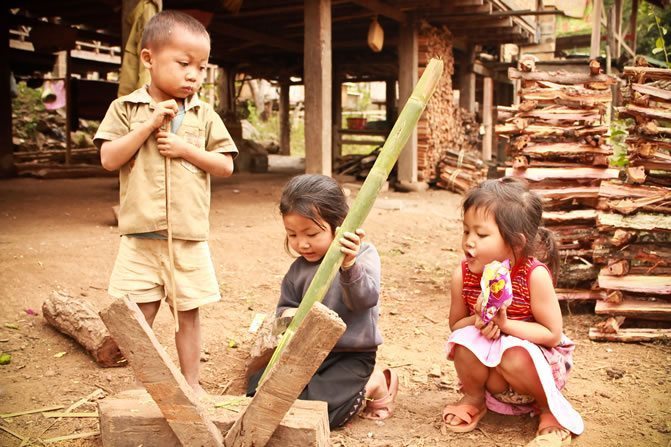 …sadly the effect on parents of endless repetitions of ‘chopsticks’ aren’t as well known.

If you started piano lessons in grade one, or played the recorder in kindergarten, thank your parents and teachers. Those lessons you dreaded – or loved – helped develop your brain. The younger you started music lessons, the stronger the connections in your brain. A study published last month in the Journal of Neuroscience suggests that musical training before the age of seven has a significant effect on the development of the brain, showing that those who began early had stronger connections between motor regions – the parts of the brain that help you plan and carry out movements. This research was carried out by students in the laboratory of Concordia University psychology professor Virginia Penhune, and in collaboration with Robert J. Zatorre, a researcher at the Montreal Neurological Institute and Hospital at McGill University. The study provides strong evidence that the years between ages six and eight are a “sensitive period” when musical training interacts with normal brain development to produce long-lasting changes in motor abilities and brain structure.

“Learning to play an instrument requires coordination between hands and with visual or auditory stimuli,” says Penhune. “Practicing an instrument before age seven likely boosts the normal maturation of connections between motor and sensory regions of the brain, creating a framework upon which ongoing training can build.”

With the help of study co-authors, PhD candidates Christopher J. Steele and Jennifer A. Bailey, Penhune and Zatorre tested 36 adult musicians on a movement task, and scanned their brains. Half of these musicians began musical training before age seven, while the other half began at a later age, but the two groups had the same number of years of musical training and experience. These two groups were also compared with individuals who had received little or no formal musical training.

When comparing a motor skill between the two groups, musicians who began before age seven showed more accurate timing, even after two days of practice. When comparing brain structure, musicians who started early showed enhanced white matter in the corpus callosum, a bundle of nerve fibres that connects the left and right motor regions of the brain. Importantly, the researchers found that the younger a musician started, the greater the connectivity.

Interestingly, the brain scans showed no difference between the non-musicians and the musicians who began their training later in life; this suggests that the brain developments under consideration happen early or not at all. Because the study tested musicians on a non-musical motor skill task, it also suggests that the benefits of early music training extend beyond the ability to play an instrument.

“This study is significant in showing that training is more effective at early ages because certain aspects of brain anatomy are more sensitive to changes at those time points,” says co-author, Dr. Zatorre, who is also the co-director of the International Laboratory for Brain Music and Sound Research. But, says Penhune, who is also a member of the Centre for Research in Human Development,

“it’s important to remember that what we are showing is that early starters have some specific skills and differences in the brain that go along with that. But, these things don’t necessarily make them better musicians. Musical performance is about skill, but it is also about communication, enthusiasm, style, and many other things that we don’t measure. So, while starting early may help you express your genius, it probably won’t make you a genius.”