Drop It, Bin It: Floor Food is Bad Food

Sometimes bacteria transfer in less than a second

Research from said academy of learning suggests that the well-known practice of considering food which has fallen onth the floor safe to eat as long as it wasn´t there for longer than five seconds is flawed logic.

Cultural bias, obviously. We’ve never heard of this five-second rule. But everybody knows that the correct approach is to make a quick sign of the cross and gobble it down.

Turns out bacteria may transfer to candy that has fallen on the floor no matter how fast you pick it up.

Rutgers researchers have disproven the widely accepted notion that it’s OK to scoop up food and eat it within a “safe” five-second window. Donald Schaffner, professor and extension specialist in food science, found that moisture, type of surface and contact time all contribute to cross-contamination. In some instances, the transfer begins in less than one second. Their findings appear online in the American Society for Microbiology’s journal, Applied and Environmental Microbiology.

“The popular notion of the ‘five-second rule’ is that food dropped on the floor, but picked up quickly, is safe to eat because bacteria need time to transfer,” Schaffner said, adding that while the pop culture “rule” has been featured by at least two TV programs, research in peer-reviewed journals is limited.

“We decided to look into this because the practice is so widespread. The topic might appear ‘light’ but we wanted our results backed by solid science,” said Schaffner, who conducted research with Robyn Miranda, a graduate student in his laboratory at the School of Environmental and Biological Sciences, Rutgers University-New Brunswick.

Transfer scenarios were evaluated for each surface type, food type, contact time and bacterial prep; surfaces were inoculated with bacteria and allowed to completely dry before food samples were dropped and left to remain for specified periods. All totaled 128 scenarios were replicated 20 times each, yielding 2,560 measurements. Post-transfer surface and food samples were analyzed for contamination. 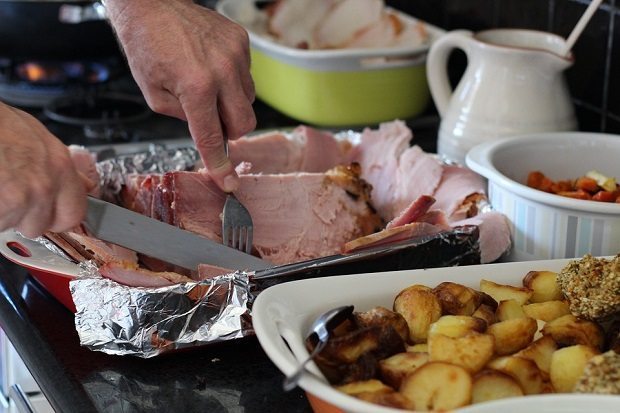 Not surprisingly, watermelon had the most contamination, gummy candy the least. “Transfer of bacteria from surfaces to food appears to be affected most by moisture,” Schaffner said. “Bacteria don’t have legs, they move with the moisture, and the wetter the food, the higher the risk of transfer. Also, longer food contact times usually result in the transfer of more bacteria from each surface to food.” Perhaps unexpectedly, carpet has very low transfer rates compared with those of tile and stainless steel, whereas transfer from wood is more variable. “The topography of the surface and food seem to play an important role in bacterial transfer,” Schaffner said.

So while the researchers demonstrate that the five-second rule is “real” in the sense that longer contact time results in more bacterial transfer, it also shows other factors, including the nature of the food and the surface it falls on, are of equal or greater importance.

“The five-second rule is a significant oversimplification of what actually happens when bacteria transfer from a surface to food,” Schaffner said. “Bacteria can contaminate instantaneously.”

Previous Story:
Look Again: The Way of the Morris

Next Story:
If it Ain’t Broke, Don´t Touch(é) It! (Touché Amoré)