This is not offensively bad, or indeed really bad at all, but it feels like an awful waste of potential. 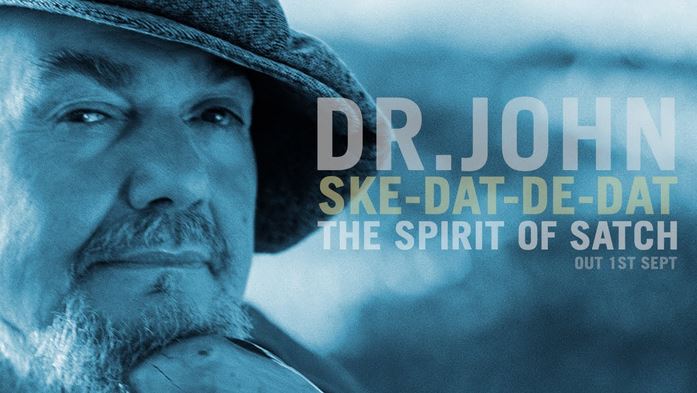 Dr John – New Orleans’ greatest living musical son, pays tribute to probably the biggest legend that city has ever produced, Louis Armstrong. And he’s not doing it alone, everyone from the Bonnie Raitt to the Blind Boys of Alabama, along with some of the best musicians in NOLA, have been roped in to help.

Dr John has form here.  He’s played two tribute concerts to Louis Armstrong in the last few years, motivated, he says, by Satchmo visiting him in a dream.  This album is the culmination of this process, but whilst it flickers at occasional moments, the result is frankly a bit disappointing.

It starts off promisingly enough, with Dr John’s voice feeling like the perfect fit for opener “What a Wonderful World”, and the Blind Boys of Alabama providing beautiful, soulful support.  But even here, the doubts start to emerge.  Of perhaps all of Armstrong’s ridiculously famous songs, this is not just the most well known, but also the most done to death, the most cliched, and this version doesn’t quite escape the feeling that you’re listening to an – admittedly extremely high class – cruise ship  band.

The fact that it’s followed by “Mack the Knife” – featuring some exceptionally misguided rapping, and annoying smooth-jazz bass – just compounds the problem.  Playing standards like this is always problematic, but the real issue here is that the pleasure of a tribute album is always about hearing how one unique musical personality interprets (or inhabits) the work of another. Few personalities are more unique, or more chameleonic, than Dr John, and his recent Dan Auerbach-produced album Locked Down showed just how much vibrant life there is in the old man of the swamp.

Unfortunately, that life is missing here, perhaps diluted by the ensemble nature of the project, or perhaps undermined by Dr John’s palpable worship of the source material.  Because this is retrograde, uninspiring stuff.  “Tight Like This” sounds like the Midnight Caller theme tune covered by Margarita Prakatan, despite some superb trumpet, and much of the rest is just bland.

“Gut Bucket Blues” provides the first moment that actually feels like Dr John, and is only matched by “Wrap Your Troubles in Dreams”.  These two tracks sound effortless, well thought through, and like the musicians have reined themselves in a bit to let the song speak for itself.  Elsewhere, they just sound like they’re having fun.  Which is not necessarily a bad thing, but whilst this sort of self-indulgence must be great to be a part of or see live, it isn’t necessarily what you want on an album.

It’s a real shame – because these undoubtedly are superb musicians.  The brass section throughout is stunning (which is unsurprising given some of the names involved), and Dr John’s piano – particularly on “Nobody Knows” – is beautiful. But there’s a lack of overall identity, and what identifiable “sound” there is just conjures up images of the aforementioned cruise ship, or a Las Vegas lounge.

I am making it sound worse than it actually is, to be fair.  This is not offensively bad, or indeed really bad at all, but it feels like an awful waste of potential.  Personally, I think this could work live, in a nostalgic sort of way, and a rotating, ensemble cast has more power to dazzle on stage.  Here, it does not so much dazzle as drizzle, with moments of virtuosity peppered throughout music that otherwise would probably go down well as background music in a Pizza Express, or on a Christmas advert for John Lewis.  And that, with all due respect, is neither a tribute to the great Louis Armstrong, or enough for a genius like Dr John.

So, whilst Satchmo is probably not spinning in his grave, he might be planning another night-time visit to his fellow New Orleanian to tell him that next time he should stick to what he does best – being Dr John.  The “Spirit of Satch” definitely lives on – in New Orleans, and in an almost unmatchable musical legacy.  But you won’t find it here.

Previous Story:
‘Too Old’? Depends on where you are.