Mirroring the Zeitgeist with Doom, Death and Gothic Gloom

[dropcap style=”font-size:100px; color:#992211;”]I[/dropcap]t’s a bit of a shame that this horror-themed Italian doom band Abysmal Grief released its album in early November – it missed Halloween by two days.

Missed opportunities aside, AG’s fifth LP is typical of its style. In practice, this is loads of downtuned guitars and an almost gleefully camp gothic ambience. This is perfectly topped off by their choice of a lead singer, who sounds like some mad bloke they picked off the streets of Genoa, plied with Laudanum, and kept locked in an attic with only yellow wallpaper to keep him company for about 10 years. In other words, it’s a perfect fit. 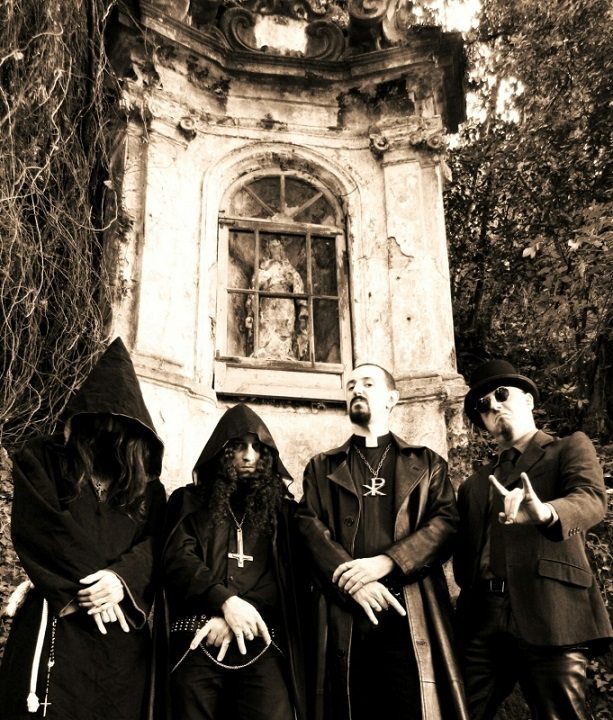 Gothic is only one step away from being just plain silly. It either needs restraint or at least some dash of the everyday, otherwise it’s Carry On Screaming all over again. Abysmal Grief sidesteps this knotty issue by plainly not giving a fuck either way. They just have a huge amount of fun riffing amidst the church bells and fake lightning SFX and leave it at that.

Not that this is just an in-band, in-joke. Arguably, AG really nails it on track three, “Sepulchre of Misfortune”, which melds great meaty hooks, darkwave and a rather sinister synthpop vibe to great effect. But as track eight, “The Samhain Feast”, shows, the band can also rock with some suitably droned out, buzzed up doom riffing too. (Although the creepy/cheesy organ solo is still present and correct, and very catchy.)

Track 11, “Chains of Death”, dwells on a strong single riff and proceeds to rock the jolly hell out. Finally, track six, “Creatures From The Grave”, with its eerie see-saw tune is surprisingly accessible, and so reveals a certain popular touch at play here too.

Now, the only real question about the album is whether you need to take your metal seriously or not. If you like it grim but with a cheeky grin, this is your bag. The more humourless end of the metal spectrum may, however, be unamused (and will probably die alone, but hey). It is, to sum up, great fun which can still wield the doom vibe with a deft touch and convinces with the genuine core of metal at its heart.

Arizona’s Gatecreeper does good old fashioned death metal, of the kind which sounds like a more upbeat, more accessible version of Obituary at points, and gets to the point with great speed. Indeed, the band’s second album, and its first for Relapse, immediately makes a good impression with sturdy beats, strong hooks and an immediate sense of each song having its own personality. Each song follows this formula to the letter. It works. They know it works. Heaven knows, it works so much, they do it for all nine tracks on the album.

And therein lies the problem. How so? Consider this – good music isn’t always immediately accessible. Sometimes, it takes work, effort, a willingness to ignore first impressions and peer beneath the surface.

In fact, some of the best albums you will ever hear are these difficult sods. They are both the bane and the joy of the music journalist’s life, and the one thing they fear – how many classics get overlooked first time? How the hell do you even do them justice when you’ve only got a month or even just a week to listen to them and somehow get to their heart? These are the utter bastards of vinyl and MP3 that sound shit the first nine times and pure genius on the tenth play. You and I both know them only too well.

The opposite of this is pop music, or at least pop music in the modern sense – a superficially good hook attached to very little at all. Tune into Radio 1 or a commercial station some time and listen. It’s user friendly, unchallenging, no effort required – and it is utterly disposable. It’s also this album.

Now before you gather your pitchforks and torches, and immolate me in a giant wicker cock, I am not saying that this is literally pop music; quite the opposite in fact. But it makes the same mistake as pop music – it is too easy to listen to, too easy to enjoy, too easy to forget. It’s not bland, of course, like a lot of modern pop music is, but it is far too tidy, precise, predictable….

Even its length of the album is questionable, many songs lastin 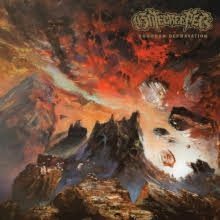 g no longer than four minutes, and only one crawling past five. This is convenience death metal, undead easy listening. Harsh though it may sound, it is also in a sense a betrayal of death metal, and metal in general: a maligned genre of music that requires much work and a strong stomach. You can get your kicks out of death metal, but they should be earned. “Craving Flesh” is the superheavy rock equivalent of sugar water.

This is not to say this album isn’t a death metal album. It sounds like one, it growls like one, it shrieks and pounds like one. But pull away the lurid song titles and lyrics, and this is very much a faintly innocuous sheep in rabid wolf’s clothing.

Next Story:
Queasy Democrats – Make Your Wound a Womb