I’m more a DJ for sure but I have truly fallen in love with producing. You can call it a double marriage if you want. 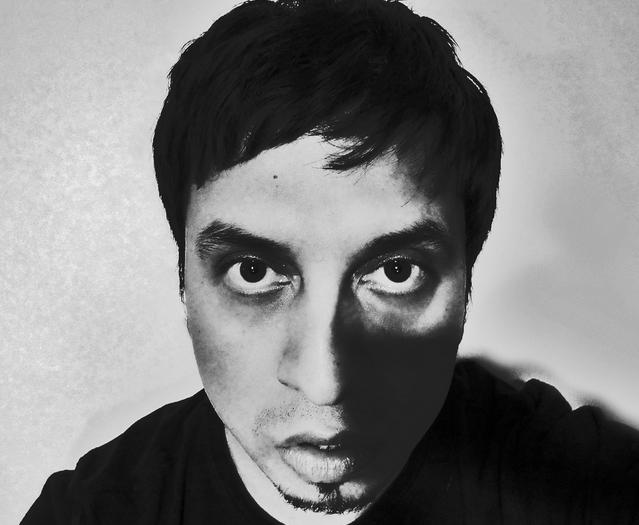 This mammoth release comes as a 12 track vinyl (tracks A1-C4) or 13 track vinyl (tracks D1-D13), making a total of 25 tracks, all created over the last year. It’s advertised as a “no filler type of LP” and if some tracks are a little lighter or funkier, the quality control levels are surpringly high over such a large selection, with some very powerful tracks.

Codex Europa spoke to him about the album and his methods.

How did you approach the LP format after so long as a singles artist?

It was kind of an accident to be honest. I recorded a lot over the last year and

built up quite a library of music. I do pay some attention to promos to see if I can find tracks I can play and I noticed that a lot of albums that are currently being released are very concept-based and normally only have one track I can actually play out, so I thought it would be great to go against that model and release only dance floor tracks or shit djs can really play.

I also noticed that a lot of producers these days like to make albums that are under 10 tracks and I feel that’s not enough, in my opinion. So I decided to go against that as well and release 25 recordings and call it a day. As for having a concept, I love the idea, I think it’s great to have something tie everything together, but at the end of it all I’m listening to see if I’m going to play anything from that project.

As for my LP In Pure Form, I stuck with my same rules as when I’m releasing EPs on my label Modularz, and just selected what I wanted to play. I’m sure I will at some time put out my version of a concept album … but for now I’ll keep putting out my tracks.

You’re as much a DJ as a producer (perhaps you don’t see any distinction between the two) – are some tracks aimed mainly at DJs and some mainly at listeners? Are all your tracks ‘functional’ in a DJ and a listening context?

Well I’m more a DJ for sure but I have truly fallen in love with producing. You can call it a double marriage if you want. Are they different ? Yes they are and the difference is quite huge. As for my tracks aiming at the DJ, yes for sure, it’s why I do it all.

Did you create tracks with vinyl or CD in mind or did you choose which tracks would sit on which format later?

I like to mix things up and put some stuff out on vinyl and some on both formats, vinyl and digital. It all depends on what label I’m working on and my output at that time. I think having a nice balance between the two is great.

What’s the formula for a Developer track? What makes it recognisably one of yours? Is it more from technique, technology or attitude?

Not sure really … maybe attitude and upbringing. To be honest, I didn’t really try and create my own sound, I just made music only for myself to play in mind and it all just came out sounding that way. Maybe that’s the secret to originality? Not giving a fuck about what anyone says, purposely go against rules that you didn’t set and make something truly for yourself.

Can you tell us something about your set-up and creative process? Are you working primarily with software or analogue equipment?

I mix everything down on a computer and get my sounds and sequences from many sources
– analog, digital and even field recorded stuff.

What current artists and labels do you find interesting?

Any producer connected or affiliated to or on Modularz! I also follow recordings from – Polegroup, Semantica, Mote Evolver, Avian and Token. I say if you were to follow and pay attention to all the artists and releases on those labels you will find endless gold.

Next Story:
Return to the Source 21st Anniversary