Detroit : Just how bad is it really?

How did Detroit go from industrial behemoth to Mad Max-inspired wasteland? Does it really play host to a secret race of mole-people? Just how bad is it really? 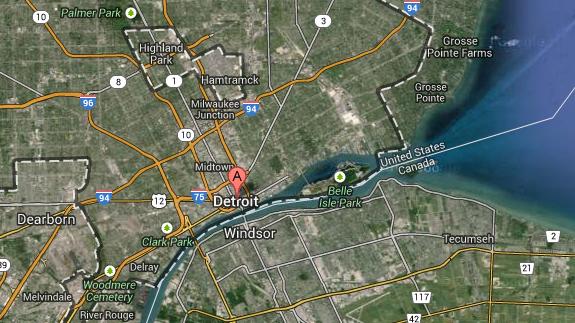 Once America’s fourth largest city, Detroit has fallen to eighteenth in the latest census, losing nearly a quarter of its population in the last decade alone. Houses stand empty and abandoned, often the victims of arson attacks and metal thieves. Packs of feral dogs roam the streets. 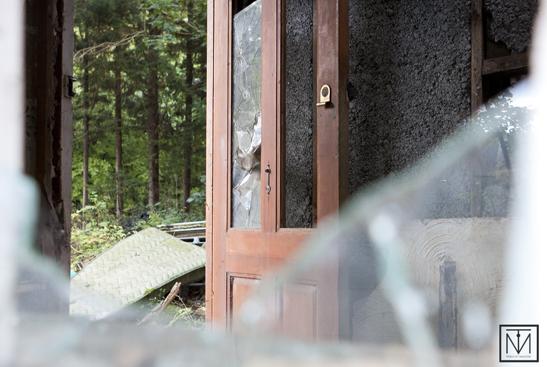 Unemployment hovers around 19%. Three out of five children live below the poverty line, half of the city’s streetlights are no longer operational, and you could get a pizza delivered to your burgled house before the police get there.

Despite all this, Detroit is on the up-and-up. Young professionals are moving back into the city centre. Artists and musicians are taking advantage of the fact that property prices are at an all-time low, and upscale shops like Whole Foods are settling in to Midtown. Friends of mine recently bought a house in the historic Corktown neighborhood, just outside the city centre – three bedrooms, two bath – for $60,000.

Detroit has a wealth of art and cultural experiences still at hand. It is criminal how overlooked this post-industrial gem really is, and I’m here to change that. In the first of this two-parter, I’ll be looking at the city’s rise and fall. How did Detroit go from industrial behemoth to Mad Max-inspired wasteland? Does it really play host to a secret race of mole-people? Just how bad is it really?

Much of early America’s wealth came from the vast untapped resources at its disposal. Detroit started out as a French fur trading post back when beaver skin top hats were all the rage. The city grew throughout the 19th Century as several Gilded Age resource barons took advantage of Michigan’s timber fields and copper deposits. However, it took a transport and manufacturing revolution for the city to really take off.

In 1903, Henry Ford founded the Ford Motor Company, a move that would turn Detroit into the world’s automotive capital, The Motor City.

As a manufacturing powerhouse, the city became a key component in America’s “arsenal of democracy,” during World War II. Detroit alone accounted for nearly one-quarter of the United States’ tank production over a five-year period. After the war, factories transitioned from planes and tanks back to automobiles, spurring a car culture and suburban sprawl that would eventually lead to the city’s undoing.

As the burgeoning interstate highway system clawed its way through the city, massive concrete, six-laned arteries took middle-class families out of the crowded city center and into an ever-sprawling suburbia.

Detroit hit its zenith in the 1960s. Over two million people called the city home and enjoyed the country’s highest income per capita. By 1960, one in six Americans were employed directly or indirectly by the auto industry, but it wasn’t all blue-collar car guys. Culturally, Detroit could compete with any other American city in terms of music, art, and entertainment.

Motown Records started up in Detroit in 1959, cranking out 110 top ten hits in a decade. Diana Ross, The Four Tops, The Jackson 5, Stevie Wonder, Marvin Gaye, The Temptations – all hit it big recording in the Motor City.

Today the city’s music scene might be better known for Sixto Rodriguez, the aged folk guitarist who was at the center of the Academy Award-winning documentary Searching for Sugar Man. His Establishment Blues (1970) spoke to Detroit’s slowly evolving political/economic crisis as the latter half of the century unfolded –

“Garbage ain’t collected, women ain’t protected
Politicians using people, they’ve been abusing
The mafia’s getting bigger, like pollution in the river
And you tell me this is where it’s at.”

He wrote those words a few years after the Twelfth Street riot, one of the most destructive civic disturbances in American history. Over the course of several days 43 died, over 1000 were injured, and more than 2000 buildings were destroyed. The riots prompted massive urban flight, especially of the white population, to the outlying suburbs.

The city had always had its racial tensions, as did most of the Midwestern United States during the Great Migration (the movement of former slaves from Southern states to Northern manufacturing towns at the turn of the century). The competition for low-skill, blue-collar jobs was fierce and helped to radicalize a strong following for the Ku Klux Klan.

However, the death knell for any chance at racial integration in Detroit came not through violence or race hatred, but through a 1974 Supreme Court case: Millikan vs. Bradley, which held that de facto racial segregation in schools, through district housing policies and redlining (charging blacks more for banking credit, health insurance, etc.) had to prove intent to be considered in violation of US law.

In other words, policies that produced overlapping class and racial inequalities were not considered segregationist. This all but guaranteed white flight from Detroit’s inner city, as anyone with money fled to more affluent areas.

By the time the 1980s rolled around, Hollywood gave us Robocop, Paul Verhoeven’s hyper-violent (for the time) cop flick about a crime-ridden hellhole where mega-corporation Omni Consumer Products own the police, and mafia bosses share power with business execs.

Sci-fi dystopia is meant as a warning. It should never be this prescient.

Despite falling population, the city had difficulty cutting services to match their diminished needs and continued to fund lucrative pension schemes on a borrowed dime. The city now has twice as many pensioners as public employees, and it can’t afford to pay nearly any of them.

Desperate to clean up the pension problem that hammered any chance at a balanced budget, in 2005, Detroit Mayor Kwame Kilpatrick engineered a $1.44 billion deal with Wall Street, leaning on derivatives and complex credit swaps to fund the failing pension schemes. The deal imploded with the financial collapse and now represents nearly one-fifth of Detroit’s $20 billion debt.

(A quick sidebar on Kwame Kilpatrick. If you, like me, love a good story about slowly unfolding, long-running train wrecks of hilarious, humiliating, brazen, and absurd corruption, you will love Kilpatrick. Detroit’s mayor from 2002 to 2008, he was recently sentenced to 28 years in prison for crimes including mail fraud, wire fraud, racketeering, obstruction of justice, and tax evasion. Beyond the blatant corruption, he is probably best known for hosting a party at the mayoral mansion that involved several exotic dancers.

When Kilpatrick’s wife returned home early, she attacked one of the women, Tamara Greene AKA ‘Strawberry,’ and sent her to hospital. Days later, Strawberry was murdered in what investigators suspected was a deliberate hit by a member of the Detroit Police Department. Kilpatrick continually meddled in the case, removing special investigators and costing the city millions in wrongful termination lawsuits. Kilpatrick’s full biography really has to be seen to be believed.)

Today, Detroit is on the verge of a historic bankruptcy case, one that will decide the future of the city. The Republican governor of Michigan has appointed a bankruptcy lawyer to govern the city’s finances. If the city defaults, pensioners will receive pennies on the dollar for their retirement plans, the city will be forced to cut even more essential services, and the Detroit Institute of Arts may have to sell off some of its impressive collection of modernist and post-modernist art to keep the doors open.

Despite all of this, the city is still an impressive monument to a specific time and place in American history, and, I firmly believe, it is on the way up. Why should you check it out and why does a city that is so far gone still have so much left to offer? Part two reveals all.

Photograph: Carl Byron Batson. Not to be used without prior permission
Map: GoogleMaps

Previous Story:
Sport Will Kill Ya