Def Leppard’s Phil Collen talked some gritty Yorkshire reality about the music business in the first part of his chat with Trebuchet’s Meltem Yumulgan.

In the concluding part of the interview, he offers some constructive advice to aspiring musicians : expand your listening, expand your mind, be different and special.

What do you think the secret is to being different and special?

now is the best time ever.

There’s so much music out there

I love every kind of music and I may like a country & western song. I like drum & bass or dub-step. I really do, I love the cheesiest pop songs. The last two songs I downloaded were Katy Perry and One Direction. Then, other times it would be Led Zeppelin, literally right across the board. I think you have to be that way, but you genuinely have to do it. You can’t just go ‘I’m going to like this Katy Perry song’; you actually have to realize why you like it.

I really like ‘Roar’, I think it’s such a good pop song, really well done and clever.  It sounds so simple and stupid that it’s so infectious. I enjoyed it, and when I heard it on the radio, I turned the volume up. But then, other pop songs are just awful. They haven’t got what that’s got. Like I said, I think the main trick is to be open-minded in everything – racially, socially, musically… then you have some sort of understanding of what’s really going on.

Do you mean being open-minded about everything that happens in life and blending them all together?

Yeah, I do! I think the more you let in, the more inspired you become. I know so many people that are so scared if they’re hanging out with a gay person or if they’re listening to a certain kind of music in case someone judges them. I don’t have any of that stuff. I had my hair cut short years ago. I always had a black girlfriend. I didn’t care what anyone thought.

Again, the kind of music I like comes in lots of different forms. I love 70’s Funk music, you know, Sly and The Family Stone, Earth, Wind & Fire, stuff like that, and I just love it. It really helps me write music. I have a big canvas and more paint to use, because I have all these different inspirations and melodies and chords to use… grooves, vibes, etc.

I meet some people and they 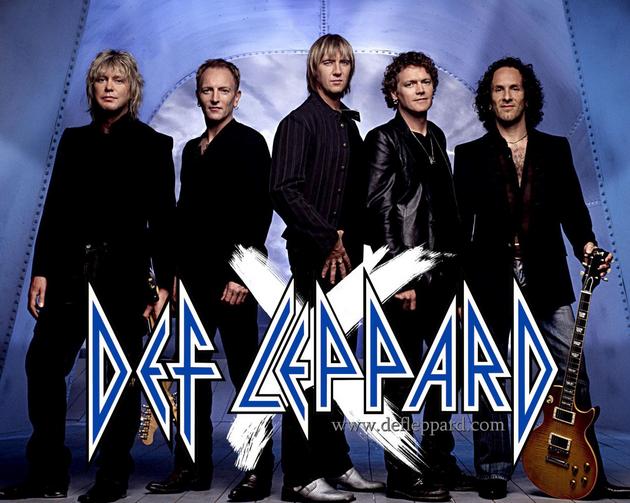 only listen to Rock music or Pop music, they’re not open-minded. Any successful musician if you bump into them; for example, if you met Prince, he would surprise the hell out of you! He goes; “I love Foo Fighters, The Beatles, Joni Mitchell, Nikka Costa,” all these different artists. He would be able to sing you a whole verse by these artists. Then, I meet a rock band and they only know the other rock bands. So, it’s that.

Prince is who he is and some of these others are who they are.

Do you think you have the same approach with Def Leppard? It was all new at the time and there haven’t been any bands who have ever sounded like Def Leppard.

I think a lot of that was down to “Mutt” Lange. He worked us so hard on those records to make it sound special. He didn’t want us to sound like a run of the mill rock band. We had better melodies, songs, guitarists and rhythms that other rock bands wouldn’t use. It was to being a different kind of vibe and groove, and that’s how it made a difference to us.

So, at the end of the day, it’s about investing time and money: to sit down and work on being creative?

It does. But you can do that yourself. I usually read five or six books at the same time. It’s a bit like music for me. One minute I like listening to Skrillex, and the next minute I go I want to listen to something else. I do that with books as well. I read something very political and I read a biography. Then I get bored of that and move on to the other book that is about travel – which I do all the time!

I do that musically as well, and now is the best time ever. There’s so much music out there. You can go on YouTube. If you pull up iTunes and say you want some Keith Urban… I think he’s really good. I mean, I’m not a big Country & Western fan but I like what he does. I think he has a different angle and approach to it: he makes it a little bit different. So, you go, ok, I want to listen to some great Keith Urban song. Then, I want to listen to Imagine Dragons; they are doing really well at the moment. They are doing a completely different kind of genre. Then, I listen to Katy Perry.

There’s a thread that goes through all of them. If you listen to any massive top ten hits of the past year, they all have a similar thread. You listen to all those different things, do some finding out, groundwork and a little bit of experimentation, and you go “Wow! They can help me write a new song!” – which is exactly what I do!

So, it’s being nourished by everything in life….

Absolutely! Actually, life itself is like that. It’s not just musically, it’s everything you do. It is about being nourished and getting the fulfilment out of it.

You mentioned some painters earlier on. Are you into other forms of art as well?

I appreciate it. I’m not an artist myself but you can do anything. I honestly think if I was to study drawing, painting and art, it would be the same for me… the same with lyrics, prose and poetry. They all have the same thing: ‘artistic fulfilment’. They are all different shapes and forms, and if you’re artistic, you can gravitate towards all of those, and that’s why I appreciate all that.

I can go to the theatre and I really like that. I can go and see a really crap movie, or another day I can go and see something quite deep. I think it’s great to be able to appreciate all of those things. You know, you said the magic word, it’s nourishing, and it’s so important to get nourished.

So, referring back to the previous point; being different requires an approach (intellect) – like being smart and taking in everything that life is giving you?

Yeah! The intellectual part, it doesn’t have to be that you have to be schooling it. I’ve learned so much since I left school. I’ve been in a situation where I’ve been sitting and talking to an arms dealer, you know the stuff I would never have an access to, someone who is the CEO of a company sitting at an airport or in a lobby somewhere. All of this stuff, you just let it all in and it just makes you sharpen your intellect, absolutely. 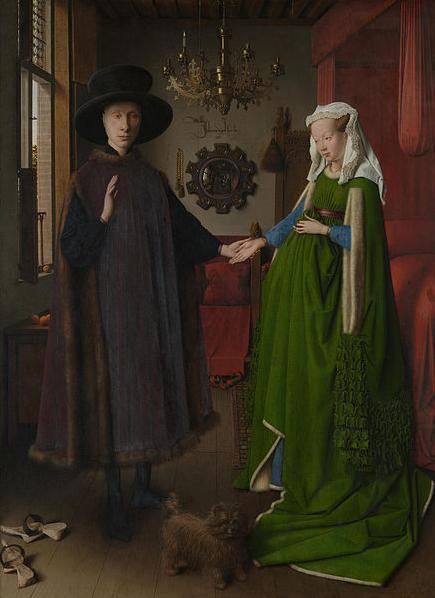 So, to be different, you need your own form of expression and you need to take all those things and build your own interpretation out of that….

Absolutely! But once again, you don’t have to travel round, you can just be open-minded. Like I said, those books that are so amazing and they totally inspire you. When I go to an art gallery, it just blows me away. I never used to go to them, now I do. I go to the National Gallery in London when I get a chance. My favourite is Jan van Eyck’s ‘The Arnolfini Wedding’. It was painted in the 1400’s and I literally go there and say ‘Wow!’ Every time I see it, it blows me away.

That’s just jumping on a train and is so easy to do, to get inspired that way. I think that’s really the key to everything.

Thanks so much. Would you like to finish off with some news about Def Leppard: tour, album, etc.?

Yes. We will have some new Def Leppard music out next year. We’ll be touring this year in the summer; we’re sorting out some dates. It’s still too early to confirm.