David Cronenberg’s Wife: Don’t Wait to be Hunted to Hide

Challenging and chillingly memorable rather than enjoyable; giving a glimpse into the lives of people we either pretend don’t exist or hysterically vilify. It personalises the men who exist in the public eye only as subhuman stereotypes, but are actually all too real.

[dropcap style=”font-size:100px; color:#992211;”]D[/dropcap]avid Cronenberg’s Wife frontman, Tom Mayne, has described the subject matter of their new album, Don’t Wait to be Hunted to Hide as “the nature of evil and the nature of sexuality and masculinity.”

With lyrics telling of sexual violence against women, it’s not an easy listen.  But if you zone out and ignore the lyrics (and sometimes it’s possible as the vocals are low in the mix on several tracks), there is plenty of catchy, jangly indie guitar music reminiscent of the days when indie actually meant independent, and which is at times not dissimilar to The Fall or early The House of Love. 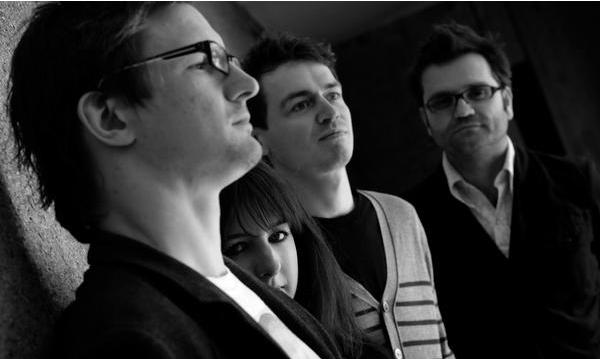 Perhaps this is an intentional reflection of a society that sings along to the X Factor while their daughters are out being date raped by the nicely turned-out boy from next door.

At other times, however, the music reflects the disturbing nature of the subject matter.  On the female-sung, ‘Such a Sweet Boy’, the keyboards mutate from a bouncy waltz to a frightening fairground ride with the spectre of female complicity rising like a spirit from a haunted church organ. You’re uncertain whether she is experiencing genuine love or merely suffering from low self esteem.

That the songs are in the first person makes them particularly uncomfortable listening.  David Cronenberg’s Wife aren’t the first to use this theme – back in the 1990s the insanely intense singer from tragically-underrated Irish band, Whipping Boy sang about the first time he hit his girlfriend.  The fictional tales in Don’t Wait to be Hunted to Hide are even more unnerving though, with explicit, often kitchen-sink type personal details and abusers who attempt to justify their actions. 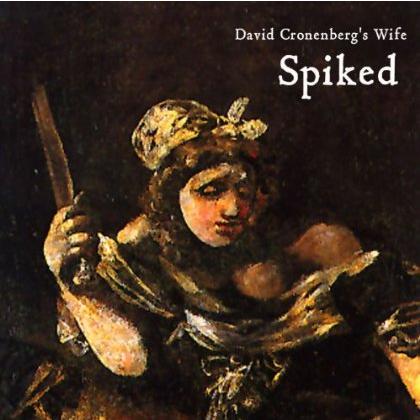 The album has barely started with the hypnotic guitars on ‘Pain Ahead’, when it launches into the bouncy pop of ‘Spiked’, the story of a serial rapist who, after years of rejection, spikes women’s drinks and is torn between self loathing and convincing himself that he’s doing nothing wrong (as they can’t really remember what happened to them).  He asserts, “She’s suffered one night, I’ve suffered my whole fucking life”.

Later we hear from ‘The Pied Piper of Maidenhead’ who hangs around the town centre, feeding cheap alcohol and spliff to teenagers in tracksuits before taking advantage of them down the nearest alleyway or in the park.

Heaven knows what the tabloids would have to say about ‘For Laura Kingsman’, which, like a sexual predator, softly lures you in with a slow violin, a romantic tone and a tale of meeting on the bus.  But this not the tender story of two teenagers experiencing first love, this is the story of a paedophile dating a young girl (we know she can be no more than 14 as he talks of getting her into a certificate 15 film even though she didn’t have fake ID).

He defends his actions on the basis that she probably wasn’t a virgin and that she wanted him too.  This song more than the others almost engenders a degree of sympathy. He talks about being touched that she wrote his name on her pencil case (“the sweetest thing that ever happened to me”) and alludes to her being intelligent beyond her years (she takes her French GCSE early and says her last boyfriend was immature), leaving open the suggestion that he may share her mental capacity and level of maturity, thus being her equal rather than her exploiter.

As he pleads, “There ain’t no love like this,” and, “Don’t say grooming, don’t say abuse, don’t say she was coerced, I was the weak one and she the strong…” one is forced to reflect upon the meaning of effective consent. Is he a pervert, merely a pathetic man who can’t handle adult relationships or is this a legitimate relationship frowned upon by a misunderstanding world? 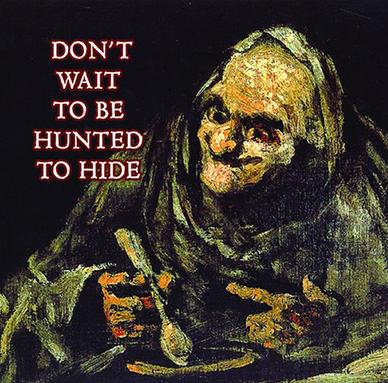 Don’t Wait to be Hunted to Hide is to music what Dead Man’s Shoes and A Way of Life are to film – challenging and chillingly memorable rather than enjoyable; giving a glimpse into the lives of people we either pretend don’t exist or hysterically vilify. It personalises the men who exist in the public eye only as subhuman stereotypes, but are actually all too real.

It’s in no way an endorsement of their actions or views, but an intelligent and timely consideration of the dark side of manhood that invites questions rather than providing answers. These are psychological personal studies though; there is little social or political analysis into the society that spawned them then screwed them up, and therefore no suggested solutions are forthcoming.

[quote]this will upset and unsettle[/quote]

If you found some of the characters in Pulp songs too unsavoury then this will upset and unsettle you.  But that’s all the more reason to turn off so-called reality TV and listen to this album, the most truly controversial I’ve heard all year.

These days there’s barely any shock value in rock ‘n’ roll – it’s all been done before, from biting off a bat’s head to cutting up your arm.  Love songs about paedophiles are one of the last taboos, but this album seems more about provoking debate than merely provoking outrage.

And I’ll buy a pint for the first person to send a copy to the Daily Mail.