My maximum beats per minute is between 200 and 210bpm, anything past that I feel doesn’t carry any feeling. 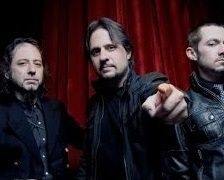 With the ugly but inevitable Slayer and money questions done and dusted, god-tier drummer Dave Lombardo moves on to more naturally rhythmic ground in part two of his Trebuchet interview.

Trebuchet: It must be encouraging to see PHILM doing so well.

Dave Lombardo: The press have been generous with their comments and I’m happy that with PHILM they still feel that raw energy they were captivated by when they heard the first, more thrash, album. I think the reason for that is that we kept the recording as pure as possible.

Although we love to record several takes etc., and while we did go onto the computer, we didn’t change the sounds of the bass drums. We didn’t quantise, so it sounds human, it sounds real. 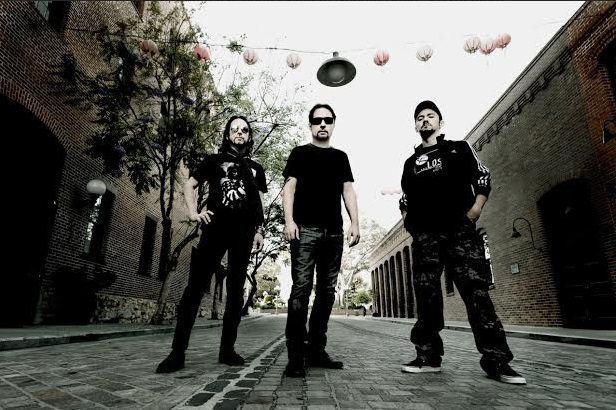 I think that music these days has too much emphasis on computers and software. I’m speaking of up-and-coming musicians and artists, they don’t know what it’s like to record on tape without a metronome so you (the drummer) had to be the backbone of the band to make sure that the beat was on point. So right now everyone’s relying on the software saying ‘Oh we can fix that (with software)’ but not re-doing the song!  You have to capture that live heated element on tape or on your recording, and we did that with this album.

I’m not a fan of quantising drums and we even kept a lot of the leads. There’s magic when you’re recording a band performing together and the guitarist goes off into his solo, that solo is different than when he steps out and comes in another day and records that solo. It doesn’t have that feel. So we’ve kept the original guitar solos that he did when we were tracking the drums. We did that to have that purity. When you keep that human element, that spontaneity, when you’re all in a room together and the sparks are flying and you’re all : ‘Come on, let’s do this!’, it’s really nice to hold on to that magic.

This happened even during my early recordings with Slayer. I wouldn’t use a click track and at the time that was unheard of. All the early Slayer was recorded on tape and without click tracks. There was a bit of argument in the studio with some people saying ‘You’ve speeded up there’ and the engineer said ‘That’s natural, that’s a crescendo’

Yeah Rick and Andy Wallace, they defended me saying ‘Yes it is building excitement and tension’. Classical conductors, that’s what they do, they build momentum and make things a little faster (not too much though).

Yes and I enjoyed it. For instance on the recent Slayer record we started with a click – if the song needed, say, 140 beats per minute (bpm) and instinctively I would speed it up because of the excitement of the song. But they’d say ‘Let’s keep it at 140’, so what they’d do is start me off with the click for the first four to eight bars of music and then they’d turn the click off so that I’d continue on my own tempo. I would create the peaks and valleys of the song, bringing my own dimension, but sometimes they’d start me off that way.[quote]My maximum beats per minute is

anything past that I feel doesn’t

On some Grip Inc. I’ve done it, and that was just for editing purposes to connect two parts of a song. It’s not a bad thing, sometimes it can be a lot of fun to play along with the click.  In the right song that has a continuous groove that doesn’t change or fluctuate, I guess mostly in mid-range songs, but then the drummer has to be able to not sound like they’re following it. It has to be very fluid. So I’ll flow around that click where sometimes I’m on top of it and then other times I’ll just lay back a little bit. That gives me parameters or guidelines to work with.

You’ve been influential to a lot of drummers, how do you take that?

It seems like something unbelievable to me that I’ve done something like that. I do these workshops and I get to meet the fans and chat with them for a few seconds. And they express what I’ve done for them in their musical career or whatever and it’s hard to believe. It really hits me. I just keep doing what I love to do and I just approach it with the same passion that I do today, that’s the least I can do for the drumming community: to keep documenting and recording my drumming.

Do you think you could play any faster?

My maximum beats per minute is between 200 and 210bpm, anything past that I feel doesn’t carry any feeling. It becomes…well it just doesn’t sit right. It’s like how fast do you really need to go.?What’s the point? Does the song really need that?  I don’t know, I try and keep it right there around 200-210. I think that that’s humanly possible. Anything more than that has be helped by either triggers or drum machines. I’d  have to see it played live to believe it.

Will we ever see Dave Lombardo in a Jazz combo?

Of course! In a trio or quartet, but it wouldn’t be in a traditional jazz setting. I mean I have a band together with John Zorn and Bill Laswell called BladeRunner, but that’s avant-garde improvisation. I do feel that one day there will be a Jazz trio or quartet. I was thinking of putting something together with the members of PHILM because they’re so talented, I’ve suggested that we should write and record some Jazz music and play it out as a whole other band. Maybe name it Philm Noir or something!

It’s in our mind, we just haven’t chosen the jazz standard yet. When/if we do, we’d  recreate them our way and then add on our own compositions using 7A (jazz gauge for drum sticks), which are like chopsticks, on a small four-piece kit.

Well the world has been waiting for you to show us your brush work.

You know what… that’s not my forte (laughs). The one thing! Youch. I would have to take some lessons to master that shit.

You ever tried it?

Oh yeah. Several times. Actually I had to use brushes on a Fantomas record and I was like ‘Damn! This is really difficult’. There are some amazing drummers that can really play brushes. But that’s a whole different animal.

I wonder then where else is there for you to go with drumming. You’ve covered a lot of bases, from avant-garde, to metal etc. Are you the sort of musician that is looking for other horizons?

I always look and listen for new styles and new avenues for myself to express myself through.

There is so much out there and so much new music to discover and I’m discovering it everyday. It keeps me excited. whether it’s drum rhythms from West Africa, to Samba rhythms, to Caribbean rhythms, to South America to Middle Eastern and Persian. It’s everywhere. There could be a truck rolling down the highway and you could be next to it and it’s got this sound ‘ba-bump ba-bump ba-bump ba’. I even get rhythms from the beats from our industrial world, and it’ll stick with me until I find some creative way to adapt it. There’s so much in this world that I don’t think I’ll ever run out of ideas.

It keeps me thinking. If I’m in the kitchen and say a spatula or something falls, and it falls a certain way, it creates a two or three hit rhythm and whatever else is going on in that moment I’ll apply it. I’ll be like : ‘Whoa where did that come from?’ It’s a (heightened) sense for me.

It  must be odd to see the world that way.

You know when you’re listening to a song on the radio and need to change lanes? My turn signal comes on… on beat. I have to wait to the beginning of the verse before I change lanes. It happens.

Any updates on Slayer, have you and Kerry made peace?

Ah…. No. I’ve said it before. I don’t think that’ll ever happen again. It’s all good. I’ve obviously moved on and they have, and it is what it is. We stay positive and move forward, not a step back even to gain momentum.  That’s been my philosophy for god knows how many years. Always forward. ALWAYS forward.

Read on: Part One

Previous Story:
I Am Glacier, Hear Me Sing