Is It OK if I Take A Quick Shot? The Trials of Curation

Art, controversy, exhibition. In introduction to the curator’s metier

[dropcap style=”font-size:100px; color:#992211;”]S[/dropcap]moothing the interface between artist and public, constructing it even, demands a skillset beyond applying white emulsion to gallery walls.

Yet the latter is the most common perception of the curator’s lot. Art curation is an ill-defined metier even among its proponents, hovering as it does somewhere in the metaphorical spaces between archivist, talent scout, aesthetic visionary, removals operative and public relations officer. We could add another five job descriptions to the list and still be no closer to defining the role or the challenges therein. A certain dexterity with plywood and an ability to paint walls white should neither be overlooked simply because it fits a stereotype.

Stasis or concrete definition then, are not included. Perhaps that can be the starting point. Whether or not the curator is adept at restoration; verges into the territory of the collector; is an expert in cajoling sponsorship from skeptical donors or shares a collaborative and long-term journey of development with a single artist (or venue), the only constant is that the mix is rarely duplicated.

Trebuchet’s survey of art curators asked, over the course of almost five years, the same questions of its

subjects. The technique sought to be deliberately egalitarian and inclusive, allowing for an expression of values by the curators of institutions ranging from Vyner Street popups to some of the art world’s best-appointed galleries. Besides that, the opportunity to respond to openly leading questions such as ‘Do you think controversy is a positive force in art or a conceptual red herring?’ allowed for a range of views, often a degree less predictable than one might have expected from the interviewee.

What does give cause for celebration, is the diversity revealed by respondents to the survey. In an economic and political climate which appears to be increasingly middle aged, male and pale, the (albeit niche) profession of curation bucks the regressive tendencies of the current Western mood. As Elanor Olisa (above) of DegreeArt voices it: ‘Women do actually dominate the middle market of the art world (a visit to any art fair large or small, where stands are overwhelmingly manned by women gallery owners, will serve to prove this point) and are very present in the upper echelons of their trade….’

As interlocutor between art and viewer, the curator faces certain challenges – tasked with whetting the appetite and preparing the subject to receive the transmitted emotional, technical, allegorical, mythic, symbolic or figurative blow envisioned by the artist.

Often, the most palpable ‘blow’ is the one created not by the artist(s) represented, but by the experience effected by the curator. It happens more often than is credited. Who or what, then, does the curator serve? The artist, the viewer, the exhibition, the patrimony, the public? There are surely acceptable limits to the extent a curator may represent the oeuvre of an artist before the creativity of curator impinges upon the reception of the artwork. Another variable, another ‘depends on the situation’.

What happens though, when the viewer already brings along a set of preconceptions? When the artist is a household name? There is always something for the public to learn. As Barnaby Wright (pictured, below), curating a Picasso exhibition at London’s Courtauld Gallery put it in his 2013 interview with Trebuchet:

‘I am not convinced that the 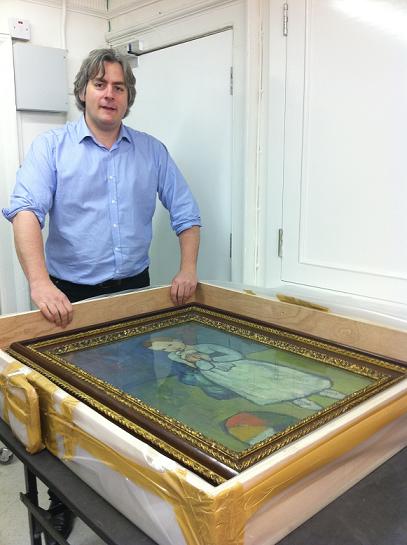 importance of Picasso’s 1901 work is fully appreciated and understood so I think visitors will find much to discover in the exhibition about the young Picasso.’

And what of the difficulties? For struggling newcomers losing sleep over how to drag together the myriad loose ends involved with mounting an exhibition, the resources of the Courtauld can only seem unimaginably deep. Yet curators there also have their patience and diplomacy stretched on occasion. Wright again, on curating Picasso:

‘It puts particular pressure on securing loans as major Picassos are much in demand and difficult to borrow’.

Not all curators work with such expectation-loaded content though. And if not, at what point does the action of organising artwork for viewing become compilation rather than curation? Without the steerage of a thematic vision, to what extent is the collection and exhibition of artworks merely an exercise in administration, packaged and branded with the identity of the exhibiting entity rather than that of the artist(s)? We do well not to confuse the role of art with that of product, offered on an algorithmic premise along the lines of ‘if you liked that, you’ll like this’. As independent curator Ruth Garde deftly stated in her 2013 interview: ‘the best curators should be able to facilitate our engagement with artists, not obscure it.’

The distinction is a crucial one. Gehry’s Guggenheim for one, is frequently more imposing than the works displayed therein, and for the curator, the balance between exhibit and exhibited can be precarious. It can hardly be blamed upon the curator that in the digital age the demands of the attention economy have created situations such as art fairs and international biennials in which a degree of spectacle is deemed not only appropriate, but essential to the success of the remit. When the artistic patrimony and potential of entire nations is to be packaged, presented and set in a competitive arena to vie for the attentions of collectors and critics, it is little wonder that certain trappings of the marketing industry infect the scene. Woodrow 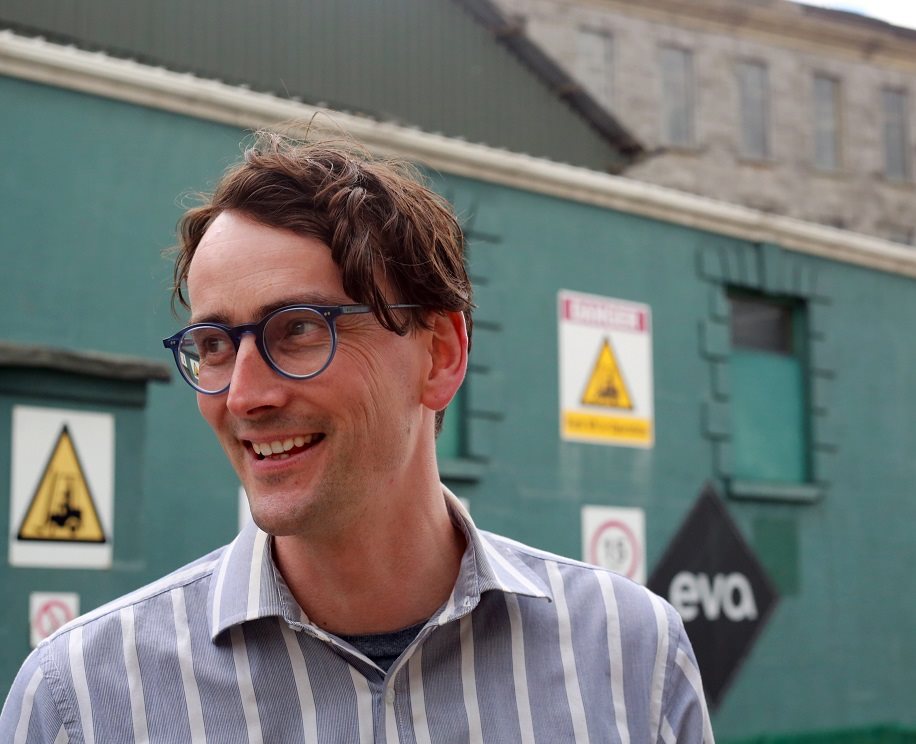 Kernohan (right) on curating Ireland’s entry to the 2015  Venice Bienalle: ‘I… sometimes find myself dismayed by art, and this mostly involves the strange mix of celebrity and the art market.’

Celebrity, controversy, corporate identity. Are they pitfalls, distractions or tools which a curator may choose to wield? It should never be forgotten that flirtation and collaboration with the industries of music, fashion, advertising, film and marketing are far from being deemed taboo by artists of either the present or the past. The creativity of the curator and the attendant proprieties of the role may be fodder for the spleen of critics indefinitely, but without it, things would certainly be a lot less interesting.