Ahh, Christian Rock. Who can ever forget Stryper? Actually, who can remember Stryper?

Anyhow, it's not all B-Flo and drippy whining from the likes of Ben Harper these days, daddio. Open minds everyone, check out the lyrics and click the streaming link. Could be just what your soul needed.

A man darkened our doorway. He said he’s here to share the good news. He had a smile straight from the movies.
But when I looked down at his shoes. There were holes and they showed his toes.
The right was left. The black was brown. And later on in the garage I couldn’t find my chainsaw. In the distance I heard trees just falling down.

I was underneath the city. I was riding around on trains. Fell asleep before Nassau Ave. And I ended up in Maine.
There were big tall trees and rocky coastline. And the waves came in so wild.
But for all the natural beauty there were still so many kids that were asking me for something that could help them to get high.

We’re all good. We’re all bad. We’re euphoric and we’re sad. We roll the rock away and check the tomb.
We’re awake and we’re aware that we’re confused and cold and scared. And the cross reminds us that He died for me and you.
Woke up in the ocean with the Honolulu Blues.

Joan Didion and Graham Greene. Said roughly the same thing.
You bring your Jesus to the jungle. Try to teach people to sing
All the hymns that you love because you learned them as a kid and they make perfect sense to you. T
here’s a point in time when thousands die. And you’ve got to maybe think that maybe Jesus isn’t getting through.

We’re freezing in the forest. There’s no wood to heat the house. We took axes to the furniture. We pulled the floorboards out.
There’s animals scratching at the door. And they know we’re gonna die.
There were big tall trees and rocky coastline. And the waves came in so wild.

We’re all wild. We’re all free. We’re all back from Tennessee. With the souvenirs to prove that we were there.
We’re flying around in planes. We’re riding around in trains. Searching out those panoramic views.
Woke up in the ocean with the Honolulu Blues.

We’re all good. We’re all bad. We’re euphoric and we’re sad. We roll the rock away and check the tomb.
We’re awake and we’re alarmed at the scars scratched in your arm.
The cross reminds us that He died for me and you.
Woke up in Oahu with the Honolulu Blues. 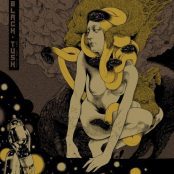