Art can provide a mirror to people’s lives: Company Chameleon

Dance tends to find a way, regardless of setting.

Comforting as it may be, there is no real need to invoke the Billy Elliot myth of northern lad shucking off the grim strictures of working class social mores in order to burst, chrysalis-fashion, onto the boards of a more liberal London. Forget all that. The north has been a powerhouse of artistic and cultural talent for centuries, as much because of as despite the charms of the capital. Chethams, Leeds, LIPA, Loach. The list could go on indefinitely. Into it, we add Company Chameleon.

Based in the city of Manchester, Company Chameleon is one of the UK’s homegrown dance companies. Creating inspiring and original dance theatre productions, they perform over 50 shows a year and tour across the UK and the world.

What’s the big idea behind your company and what you aim to do?

The big idea behind Company Chameleon is to make relevant, touching and engaging dance theatre. We aim to make work that allows and invites an audience to experience and question the concepts explored through dance and movement.

Yes they do, I think that we have always told each other stories as a way to understand ourselves and the world around us. 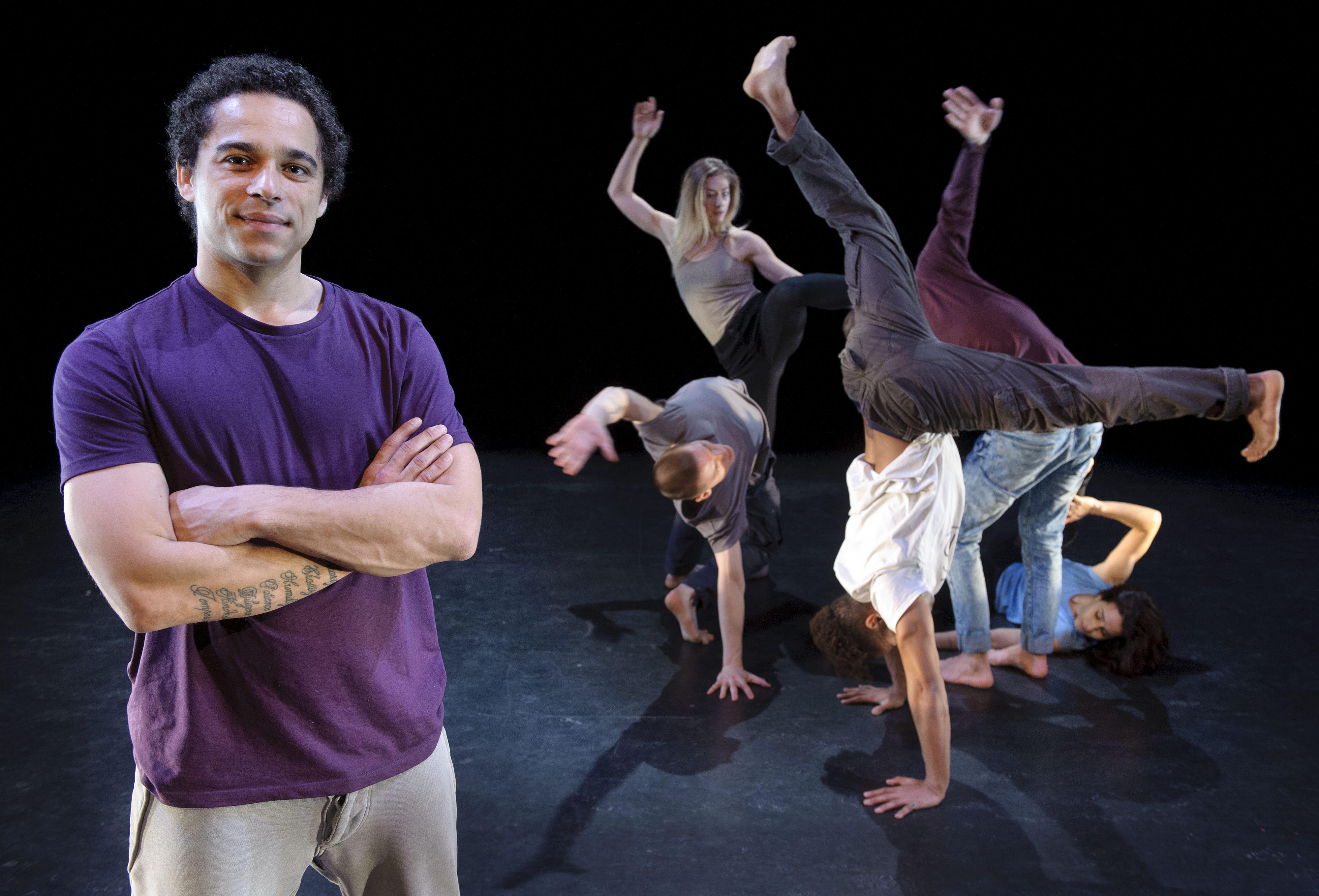 This is a very interesting question. No I don’t think so, if the work is engaging and absorbing you will always take the audience on a journey allowing them to forget that they are being performed to, even if you break the fourth wall. For me that is the skill of a performer, being able to take a viewer through an experience. The difference between indoor and outdoor work is that outdoors the performers and makers have to create the performance space as well as this experience.

I believe that movement and feeling is a universal language that can transcend verbal communication and cultural or personal identity. I think that the work we make and aspire to make offers something that can be accessed by all irrespective of their personal experience or identity.
In addition there is a deeper connection with the audience in street performances. When we work outdoors there’s
Read more in Issue 3 of Trebuchet magazine, available here.