I couldn’t say much for the bar but the bathroom was very accommodating.

I tried to get my friends to go for months. No one wanted to make the twenty minute train ride from Jersey. And I understood why – every time we took the train somebody ended up with PTSD. Like the time this homeless guy died next to my friend Tom. One night a lady dropped her suitcase and two live chickens broke out. One of them landed on my friend and bit him. I think it was Tom again. 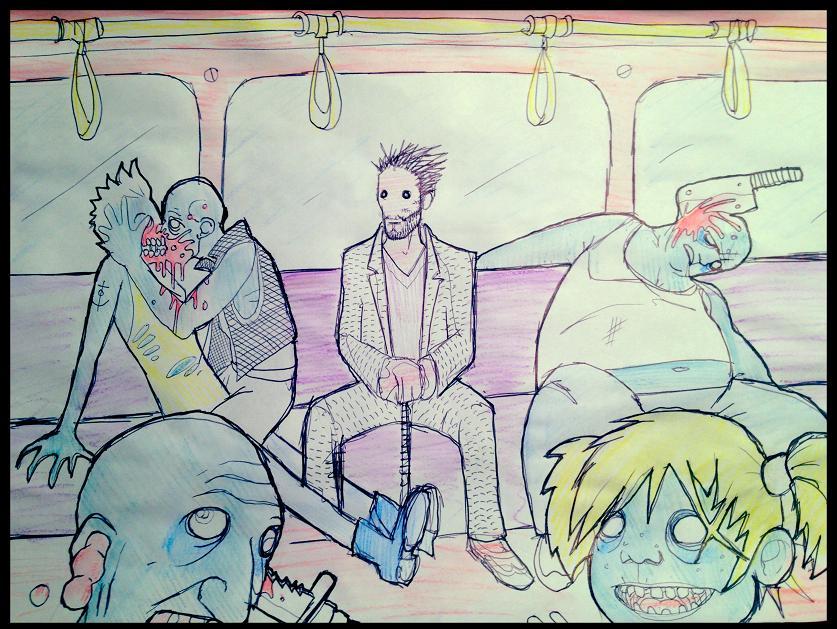 A few weeks ago HBO put the entire second season of Boardwalk Empire On Demand. Suddenly, smoking cigarettes in a 1920s speakeasy was the only thing my friends wanted to do.

I got a call one night. It was Joey.

“Put on something nice, we’re going to Circa Tabac.”
“I can’t go tonight.”
“Yes you can.”
“I heard Yeezus is getting leaked tonight.”
“So?”
“I wanted to drink Yerba and stream it at least twice.”
“Do you want to drive?”
“No.”
“If I drive we’re stopping in Hoboken to pre-game.”
“I’ll drive.”

I’d based my whole day around Yeezus. All the music blogs promised it was hitting Pirate Bay that night. I couldn’t argue with Joey though, because I needed to go to the city anyway. I had just been hired by a mustard company and I was already three days late picking up seventy boxes of mustard from an apartment on Broad Street.

I got the job by submitting a headshot and lying about living in New York.

I was supposed to meet with a contact on Broad St. named Tracey. Outside the Holland Tunnel I took the exit downtown. Circa Tabac is on Watts Street, about fifty feet from the tunnel. I texted Tracey and told her I’d be there in five minutes.

“Where are we going?” Joey asked.
“I’ve got to make a quick stop downtown.”

He pointed in the direction of Watts.

“Drop us off first.”

I explained the situation. I didn’t want to lift seventy boxes of mustard on my own. The GPS lost service once we got into the narrow avenues around Wall Street. I circled a three-block radius for ten minutes. My friends were getting hostile.

“What kind of people are you working for?” and
“So much for all your Occupy bullshit.”

Tracey finally texted me back.

“Pull up to the guard tower and give them your name.”

Looking north on Broad, the street was blocked by a metal gate. A big fascist STOP sign made us question our arrival.

I knocked on a door on the

a crack and I heard a girl

“Are you here for the

Newark. I parked my car on the street in front of the gallery. I had one beer and went back to my car for my cigarettes. My driver’s side window had been smashed in the five minutes I was away. Some of us taped a bag over the window. After all the beer ran out I went back to my car. A crusty man about seven feet tall had three of my hubcaps under his arm. He was working on the fourth.

“Hey,” I yelled. He stood up with the three hubcaps and started running. I chased him for a block but then I realized it was 3 a.m. and I was in Newark.

“That’s just the Newark tax,” they told me at the gallery.
As my car rolled up to the STOP sign it started getting attention.

“They’re going to shoot us,” Joey said. “This car looks like it was dragged out of a lake.”

A cop with a clipboard stood outside my broken window. He asked me to lower the plastic bag.

I opened the door to explain the situation. A black Labrador jumped into the car at me. Its fur was standing straight up. Its teeth were so white they looked like tusks. The cop seemed pretty happy about this.
The dog pinned me against the seat. The cop started asking me questions.

The dog had its teeth about an inch from my throat. I was trying to avoid eye contact but also trying to push my shoulder against my neck so the dog couldn’t kill me.

“Alright,” the cop said. He wrote more information than I gave him onto the clipboard. “Alright.”

He pointed to another guard tower.

“Should I move the dog?” I asked.
“If you want to get arrested for assaulting a police officer.”

“That’s the attitude,” the cop said.

He pulled the dog off and slammed my door shut.
I drove up to the guard tower. They made me get out and repeat my story. Another dog sniffed my car. I popped my trunk. I opened my gas tank. This dog wagged as it ran by. Joey reached down to pet it.

“DO NOT TOUCH THAT OFFICER,” the cop said. “Get back in your car.”

They opened the gate and let us through. I parked in front of Tracey’s building. It was attached to the New York Stock Exchange. I’d been arrested trying to throw rocks at this building a year before.

“This chick must be a babe if she lives here,” Joey said.

I made them wait outside while I went inside. I needed another two forms of ID to get upstairs.

I knocked on a door on the top floor. The door opened a crack and I heard a girl crying.

“Are you here for the mustard?” she asked.

I said “yes.” The door opened. I was looking at a beautiful blonde, taller than me. Even without heels she was taller than me. Her eyes were practically closed. Mascara smeared across her face.

I walked in. Boxes of mustard stacked ten high in her kitchen. The floor was covered with shattered ceramic. Some intact plates were on the floor in the hallway. I passed a towel with bloodstains.

The apartment had all the makings of a serial killer.

She ran to the couch and threw herself on it and started punching the cushions. She was facedown and started screaming.

“That’s the way it goes,” I said. “The people who want it never get it.”
“He said he’s never coming back!”
“Well let him go then. What do you need a man for with a place like this?”
“Wait until he realizes he doesn’t have these! He’ll be back.”

She held up an orange pill case.

“What are those?” I asked.
“His last two Oxycontins.”

She made a face like she had won. She ate one of the pills. She handed the other one to me.

“I don’t think so. All my friends are dead or in jail because of this shit.”
“TAKE IT!” She screamed.

I couldn’t imagine how she’d lost her man. I was scared now. I took the pill.

“Let me know when you’re done with the mustard,” she said. “I’m taking a shower.”

We fit about 30 boxes of mustard into my car and left the rest on the sidewalk. I didn’t say goodbye to Tracey. We drove to Circa Tabac with the back of my car dragging on the street.

“It’s about time,” Joey kept saying.
“I’m so annoyed,” I said. “All I wanted to do tonight was listen to Yeezus.”

We walked into Circa Tabac. I felt like a successful writer from another era. Bottles of whiskey glittered under the dim lights. Rich men in suspenders smoked long cigars. We’d risen a class level. We sat at the furthest table.

A pretty girl, maybe Syrian, came over to take our drink order.

“Bud light,” both of my friends said.
“We don’t have Bud light”. She curled her lip. She knew we were from the wrong tax bracket.

Joey and I ordered whiskey. Our other friend asked for a Guinness.

“I’ll see if, like, they can find one behind the bar.” She said.

She came back with two whiskeys and an Amstel.
Joey held his drink up.

We put out drinks together in “cheers.”
Waves of nausea ran through my body. I put my drink down. My friends lit cigarettes. I began to sweat. All the noise in the room lowered to a dull hum.

“What’s wrong with you?” My friend asked.

I got up, tripped over the table.

I couldn’t get my legs to lift in unison. I made to the bathroom like I was half- paralyzed. I locked the door. Looked at the toilet. I puked. I sweat more. I tried to smoke a cigarette. I guess I passed out because I woke up to a knock at the door with an unlit cigarette in my mouth. I opened the door.

Joey looked down at me. The bathroom was small but I was laying with my back on the floor and my legs straight up the wall. A 90- degree angle. I lit my cigarette.

Joey drove us back to Jersey. I woke up at some point and saw we were parked in front of a bar in Hoboken. I puked again but probably because we were in Hoboken. I woke up again at my house. I went inside and pulled the dog’s bed into my room.

I found a leaked version of Yeezus on YouTube. My dog and I lay in her bed and listened to the record twice.

I woke up the next morning. Carried some mustard into my house. Googled “how long does it take to get addicted to oxycontins” and gave Yeezus another round. It still sounded pretty good but not as good now that I was sober. I guess if it did, there’d be no reason to take drugs.

I thought about what Nick Tosches might say about my night. I couldn’t say much for the bar but the bathroom was very accommodating. I drank my coffee and thought about getting the mustard inside before it baked in my car. Instead, I lay in the dog bed and listened to Yeezus again.

It was better that time.

Illustrations by Dan Booth not to be reproduced without his express prior permission.
Previously published on medium. 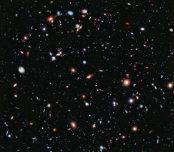 Next Story:
Will We Cope With Martian Flu?