Public health officials in New York City have launched a successful program to locate HIV -positive patients and reconnect them with treatment service. 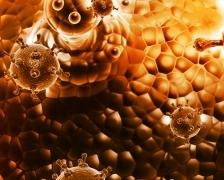 Not something it’s good to forget.

Public health officials in New York City have launched a successful program to locate HIV-positive patients who have been “lost to follow-up” and reconnect them with treatment services, reports a study published in AIDS, official journal of the International AIDS Society. AIDS is published by Lippincott Williams & Wilkins, a part of Wolters Kluwer Health.

Efforts to restart antiretroviral therapy are especially important with the current emphasis on “treatment-as-prevention” for HIV, according to the study by Chi-Chi N. Udeagu, MPH, and colleagues of the New York City Department of Health and Mental Hygiene. The article is available on the AIDS journal homepage and in the June 12 print edition.

The program used the NYC HIV surveillance registry to identify patients who had previously tested positive for HIV but did not have current information on routine laboratory test results. Public health case workers made intensive efforts—including phone calls, mail, home visits, and Internet searches— to contact this group of “lost to follow-up” patients.

Once located, patients were offered help in re-engaging with treatment services and restarting HIV care. They were also targeted for efforts to identify sexual partners who might be at risk of HIV.

Case workers were able to locate 689 out of 797 patients presumed lost to follow-up. After being contacted, 33 percent of patients were found to be up-to-date with HIV treatment — their most recent lab results were not yet reported in the database, or they were seen by HIV medical providers not required to report lab results to the health department, such as Veterans hospitals and HIV clinical trial units. Five percent of located patients had moved or were incarcerated, while two percent had died.

This left 409 patients who were successfully located and verified as not being up-to-date with HIV care. Once located, 77 percent of these patients accepted an appointment at an HIV clinic and 57 percent returned to treatment.

…Leads Most to Re-Engage with Treatment Services

When patients were asked why they stopped attending HIV care, about 40 percent said they felt well and didn’t think they needed treatment. Other reasons included day-to-day responsibilities, not trusting health care workers, side effects of HIV medicines, feeling depressed, being uninsured, and not wanting to think about being HIV-positive.

Recent years have seen a growing emphasis on “treatment-as-prevention” of HIV — giving antiretroviral medications to lower the viral load, which significantly reduces the risk of transmitting the infection. Most studies of this approach have focused on patients newly diagnosed with HIV. But it’s just as important to focus efforts on patients with previously diagnosed HIV who are “un-engaged or under-engaged” in HIV medical care.

The public health effort reported in the study would not have been possible without the NYC HIV surveillance registry, which was used to identify patients “”lost to follow-up”, and monitor their outcomes following re-engagement efforts. The fact that one-third of located patients actually were current with care probably reflects lag times in reporting lab test results to the registry.

Based on their results, Udeagu and coauthors conclude, “HIV surveillance data can and should be used by health departments to identify and locate people living with HIV who are lost to follow-up, and public health case-workers should investigate such cases with the goal of re-engaging such [patients] in medical care for HIV.” They add, “Although challenges abound, such efforts are essential to any comprehensive effort to control the HIV epidemic.”

AIDS publishes the very latest ground-breaking research on HIV and AIDS. Read by all the top clinicians and researchers, AIDS has the highest impact of all AIDS-related journals. With 18 issues per year, AIDS guarantees the authoritative presentation of even more significant advances. The Editors, themselves noted international experts who know the demands of HIV/AIDS research, are committed to making AIDS the most distinguished and innovative journal in the field. Website 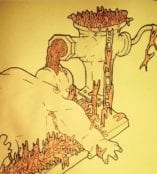