No Breaks for Hip-Hop Students

Time to fight the power. Black and Latino “hip-hop” students are disproportionately punished in urban schools. 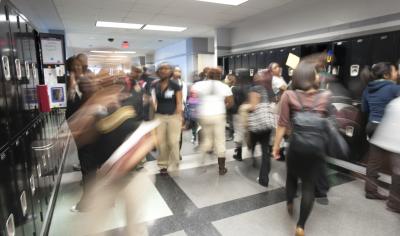 Essentially, it’s the plot of every episode of the Fresh Prince ever.

Black and Latino “hip-hop” students are disproportionately punished in urban schools, finds a two-year study that sheds light on some of the unfair disciplinary practices newly targeted by the Obama administration.

Muhammad Khalifa, a Michigan State University assistant professor of education, found that students who identified with hip-hop culture were often removed from school because of their cultural behaviors and dress. His paper is published in the research journal Multicultural Learning and Teaching.

“In our investigations, we have found cases where African-American students were disciplined more harshly and more frequently because of their race than similarly situated white students,” the Justice and Education departments said in a letter to school districts. “In short, racial discrimination in school discipline is a real

While Khalifa’s study illustrated discrimination among minority hip-hop students, it also found a bright spot. One urban school principal allowed hip-hop students to exhibit their identities, while at the same modifying what he viewed as negative behaviors.

“We now know that it is possible for students to achieve great success, academic or otherwise, all the while keeping their hip-hop identities intact,” Khalifa said.