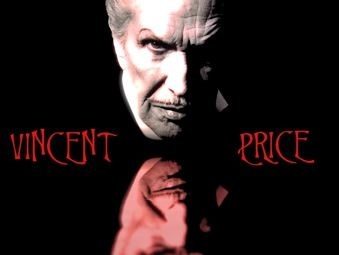 Returning with re-recordings of 10 classics from the 80s, and armed with legendary metal producer, guitarist Andy Sneap replacing Halliday on guitar, and David Bower on vocals, HELL’s legacy becomes reborn at CATTON HALL this summer.

Over on the SOPHIE stage, newcomers DRIPBACK will bring their noisy mayhem to the tented arena. Featuring members of BLOODSTOCK alumni TED MAUL and underground heroes LABRAT, DRIPBACK play a fierce blend of hardcore, death and thrash metal inspired by the metal and hardcore of the mid-90s. Sounding like an angry Entombed fighting a tooled up Biohazard, this London mob were recently seen supporting Soilent Green on their tour of the UK, and have their debut release out on Siege Of Amida records next month.

With the line-up nearly complete, and just a couple of months to go, it’s time to start planning your costume for BLOODSTOCK OPEN AIR 2011’s fancy dress theme night. The Friday is always a fun night, and with what would have been Hammer Horror legend VINCENT PRICE’s 100th Birthday coming this Friday, we thought what better way to pay tribute to the gruesome guru than a Hammer Horror theme this year.

We’re asking fans to come as their favourite morbid monsters, with prizes on offer for the most impressive costumes that manage to send chills down the spines of spectators despite the summer sun. From DRACULA and his brides to FRANKENSTEIN’s Monster, WEREWOLVES and all manner of creepy creatures, there are piles of possibilities, including some perfectly practical ones like the MUMMY or INVISIBLE MAN, which solves the problem of the late night hunt for bog-roll on the campsite.

BLOODSTOCK has long been championed for it’s Metal Karaoke – frankly the most metal fun you can have anywhere – and this year we aim to make it extra special by hosting the MONSTER MOSH. Whether it be DRACULA doing DIO, FRANKENSTEIN fronting FINNTROLL or a WEREWOLF wailing along to WOLF, a special grand prize is on offer for the most horrifically impressive karaoke performance.

Tickets for the 2011 event are on sale now at www.bloodstock.uk.com

BAND LINE UP SO FAR:

Plus loads more bands still to be announced