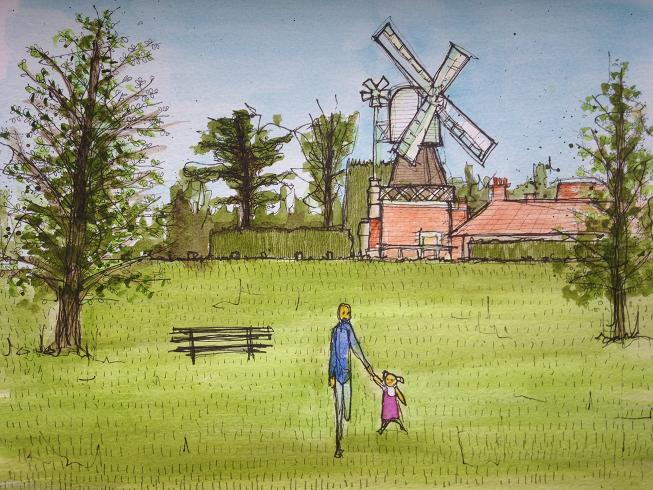 Inching our way towards better biofuels, using every trick in the biologist’s book.

That said, until there’s a car that you can fuel up with mulched leaves and grass clippings, we’re putting our investment capital into donkey saddles. Yee hah!

Plant geneticists including Sam Hazen at the University of Massachusetts Amherst and Siobhan Brady at the University of California, Davis, have sorted out the gene regulatory networks that control cell wall thickening by the synthesis of the three polymers, cellulose, hemicellulose and lignin.

The authors say that the most rigid of the polymers, lignin, represents “a major impediment” to extracting sugars from plant biomass that can be used to make biofuels. Their genetic advance is expected to “serve as a foundation for understanding the regulation of a complex, integral plant component” and as a map for how future researchers might manipulate the polymer-forming processes to improve the efficiency of biofuel production.

An invited commentary in the journal on the significance of this discovery points out that “understanding how the relative proportions of these biopolymers are controlled in plant tissue would open up opportunities to redesign plants for biofuel use.” Hazen, Brady and colleagues’ study identified hundreds of new regulators and offers “considerable insight,” the authors say, “into the developmental regulation of xylem cell differentiation.”

Specifically, using a systems approach to identify protein-DNA interactions, they screened more than 460 transcription factors expressed in root xylem to explore their ability to bind the promoters of about 50 genes known to be involved in processes that produce cell-wall components. Hazen says, “This revealed a highly interconnected network of more than 240 genes and more than 600 protein-DNA interactions that we had not known about before.”

In other words, rather than a series of on-off switches that leads to an ultimate action like making cellulose, most of the proteins including regulators of cell cycle and differentiation bind directly to cellulose genes and to other transcription regulators. This gives plants a huge number of possible combinations for responding and adapting to environmental stress such as salt or drought, the authors point out.

While this study could identify interactive nodes, the techniques used were not able to let the authors determine exactly what types of feed forward loops are present in the xylem regulatory network. However, the work offers a framework for future research that should allow researchers to identify ways to manipulate this network and engineer energy crops for biofuel production.

Source: University of Massachusetts at Amherst
Illustration by Dan Booth not to be reproduced without his express prior permission