Investigating the effectiveness of cannabis for treating pain, spasticity, and a host of other medical problems 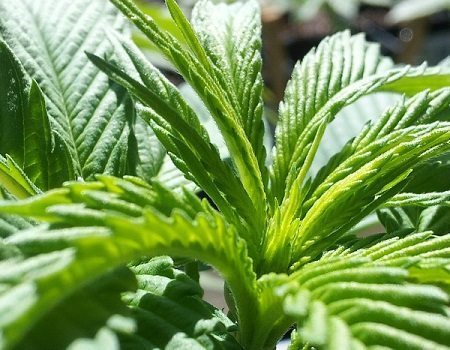 [dropcap style=”font-size:100px; color:#992211;”]B[/dropcap]lame Nixon, blame Anslinger, but the pharmaceutical industry has long lagged behind the general populace when it comes to the therapeutic applications of cannabis.

Finally, it releases some official conclusions.

Expect another spike in sales of Dark Side of the Moon.

While debate about recreational marijuana use continues, researchers are investigating the effectiveness of cannabis for treating pain, spasticity, and a host of other medical problems. In a symposium organized by the McGill University Health Centre (MUHC) as part of the 2015 American Association for the Advancement of Science Annual Meeting held this week in San Jose, California, world-renowned experts from North America and the U.K. share their perspectives on the therapeutic potential of medical cannabis and explore the emerging science behind it.

“We need to advance our understanding of the role of cannabinoids in health and disease through research and education for patients, physicians and policy-makers,” says Dr. Mark Ware, director of clinical research at the Alan Edwards Pain Management Unit at the MUHC, in Canada.

As a pain specialist Dr. Ware regularly sees patients with severe chronic pain at his clinic in Montreal, and for some of them, marijuana appears to be a credible option. “I don’t think that every physician should prescribe medical cannabis, or that every patient can benefit but it’s time to enhance our scientific knowledge base and have informed discussions with patients.”

Increasing numbers of jurisdictions worldwide are allowing access to herbal cannabis, and a range of policy initiatives are emerging to regulate its production, distribution, and authorization. It is widely believed that there is little evidence to support the consideration of cannabis as a therapeutic agent. However, several medicines based on tetrahydrocannabinol (THC), the psychoactive ingredient of cannabis, have been approved as pharmaceutical drugs.

Leading British cannabis researcher Professor Roger Pertwee, who co-discovered the presence of tetrahydrocannabivarin (THCV) in cannabis in the 70’s, recently published with collaborators some findings of potential therapeutic relevance in the British Journal of Pharmacology. “We observed that THCV, the non-psychoactive

component of cannabis, produces anti-schizophrenic effects in a preclinical model of schizophrenia,” says Pertwee, professor of Neuropharmacology at Aberdeen University. “This finding has revealed a new potential therapeutic use for this compound.”

Neuropsychiatrist and Director of the Center for Medicinal Cannabis Research (CMCR) at the University of California, San Diego Dr. Igor Grant is interested in the short and long-term neuropsychiatric effects of marijuana use. The CMCR has overseen some of the most extensive research on the therapeutic effects of medical marijuana in the U.S. “Despite a commonly held view that cannabis use results in brain damage, meta analyses of extensive neurocognitive studies fail to demonstrate meaningful cognitive declines among recreational users,” says Dr. Grant. “Brain imaging has produced variable results, with the best designed studies showing null findings.”

Dr. Grant adds that while it is plausible to hypothesize that cannabis exposure in children and adolescents could impair brain development or predispose to mental illness, data from properly designed prospective studies is lacking.

Previous Story:
On the trail of the Nephilim…. Toundra’s battle for the hearts and minds of Madrid via Hackney