Ben Caplan would help me get over these prejudices, or at least not think about them too much. Partly because he has a beard you could catch a badger in, but most importantly, because he’s amazing.

I am also highly suspicious of lone singer-songwriters with acoustic guitars.  There’s the chance of greatness, but an even greater chance that you’re just going to be whined at by a pretentious twat.  Or someone trying to convince you that they’re the spiritual heir of Woody Guthrie because they wear second-hand trousers.

Fortunately, despite the fact that he’s playing an acoustic guitar at the O2 Islington Academy and has a mildly pretentious debut album title (In the Time of the Great Remembering), I was fairly confident that Ben Caplan would help me get over these prejudices, or at least not think about them too much.  Partly because he has a beard you could catch a badger in, but most importantly, because he’s amazing.

[quote]a beard you could catch a badger in[/quote]

On arrival, the portents were not great.  The support act, Sam Sallon, was being watched by about 15 people and looked like the typically wet and whimsical creature I would normally pay to avoid.  This was not helped by his a tendency to whistle in his songs, or the fact that one of his choruses contained the repeated line “Freedom of speech, I believe in it”.  Which is an admirable sentiment, but an atrocious lyric.

But, to be fair, he’s so incredibly sweet it is almost impossible not to like him, and a lot of his stuff is pretty good, in an inoffensive sort of way.  The highlight is a beautiful cover of Paul Simon’s ‘Cathy’s Song’, and by the time he’s finished the crowd has at least started to fill out a little, and warm up from the cold outside.

And from the moment that Ben Caplan walks on stage, the evening is transformed.   The beard is even more impressive in the flesh, like the mating plumage of some nicotine-stained bird of paradise, and he’s got an easy and charming stage presence, bantering with the crowd in a way that doesn’t seem forced, or unnatural.  He starts with Southbound, the first track from his album, and as soon as he opens his mouth, you know that the recording, good as it is, doesn’t do him justice. 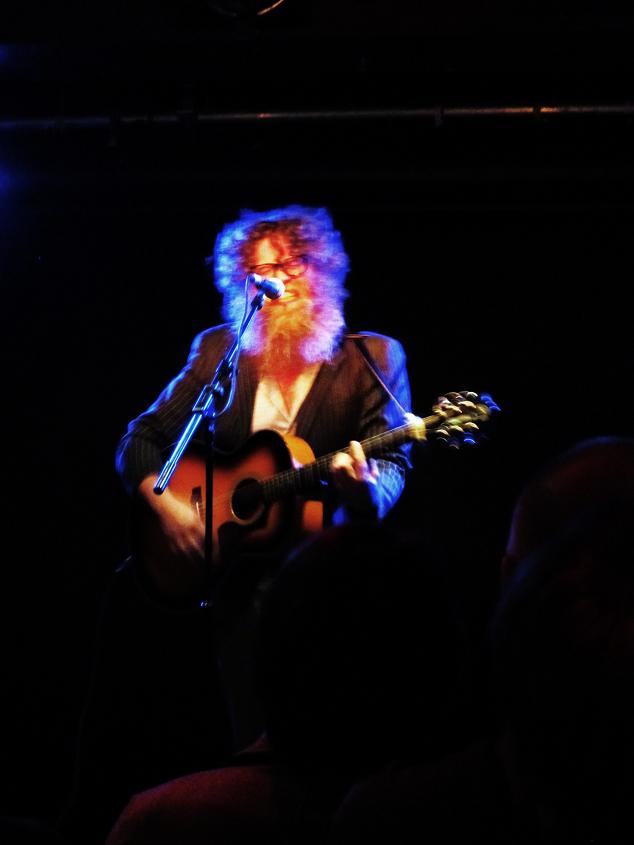 Now, another thing I am deeply not keen on is gig reviews that do nothing but lavish praise, but on this occasion I’m left with little choice.  Caplan has a great soulful bellow of a voice, which he can take to a low, Tom Waits-esque growl, or up into something more epic and almost gospel.  His lyrics are warm and funny (see ‘Seed of Love’), and his guitar work a perfect accompaniment, if nothing particularly showy.

It’s a shame not to see him with his backing band, (the superbly-named “Casual Smokers”) not least because this means that on certain songs he ends up singing/scatting the solos that would otherwise belong to a violin or a flute.  That works fairly well in places, but in others – such as ‘Beautiful’ – it ends up feeling a little forced. Although judging from the reaction of the crowd it doesn’t seem to matter.

It’s clearly a function of money, or rather lack of it, as is the rather unfortunate hiatus when he breaks a string and has to go offstage for “between 4 and 6 minutes” to fix it.  Although that does give my girlfriend the chance to overhear three girls in the toilets enthusing about how “sweet” he is, and how much they’d like to comb his beard.

Caplan covers every track from his album here, and squeezes in a few more, including a Gillian Welch cover and a version of ‘I’ve Got a Woman’ that relies on, and gets, extensive audience participation.  The fact that this includes me, when I normally hate that more than just about anything else, tells its own story.  Even the two tracks that I’ve never particularly liked, ‘Conduit’ and ‘Stranger’, make a lot more sense when you see him belting them out on stage.

His set lasts well over an hour, although as that includes the string changing time and an awful lot of chat, it makes me wonder how he coped on the recent European tour when English wasn’t his first language.  Less time on stage, I’d imagine, but I don’t think that would matter, or that you’d need to understand him to be swept along by the sheer energy of his performance. 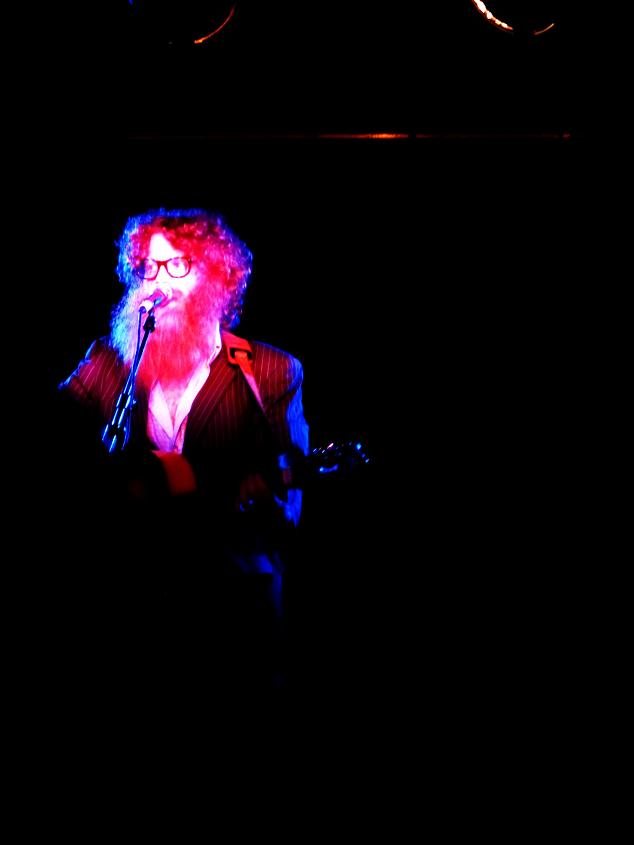 No encore, and I’m not even sure he’d have any songs left to play anyway.  And the man who’s been so clearly in his element on stage is revealed to be charmingly shy and  self-deprecating when we say hello at the merchandise table on the way out.  In a way, that only makes him more appealing, as you feel you’ve got to meet him before he’s honed his “meeting the fans” answers down to smooth meaninglessness.

But this man will be back, you feel, and if there’s any justice, the next time he turns up in London he’ll be popular enough to bring along at least a couple of backing musicians, and maybe even get to play on a night when he’s not competing with Guy Fawkes.

Probably too much to hope that there won’t be a brand name in the name of the venue though.  I just hope he’s still got the beard.

Next Story:
Peter Gabriel Plays So