Grunged Up and Greasy, Beast of Eden [Beasts] 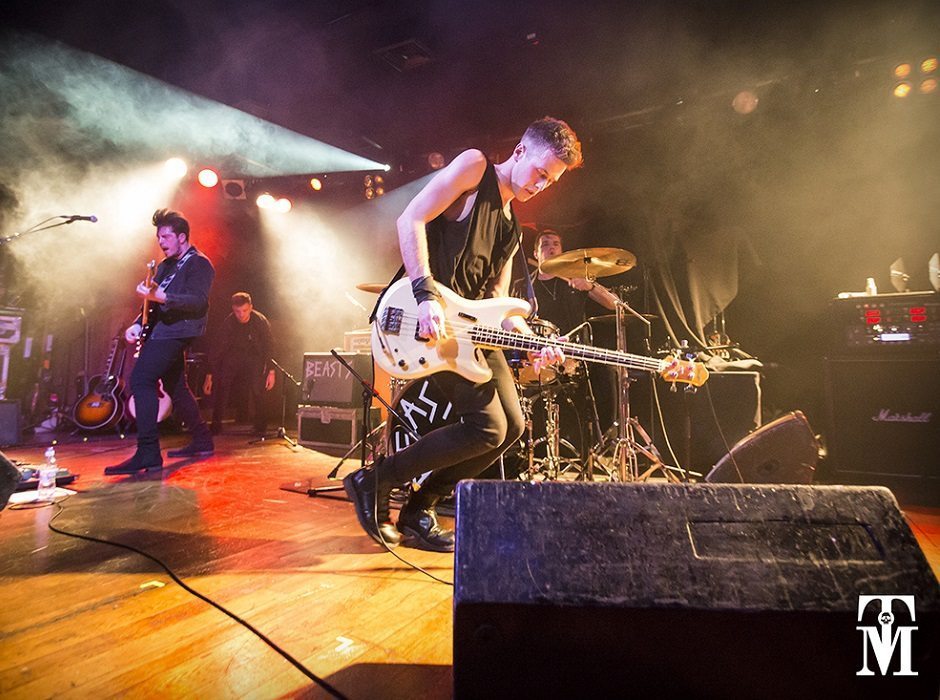 We’d dropped off a large coffin to the Town and Country Club in Kentish Town and were off to take a look at the trash triple bill that had been arranged for The Cramps’ day off.

Horror Party Beach, Frankenstein Meets The Space Monster and Bucket Of Blood were the order of the day on Sunday, 27th October 1991, but nearly twenty-five years on the cinema is no more and speaker stacks stand where a silver screen once hung. Other beastly things were now going on.

Well, ringa ding ding, a rather large queue had formed pretty early on for tonight’s sold-out show, the kind that Grease attracted when it first screened. But there was no Danny Zucco tonight, uh-uh no sir, for tonight Beasts were playing, revving things up for Theory Of A Dead Man. 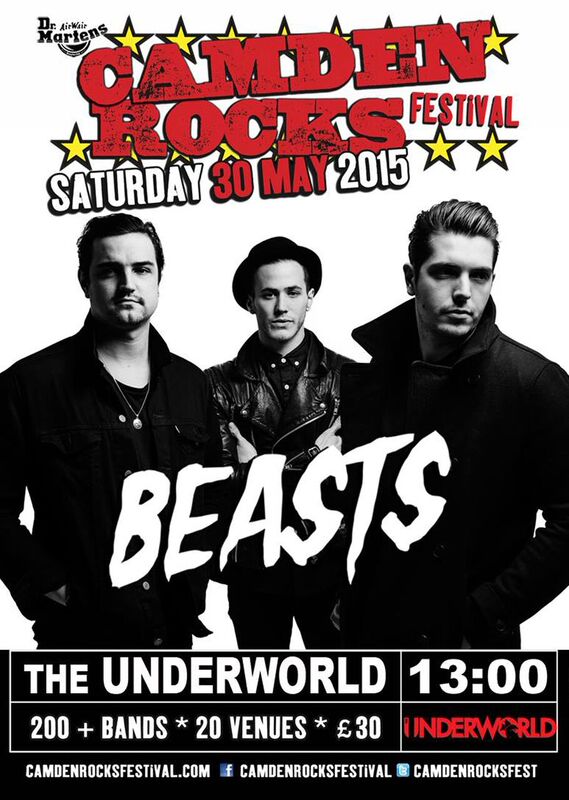 Inhabiting the no man’s land between metal and American slacker college rock, Beasts have the discordant minor melodies and double bass drum pedals of doom softened by catchy guitar riffs and shoegazer style vocals. Walking the fine line between hard rock and indie, with a nod to the 1990s, this is crunchy yet distorted melancholic grunge. Proof that you don’t need long hair to headbang (although it looks better in photos).

Relentlessly pounding opening number, ‘Old Bodies’ started with a thunder and was the cue for their fanbase to crush themselves up against the stage barriers; the natives sure were restless for these beastie boys.

A couple of songs later, ‘Annie’ showed their more subdued side.

Forthcoming single, ‘My Girl is a Serpent’ is perhaps their most commercial sounding song, evoking memories of Nirvana and Therapy?

Unashamedly showboating with some boot-clad monitor stomping from Joe and a marathon amount of stage scampering from Jaco, they filled the Scala floorboards effortlessly whilst Tom kept time with a Cheshire cat grin, paving the way very nicely indeed for TOADM.

We strongly suggest you get your own taste of beastliness at the following not-to-be missed rock and roll shows.

Next Story:
What costs more than gold, diamonds or drugs?