Backslap or Backstab – How Conflict Varies by Gender

[dropcap style=”font-size:100px; color:#992211;”]M[/dropcap]en get all soppy and hug each other after sporting conflicts whilst women stay angry for longer and fail to make it all nice again in the soapy bonhomie of the post-match communal bathtub. Aw, bless.

Forget that. Focus your mind on the research methodology of the study’s authors. This being a published, peer-reviewed document of academy-endorsed scholarship from one of the world’s leading educational institutions – the Ivy League ivory tower that is Harvard University.

Euclid’s Elements, the library of Charlemagne, Darwin’s Origin of Species. Evidently, what they really needed was a smartphone and a wifi connection. Suckers. And as any unconscious college girl can attest, cutting out all that boring book-learning gives the boys some extra time for that legendary Ivy League ‘party culture’.

It’s not exactly front-page news that when it comes to conflict, men and women are very different. The way they resolve those conflicts, though, is another story.

While men are often portrayed as aggressive and combative, a new study shows that, from the tennis court to the boxing ring — the modern-day equivalent of one-on-one conflict — men are more likely than women to make peace with their competitors after the final whistle blows.

Using videos of four sports in 44 countries, Joyce Benenson, an associate of Harvard’s Human Evolutionary Biology Department and a professor of psychology at Emmanuel College and Richard Wrangham, the Ruth B. Moore Professor of Human Evolutionary Biology, found that men are far more likely to engage in friendly physical contact — handshakes, back pats and even hugs — following competition than women. The study is described in an August 4 paper in Current Biology.

Importantly, Benenson said, the study also lends credence to what researchers call the “male warrior hypothesis” – the notion that males broker good feelings after conflict to ensure they can call on allies to help defend the group in the future.

“This finding feels very counterintuitive because we have social science and and evolutionary biology models that tell us males are much more competitive and aggressive,” Benenson said.

Though accurate, those models are incomplete, because they didn’t explain acurious behavior observed among male chimps.

“Male chimps show tremendous aggression, even to the point of killing other males, but they also often reconcile immediately following a conflict,” she said. “They do that because, in addition to the battle to sire the most offspring, they also have to cooperate to defend their community in lethal intergroup conflicts. So the question is how do you get from these severely aggressive 1:1 dominance interactions to cooperating with your former opponents so you can preserve your entire community? We think post-conflict affiliation is the mechanism.”

The quest to understand that mechanism has been a years-long search for Benenson.

The study was sparked by questions of how men prevail against outside groups — whether in war or in symbolic battles like business deals — while still continually competing with others in their own group. Earlier studies had shown male chimps were more likely than females to try to put hard feelings to rest following a head-to-head conflict, spurring Benenson and Wrangham to wonder whether the same might be true among humans.

To get at the question, they turned to a modern form of conflict — sports. Sports provide identical conflicts for males and females, so sex differences can be objectively examined. 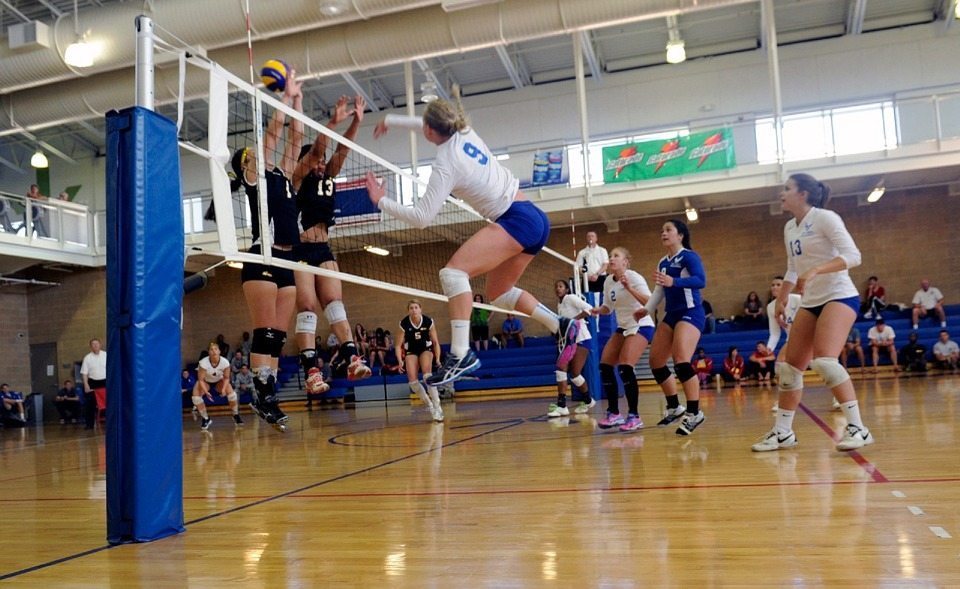 Scouring YouTube and the video archive of several international sports federations, researchers found hundreds of videos of tennis, table tennis, badminton and boxing matches, and focused their attention not on the match itself, but its immediate aftermath.

“We watched carefully to see what happened after the match ended,” she said. “The requirement is that people touch after the match ends, but how do they touch? They can just touch hands quickly, or they can really shake hands or give a pat or even a hug.”

Researchers watched hundreds of matches, taking care to ensure no player was repeated in any match, and found clear sex differences in all four sports.

“Most people think of females as being less competitive, or more cooperative, so you might expect there would be more reconciliation between females,” Benensonsaid. “With their families, females are more cooperative than males, investing in children and other kin. With unrelated same-sex peers however, after conflicts, in males you see these very warm handshakes and embraces, even in boxing after they’ve almost killed each other.”

So why is it that women seem less willing to reconcile following conflict?

Part of the answer, Benenson and Wrangham believe , may be tied to traditional gender roles that stretch to the earliest days of human history. Chimps and humans lived in groups of both males and females, but while males cultivate large friendship networks, females focus more on family relationships and a handful of few close friends – partly as a way to share the burden of raising children. The whole community gains when unrelated men successfully prevail against external groups. In contrast, women gain more from family members and 1-2 close friends who help with child care. It makes sense therefore that women should reconcile more with these individuals, and men with a larger number of unrelated same-sex peers.

Ultimately, Benenson said, the implications of the study could reach far beyond the boundaries of the playing field.

“What we’re talking about is women having a harder time when they have to compete with other women,” she said. “Studies have shown that when two females compete in the workplace they feel much more damaged afterward. I think this is something human resources professionals should be aware of, so they can mitigate it.”