Take Two of These and Cold Turkey in the Morning: America’s Opiate Crisis

Researchers believe alternative pain management options should be integrated with inpatients, including acupuncture, tai chi and others

State-by-state variations in the law relating to opiates, along with a thriving business in online ‘consultations’ are just some of the contributing factors in a nationwide addiction cycle which kills more Americans annually than terrorists, illegal aliens and Mexican crime cartels combined. You want a prescription for an addictive drug which will kill you, even when there are perfectly viable alternatives? Not a problem.

Honestly, it’s almost as if some unassailable industry or organisation were making money out of all the misery.

In one of the first studies of its kind, nearly one-third of 10,000 older adults were prescribed opiate pain medications such as morphine, Percocet and OxyContin while hospitalized for non-surgical conditions, a course of care significantly linked to poor outcomes such as being restrained and requiring bladder catheterization, according to startling new research by Northwell Health physicians.

The study, “Opiate Prescribing in Hospitalized Older Adults: Patterns and Outcomes,” is one of a pair focusing on pain management in older adults scheduled for presentation at the American Geriatrics Society Meeting being held in San Antonio, TX. With legislation in recent years governing prescription drug monitoring and the use of medical marijuana in New York State, Northwell investigators Sutapa Maiti, MD, Liron Sinvani, MD, and Gisele Wolf-Klein, MD, joined colleagues to spotlight perspectives and practices influencing these timely and contentious topics.

The investigators agree that alternative pain management options should be integrated into the inpatient setting, including acupuncture, tai chi, heat therapy, and exercise tailored to patients’ needs, among others.

“With older adults, both physicians as well as patients understand they’ll probably be living with chronic conditions such as congestive heart failure, arthritis or COPD for the rest of their lives, but what they really don’t want is the pain associated with these conditions,” said Dr. Wolf-Klein, director of geriatric education for Northwell Health. “This is all about quality of life. Patients’ lives may be challenged by illness, but pain is something that we as physicians have a huge responsibility to manage properly.”

Dr. Wolf-Klein is senior investigator of the second study, “Older Adults’ Perspectives on Medical Marijuana Use,” which found that 36 percent of seniors would be unlikely or extremely unlikely to use medical marijuana if prescribed. This reluctance exists despite 25 percent of the 93 study respondents reporting chronic pain and 43 percent using prescription painkillers in the pr 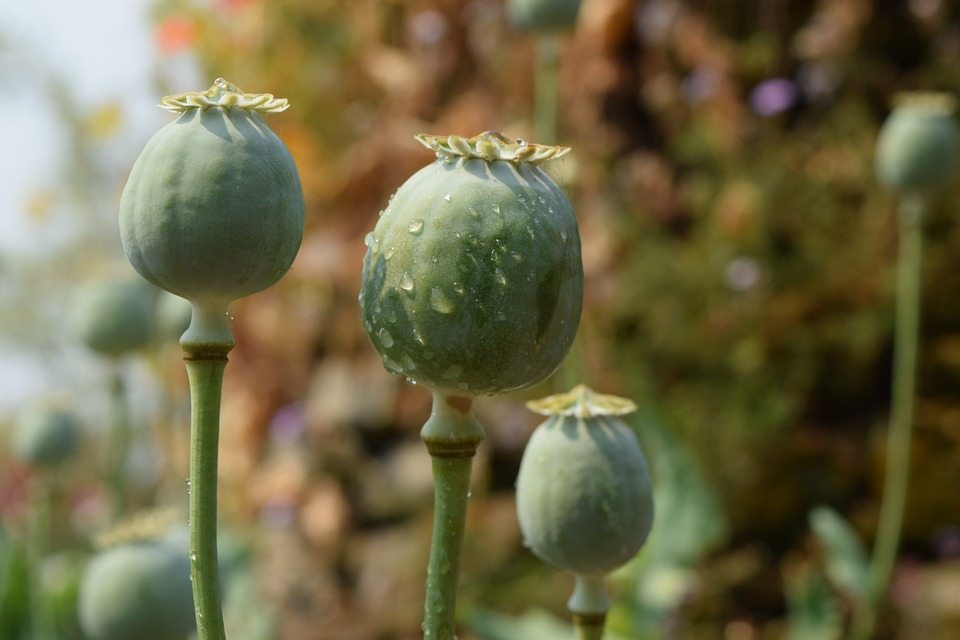 Meanwhile, since January 2016, medical practitioners in New York State have been officially able to prescribe medical marijuana for 10 qualifying conditions, including cancer, multiple sclerosis, chronic pain, neuropathies and inflammatory bowel disease, among others. Practitioners must complete a mandatory certification course to legally prescribe marijuana to their NY patients.

In the opiate study, Dr. Maiti and her team evaluated data on 10,529 patients aged 65 and older who were hospitalized over a one-year period in a large New York facility, comparing those who received opiates to those who did not. While hospitalized, 29.3 percent received opiates. And 83.9 percent of those patients were newly initiated or “naïve” to their use. Only 12.5 percent reported opiate use prior to hospitalization, while 11.2 percent were prescribed opiates at the time of discharge.

But seniors who received opiates while hospitalized were far more likely to suffer negative outcomes than peers who did not. These include being more than twice as likely to be restrained; taking no nutrition by mouth; having bladder catheters; and ordered to bed rest, among other associations. Patients on opiates also had a 50 percent longer average hospital stay and were more often readmitted within 30 days.

“What makes our study particularly interesting is that pain requiring opioids is expected in surgical or trauma patients, such as those with a hip fracture or after an accident,” Dr. Maiti said. “However, we are uncovering the prevalence of opiate use in chronic illnesses, which is a factor we hear about in the news daily as Americans are battling an opioid epidemic. This is one of the first studies to demonstrate that opiate prescribing during hospitalization is associated with poor short-term outcomes.”

“The use of opiates, when warranted, is a necessary component for providing high-quality care in the hospital setting,” she added. “The real question is, should we be so quick to resort to opiates in patients who are elderly and naïve to opiates? Or should there be other ways to explore and tackle proper pain management?”

In the medical marijuana study, Dr. Wolf-Klein and her team capitalized on its new legality to determine what attitudes influenced its acceptance among seniors. Seventy-one percent of respondents, with an average age of 71, had chronic conditions, while 19 percent reported previous use of recreational marijuana. Only 3 percent had received a prescription for medical marijuana.

Thirty-six percent of participants said they would be unlikely or extremely unlikely to try medical marijuana if prescribed. Their concerns over its use included side effects (30 percent), addiction (19 percent), legal (9 percent), and lack of acceptance from loved ones (8 percent) and medical providers (3 percent).

No significant association was found between respondents’ willingness to try medical marijuana and their age, gender, education level, chronic pain or other factors.

“It was interesting to see that people were not necessarily frightened about taking marijuana, but that those who admitted to using it in the past for recreational purposes would be much more willing to try it for pain than people who had never been on marijuana,” Dr. Wolf-Klein explained.

“I think the medical marijuana story is one we’re just beginning to write,” she added. “In the life of any kind of drug, a 12-month history is in its infancy. I don’t know that we have enough experience in the great variety of conditions it’s prescribed to have a profile of which patients are best helped, but if it seems to be of value, we need to help overcome some concerns or biases patients, families or practitioners might have.”

Next Story:
A Gravitas of Culture: Joseph Chidlaw (Interview)