Humanitarian groups will receive income from the artist-activist’s artful masks, some of which bear a defiant middle finger. 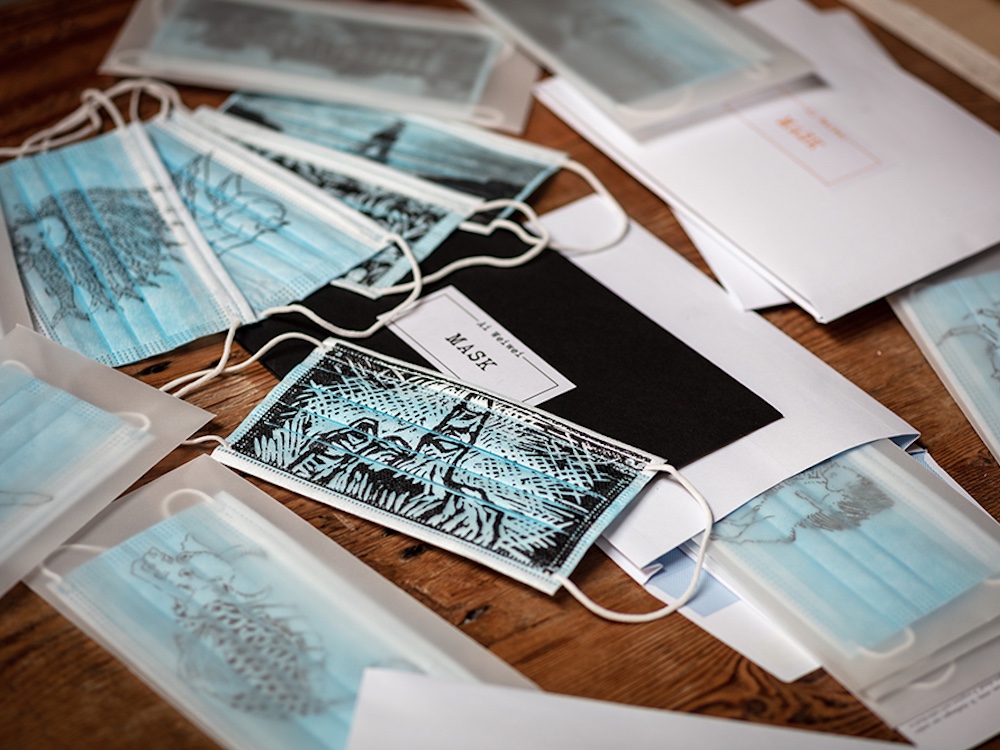 [dropcap style=”font-size:100px;color:#992211;”]A[/dropcap]rt has come together with activism in the shape of face masks created by Ai Weiwei which show images of sunflower seeds, mythical beasts and a defiant middle finger.

The Chinese artist and activist has printed an initial batch of 10,000 face masks to be sold for charity through eBay. All the takings will go to coronavirus humanitarian efforts led by Human Rights Watch, Refugees International and Médecins Sans Frontières.

Ai was at home in Cambridge when he began getting angry about face mask news stories including the US being accused of “modern piracy”, accused of taking masks meant for Germany.

It was almost laughable, he said. “It is such a waste. There is so much argument around the mask. A face mask weighs only three grams but it carries so much state argument about global safety and who has it and who doesn’t have it.”

He printed a wood carving onto a mask and put it on Instagram. People asked how they could get hold of one, and from that came his new art project.

The artworks will have images familiar to fans of the artist’s work, including sunflower seeds based on his Tate Modern installation in which he filled the gallery’s Turbine Hall with 100m individually crafted sunflower seeds, while some will include his middle finger gesture of defiance. The images have been silk-screened by hand in Berlin on to non-surgical cloth face masks. Ai predicts people will buy them to collect rather than wear, and likened each purchase to an act of hope and social awareness.

He adds that people are right to feel anger towards China over the pandemic. “When we talk about humanity the most important thing is trust, between people and between nations. Without transparency and trust you cannot play the game. China has been for a long time not trustable. We have all accepted that.” China had intentionally covered up information about the outbreak, even destroying medical evidence, he said. “China has been acting in the old military way: everyone who questions them can be a potential enemy.”

The project is curated by Alexandra Munroe, who said the masks were artworks which symbolised life in the time of coronavirus. “To have one is an ethical and creative act to overcome our tired isolation and participate in a collective enterprise of real compassion.”